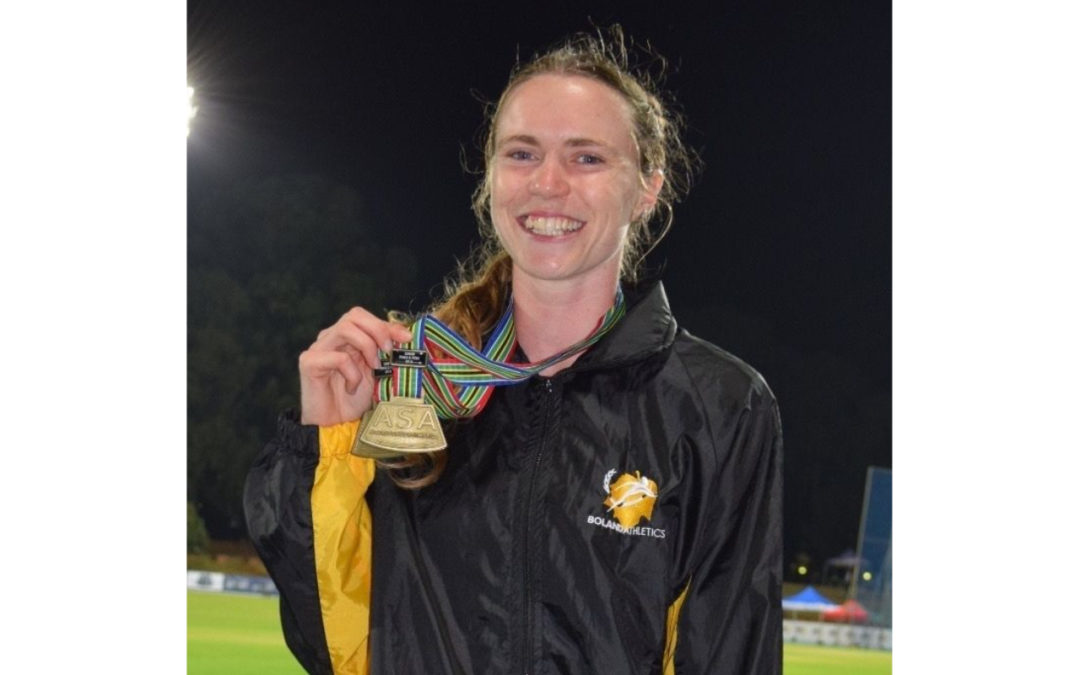 It is a comeback story of note for Justine Palframan, who told gsport last year about the mental health challenges she faced, and how she reached breaking point.

Justine Palframan on the Comeback

“Before the decision to stop my 2019 season and go look after my mental health, I found it especially challenging because I thought I was letting people down, I kept pushing myself, I kept ignoring how I felt and said it would get better.

“I put my running first, I realised I was in trouble when I couldn’t go a day without a suicidal thought, this is when I decided it was time to look after my mental health no matter the consequences that came from withdrawing from teams.

“This struggle made me realize how little certain people take in to account the mental health of athletes, a physical injury, such as a hamstring tear is a good enough reason but with a mental injury, you are met with “just be happy and run”.

In an Instagram post after winning this weekend, she wrote: “Again this weekend I was reminded that I am enough. I am not just an athlete, athletics is just part of what I do. I wasn’t so kind to myself, there was a lot of tears, there was moments I doubted I would event arrive at the starting line. But I did and I am proud what I have achieved.”

She is not the only athlete to face such challenges and bounce back.

Rising netball star, Tumi Mahlako, bounced back from a year-long injury to be included in the South African team for the Netball World Youth Cup, which unfortunately had to be cancelled due to Covid.

Last September, Mahlako was beaming when she spoke to gsport about how she recovered to achieve her dream of playing in the green and gold.

“In 2019 playing in the USSA’s I tore my ACL in my right knee. Worst moment of my life to hear the doctor say I have to be out a year. I mean, I was just a first year student that wants to play netball. I had no knowledge whatsoever what an ACL even is, so you can imagine. But it wasn’t as bad to get through as I thought it would be, mainly because the support structure I had was amazing. Of course I wanted to play netball, but along the journey I started to find my “WHY”. Why did I start playing netball in the first place? What do I want to achieve, and HOW am I going to achieve my goals?

Mahlako found the silver lining during the year off the court as she forged ahead mentally.

She spoke honestly about the road back, saying: “…I grew so much during that time that I don’t even recognize the Tumi I was before my injury. I’m really the best version of myself right now. And that’s how I got through 6 months of doing rehab by myself during the lockdown. It takes so much discipline to wake up every morning and rehab to be stronger, not to play, not to be fit, just to heal completely from the surgery”, she said.

Rhythmic gymnast, Shannon Gardiner, is another athlete who is learning to overcome challenges and keep her eye focussed on the prize.

After an almost career-ending injury, Gardiner is on the comeback trail, and eyeing participation in the next Commonwealth Games and Paris 2024.

So, how does she keep herself motivated, especially on bad days? Gardiner spoke to gsport last June about the road back and how she is approaching it.

“Bad days are normal in a sport like mine as sometimes you think your apparatus hates you and only wants to run away and this is when the going gets tough with the constant repetition over and over.

“I train for 4 hours a day and it is difficult to keep yourself going for all those hours especially if you are dropping or not performing well and you are tired. I always take days like those as more of a mental training than a physical training as this could happen at competition and you can’t just give up, so why give up in training as I believe you train like you are at a competition.

“One thing I think to myself during these moments, is how much hard work and time I have dedicated to get where I am, and giving all of that up for one bad day of training is not worth it, as one bad day can lead to hundreds of successful competitions and training as you learn for your mistakes and to concentrate no matter what happens.”

In the first #MondayMotivation feature, we were inspired by Zola Thamae, Lydia Monyepao, and Bronwyn Roets, trailblazers in their own right.