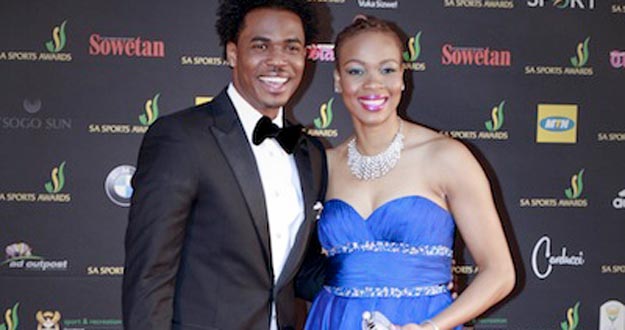 Accomplished SPAR Proteas Netball powerhouse Zanele Mdodana returns to the national team for the Tri-nations series against England and Trinidad and Tobago in Port Elizabeth this coming week.

The 29-year old Mdodana missed the recent tour of England after sustaining an injury during the recent Senior National Netball Championships in Rustenburg, but along with goal shooter, Chrisna Bootha, returns to bolster the national team.

The Tri-Nations series – to be broadcast live in South Africa and England – will be played at the Nelson Mandela Metropolitan University, where Mdodana was named 2006 NMMU Student Sportswoman of the Year, and currently works as a sports manager.

Mdodana’s many career highlights include captaining the SPAR Proteas to a crucial 47-43 win over Malawi in August 2012, to establish South Africa as the top netball team in Africa.

Success at the highest level of netball has not changed Mdodana, who also plays for provincial team Nelson Mandela Bay, and explains her love for netball comes from her dad’s sisters, who were great netball players in their days.

The talented player’s netball career began at the age of 11, and she pursued her dream until she succeeded in making her SPAR Proteas debut, in 2005. “It was the most amazing feeling, that feeling of HEAVEN YEAH, dream come true!”

Growing up, Mdodana admired Lana Krige(her current coach), Australia’s Sheryl McMahon and legendary Irene van Dyk, who now plays for New Zealand, but it was her parents who remained her constant support, and helped her achieve the career highs she has.

“My parents encouraged me to continue playing even after giving birth to Zuko. My dad was a SA rugby player in his time, a staunch lover of sport. They also understand that netball is a great part of my life and it brings me so much joy and peace hence they support me.”

Mdodana’s career highlights include the significant milestones of captaining the Proteas, and reaching 50 caps. “The big challenge is that netball is not a professional sport in SA as yet, so taking leave from work – sometimes unpaid leave to represent your country, is a major challenge.

“I must add that my work accommodates me, as far as they possibly can.”

Mdodana lauds Minister Fikile Mbalula’s moves to assist netball and turn it professional as the “greatest news ever”. “This is what netball in SA needs,” insists Mdodana.

“For us to compete competitively against the top countries in the world, we need to be professional. His support for netball is amazing, and greatly appreciated.”

Mdodana says the upcoming Netball Professional League is a great initiative. “It’s what every netballer has been praying for, finally our prayers are answered. It’s the breakthrough netball has been needing for years. It will improve the level and standard of netball in SA.”

She says the SPAR Proteas are aiming for a medal at the next World Cup in 2015. “We are ranked 5th in the world, that is great considering that we are not a professional sport, we can only – and will only – improve.”

Mdodana is excited about the future of SA Netball, with plans well underway to turn the sport professional. “The fact is that netball will be a sport that every young girl will want to play. That it will be given the recognition that it deserves, and that SA Netball will be one of the top three teams in the world.”

She has high praise for pioneer women’s sports sponsor, SPAR, who has been supporting the team for many years. “SPAR has stood by netball and supported netball for many years; they have walked this road with netball and are continuing to do so.

“They have renewed their sponsorship this year again. We wouldn’t have been where we are today if it were not for SPAR. SPAR has indeed been very good to us. SPAR is good for us!”

Mdodana is a proud resident of Bluewater Bay, Port Elizabeth. “Life is simple and relaxed, no hustling and bustling like Johannesburg. No traffic,” she says. The devoted mother of five-year-old Zuko says she loves the sea, the calmness and the peace of PE.

A cornerstone in her life is her son, whom she describes as a genius. “I call him Sprex or WAH..

“God was thinking about me when He made him … The most amazingly beautiful person inside and out! I’m in awe at Gods creation, Zukolwakhe means ‘God’s Glory’, and that is indeed what he is.”

Mdodana, whose favourite women’s sports star is Caster Semenya, says the best way to raise the profile of women in sport is for sponsors to come on board, the same way they do for the male dominated sports.

Her advice to aspiring Proteas Netball players: “Talent is not enough, as everyone is talented. Add hard work, dedication, unconditional commitment and discipline. Then you are guaranteed success.”

Netball aside, this sassy young woman enjoys ball room dancing, writing, running, reading and baking, but her greatest ambition remains to fulfil her purpose. “Being that person I was born to be, doing what I was born to do…,” she explains. 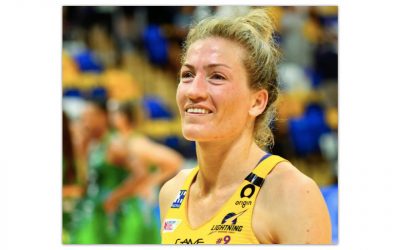