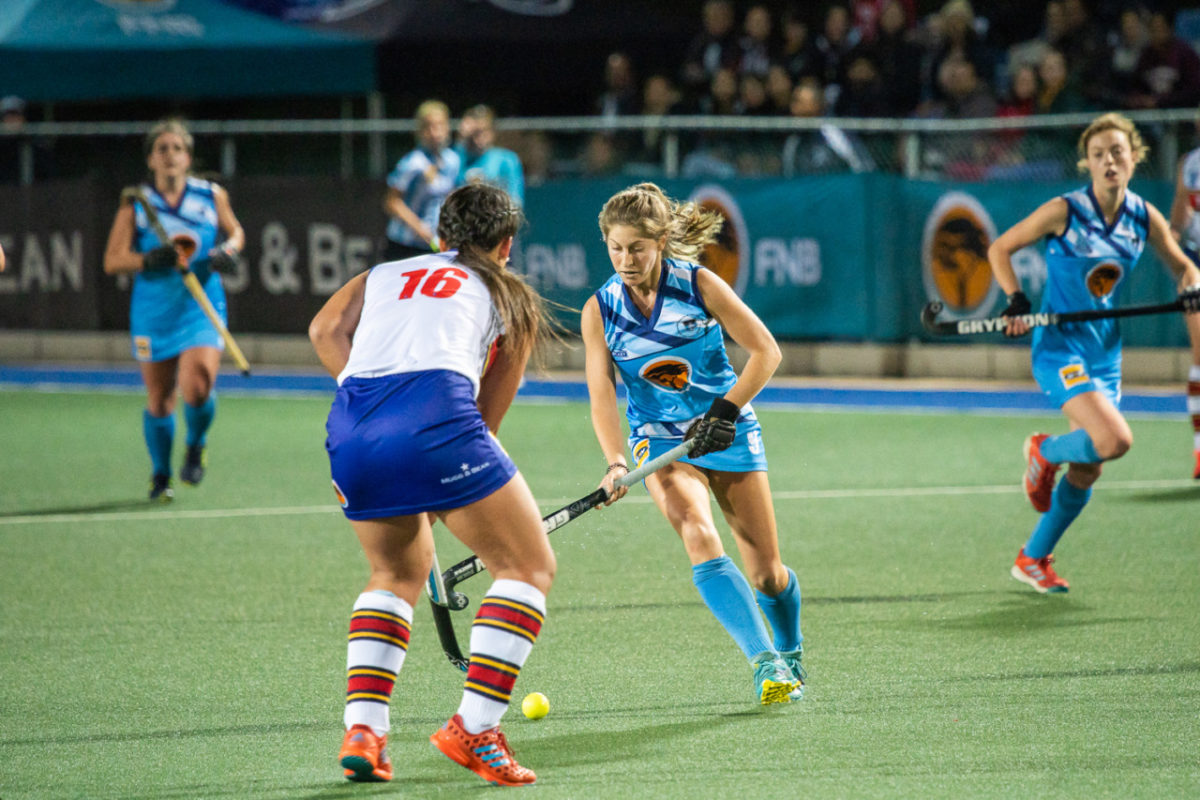 UCT came from behind to defeat defending champions Tuks in the final match of day three in Cape Town on Sunday evening.

The match started at a rate of knots with both teams creating chances although neither side was able to break the deadlock.

It was the visitors who spent more time in the UCT half of the field with Onthatile Zulu being a constant threat on attack. UCT keeper, Nepo Serage, made a couple of good saves and were ably assisted by Gillian Hermanus who cleared one shot off the line after Serage was beaten but had her last line of defence in place.

Tuks went into halftime with the score locked at 0-0 but they would have felt like they were never far away from opening the scoring.

However, it was more of the same in the third quarter as it was in the first two, with both sides unable to create good chances from which to test the keepers.

The deadlock was finally broken in the 46th minute when the nippy Maikemisetso Maroakane scored a brilliant field goal to give Tuks a two-goal cushion. That goal seemed to spur on the home side and they immediately hit back with a brilliant field goal of their own. Francesca Vercelotti slammed home from close range after a strong run by Nicole Koenig from midfield.

Koenig then got on the scoresheet too when she scored from a short corner in the power play which meant her goal counted two and suddenly the home crowd found their voice as their team were suddenly 4-2 ahead.

UCT endured a couple of nervy moments at the end but they held on to take the match 4-2 at the end.