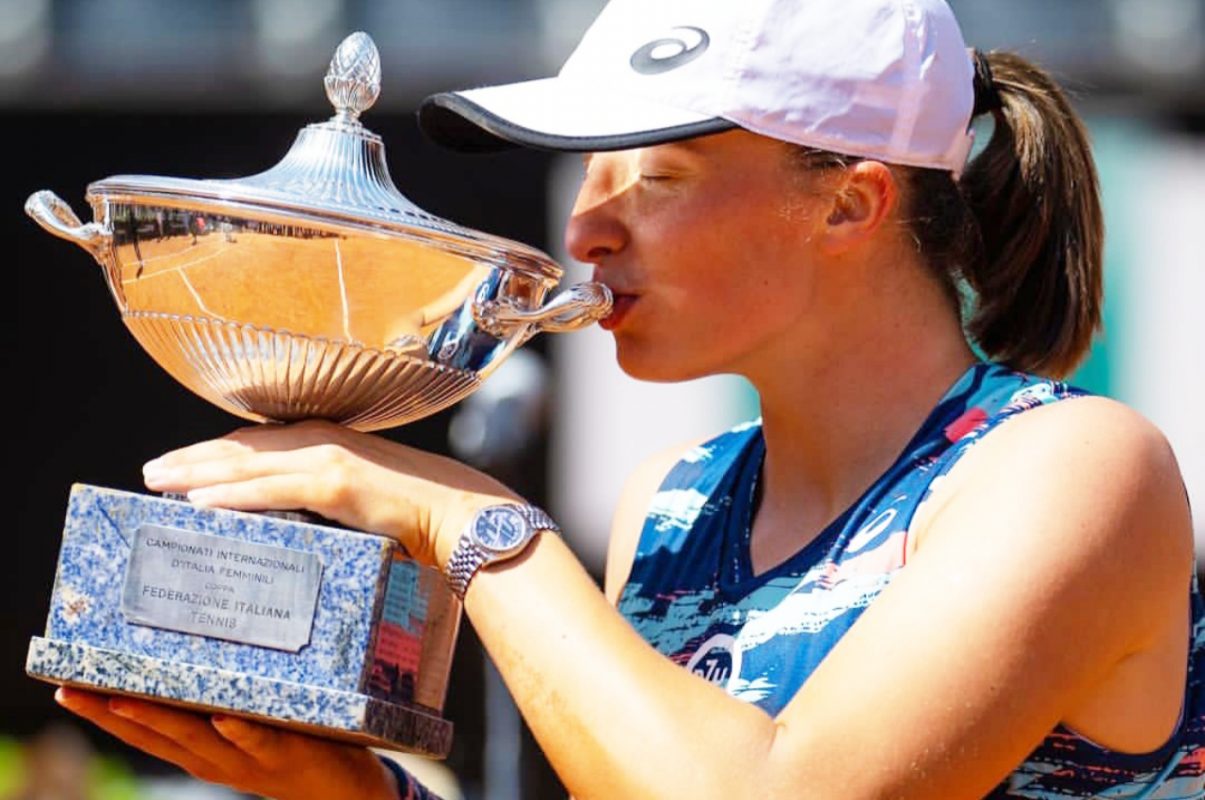 World No.1 Iga Swiatek’s successive run continued in Rome as she defeated Ons Jabeur in straight sets in the Italian Open final on Sunday, 15 May 2022.

The 20-year-old broke down into tears on the clay court after sealing her fifth straight title and her 28th successive win.

It was the first time Swiatek has ever defended a title and dropped only four games to secure a win in an hour and 23 minutes.

The Polish star now holds the longest winning streak on the WTA 1000 tour since Justine Henin, who got up to 32 in 2008.

Swiatek’s play was simply too much for Tunisia’s Jabeur, who struggled to get into the game with a 6-2 6-2 loss.

“I want to congratulate Ons because she had such a good run on the clay court,” said Swiatek in her victory speech.

“You have shown fight, spirit, so much variety that it’s really nice to have you on tour. Your tennis is different and your tennis is really interesting for women’s tennis I think,” she added.

“It wasn’t easy for the whole week to play every day, but the crowd gave me so much energy that it was no nice to play here and be in Rome.”

Congratulating Swiatek on her victory, Jabeur says: “I want to congratulate Iga for the great run. Her team are doing a great job, you are all a great inspiration for us so thank you.”

Photo 1 Caption: World No.1 Iga Swiatek successive run continued in Rome as she defeated Ons Jabeur in straight sets in the Italian Open final on Sunday, 15 May 2022. Photo: WTA (Instagram)