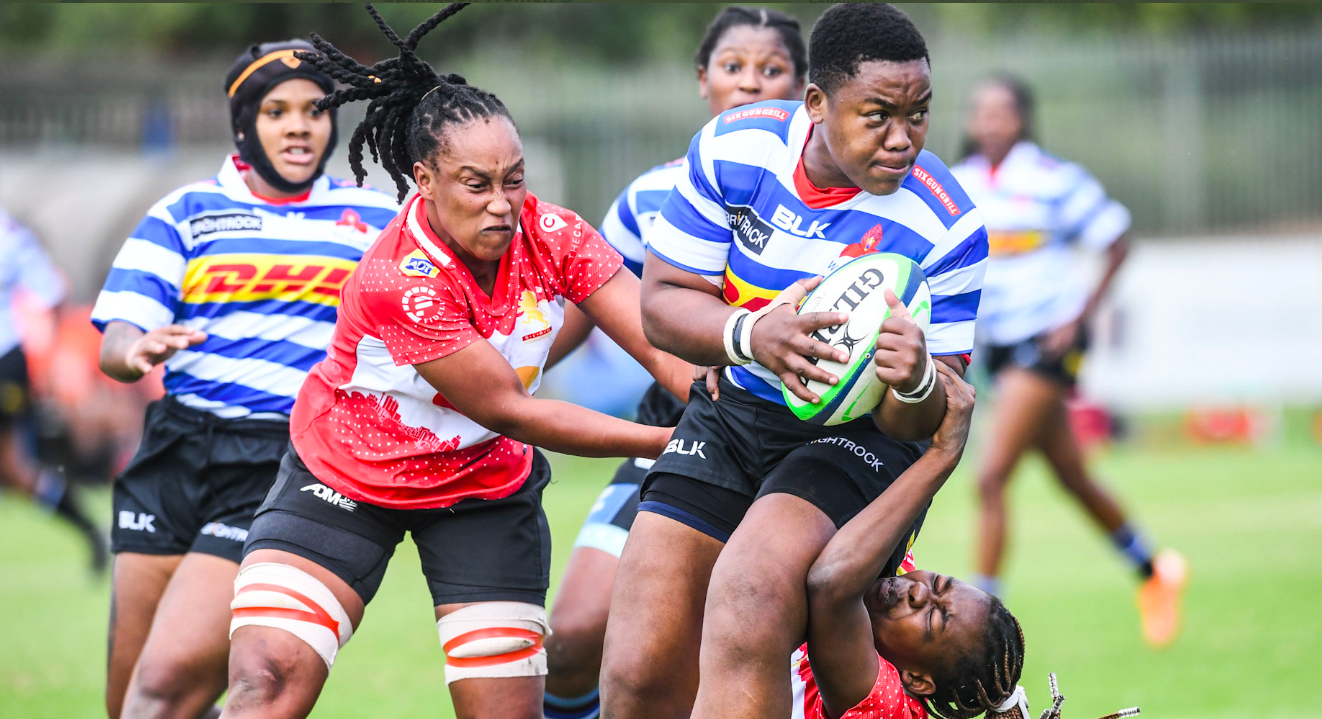 Western Province showed their strength and determination to prove why they are top the log, as they defeated Mastercard Golden Lions Women in their encounter at Wits University on Saturday, 14 May 2022.

The Lions did not make it easy at first for the Capetonians, but they found their rhythm and set the tone for the rest of the match.

The Blue Bulls played host to the Cell C Sharks at Loftus Versfeld in Pretoria. The visitors showed shark mentality but it was the fighting spirit of the Bulls that saw the home side come from behind to claim their second home victory and third consecutive victory of the tournament with their final score of 21-13.

The final match of the weekend saw Border Ladies take on Boland Dames at the Sisa Dukashe Stadium in Mdantsane in the Eastern Cape.

Border continued their fine form in the competition as they held a commanding lead of 14-5 at half time.

It was an entertaining and tight clash but Border held on for a 32-15 victory.

Photo 1 Caption: DHL Western Province showed their strength and determination to prove why they are top the log, as they defeated Mastercard Golden Lions Women in their encounter at Wits University on Saturday, 14 May 2022. Photo: Women Boks (Twitter)