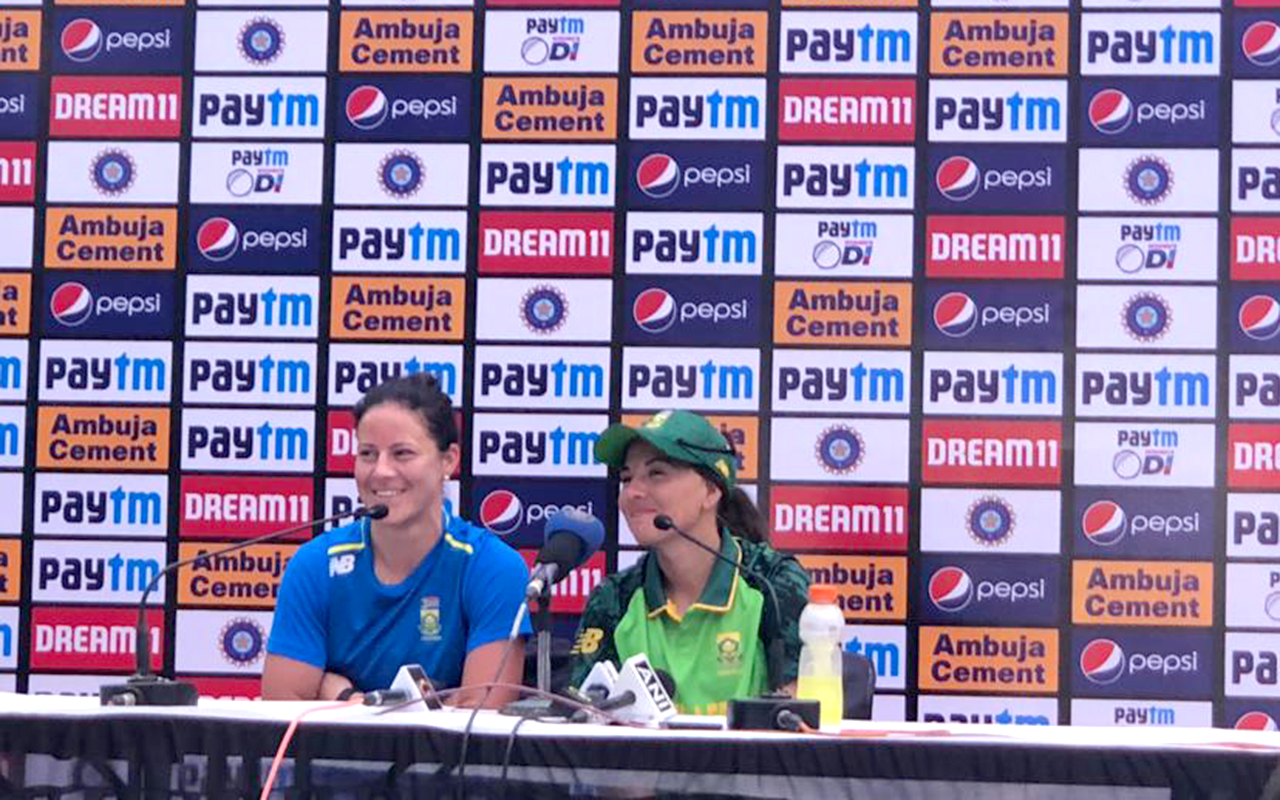 India have taken a 1-nil lead in the three-match ODI series after beating South Africa by eight wickets in the opening encounter in Baroda. Set 165 to win, India got off to a great start with debutant Priya Punia and teen sensation, Jemimah Rodrigues, putting on an opening stand of 83 to give India the ideal platform to pursue victory.

The duo batted with maturity and confidence and made everyone forget that India were without star batter, Smriti Mandhana.

When South Africa finally got the first breakthrough in the 21st over, it was off the bowling of debutant Nondumiso Shangase who had Rodrigues trapped LBW for a well played 55 off 65 deliveries. It’s no doubt a moment the right arm off break bowler will cherish for a while to come.

Unfortunately for South Africa, the damage was already done with a commanding opening stand and India chipped away at the target with Punia and Punam Raut continuing the good work done at the top.

Punia brought up her maiden half century on debut off 89 deliveries to loud cheers from the crowd as her team mates applauded her from the dressing room.

By the time Nadine de Klerk picked up the wicket of Raut who was LBW for 16, India needed just 37 runs to win from 18 overs.

LISTEN IN: Kass Naidoo sums up the Proteas Women’s performance in this audio report from Baroda, India:

In walked the legendary Mithali Raj, celebrating 20 years in ODI cricket, to bat alongside the debutant and take India home to a commanding victory.

The home team chased down the target for the loss of just two wickets and with 8.2 overs to spare.

Punia topscored with 75 off 124 balls to steal the show in the opening match, and fittingly hit the winning runs.

Earlier, South Africa got off to the worst possible start after winning the toss and electing to bat. The returning Jhulan Goswami trapped the dangerous Lizelle Lee LBW off the first ball of the series to deny South Africa an explosive start on a pitch many said was full of runs.

Trisha Chetty came in at three and together with Laura Wolvaardt fought back but their partnership of 32 was cut short as Chetty was stumped off the bowling of slow left arm orthodox spinner, Ekta Bisht, for 14 (17).

Mignon du Preez came out to bat and took the attack to India but Bisht struck again as Du Preez was stumped for a run a ball 16.

While Wolvaardt lost partners, she kept accelerating the scoring but found good support in captain Sune Luus as they added 33 for the fourth wicket before Wolvaardt was bowled by Sharma for 39.

When Marizanne Kapp strode to the wicket, there was much hope that she and Luus would pull the innings together but their partnership lasted just 14 runs and from then on the visitors lost 3/12 to slump to 115/7.

When debutant Nondumiso Shangase was dismissed in the 33rd over for 4, SA looked set to fold for less than 120.

But young Tumi Sekhukhune fought hard alongside the experienced Marizanne Kapp who shouldered the responsibility as she reached her 8th ODI half century. She was out soon after for 54 as the Proteas Women were bowled out for 164 in the 46th over.

Jhulan Goswami was the pick of India’s bowlers with 3/33 as she became the leading ODI wicket taker for the women in blue taking her tally up to 219 wickets in this format.

Photo 1 Caption: South African stand-in skipper Suné Luus (right) at the after-match press conference with Marizanne Kapp. South Africa won the toss and chose to bat, posting a total of 146 before being bundled out in the 46th over, an asking total that India achieved two wickets down, and with 50 balls remaining. Photo: gsport

Photo 2 Caption: Coming in at no. 6, SA opening bowler Marizanne Kapp batted with a class for a patient innings of 54, guiding South Africa to an under-par total of 164 with the lower order. Photo: gsport

Photo 3 Caption: Right arm off break bowler Nondumiso Shangase showed insights into her future value when she took the big wicket of Indian teen sensation, Jemimah Rodrigues, out LBW for 55 in her debut ODI match for the Proteas Women in Baroda, India, on Wednesday. Photo: gsport