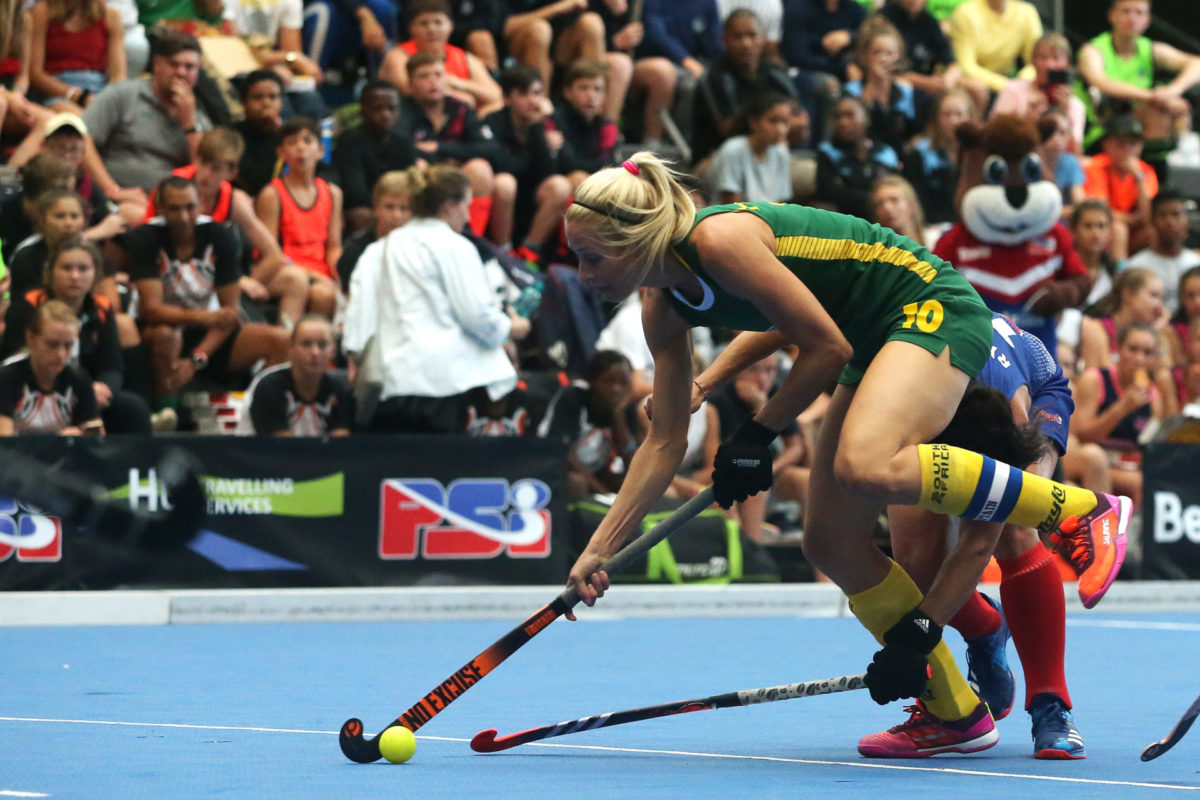 An expectant crowd at UCT awaited the SPAR South Africa and PSI International All-Stars for the second match of the four-match series. The two sides had played out a scintillating opening fixture that ended 3-3 and set the scene for an exciting second match.

SPAR South Africa appeared buoyed by the crowd and the opening match performance. They started the game slightly better with Kelly Reed and Cindy Hack both firing wide after fantastic work to create some goal opportunities. South Africa looked to be turning the screw and then found themselves frustratingly trailing. Irelands Alli Meeke, who won a silver medal in the FIH Hockey World Cup, earlier this year finished off a half chance to give the International All-Stars the early lead.

South Africa surged forward quicker than teenagers for cell phone chargers, and Cindy Hack was denied by a super save by Alex Heerbaart to keep the lead. The second goal of the game looked like it would be a pivotal one and it eventually came when Marlena Rybacha made it 2-0 with an unstoppable penalty corner flick. The goal was a winding punch to the stomach and it got worse for South Africa when Lena Lindstroom celebrated her birthday with a field goal from the right-hand side

In the second half Rybacha would add her second before Kiana Cormack, the Namibian, scored the International All-Stars fifth goal of the match. The game lost its edge a bit in the last few minutes as both sides tried something different. South Africa pulled off their keeper, but even with the extra player could not break down the opposition defence.
Kiki van Wijk and Janne Muller-Wieland were once again superlative in their displays producing several interceptions, tackles and key passes throughout the match.

After the game birthday girl Lena Lindstroom shared her thoughts: “It feels amazing to get a goal on my birthday! Psi is unbelievable, I have never played in a set up like this and it is so much fun! Thank you for the support and all the cheers!”

“The atmosphere is absolutely incredible. The opportunities created for kids is amazing, I mean we have seven players in our team that have come through Psi. It shows the youngsters the importance of dreaming big and chasing those dreams. In terms of the hockey we are using this series to prepare for the tour to Switzerland and it’s imperative that we use it to work on our structures and plans so that we go and cause a few upsets in Europe!”

The remaining matches of the series all take place at UCT Sports Centre at 18:30 on the 18th and 19th December.