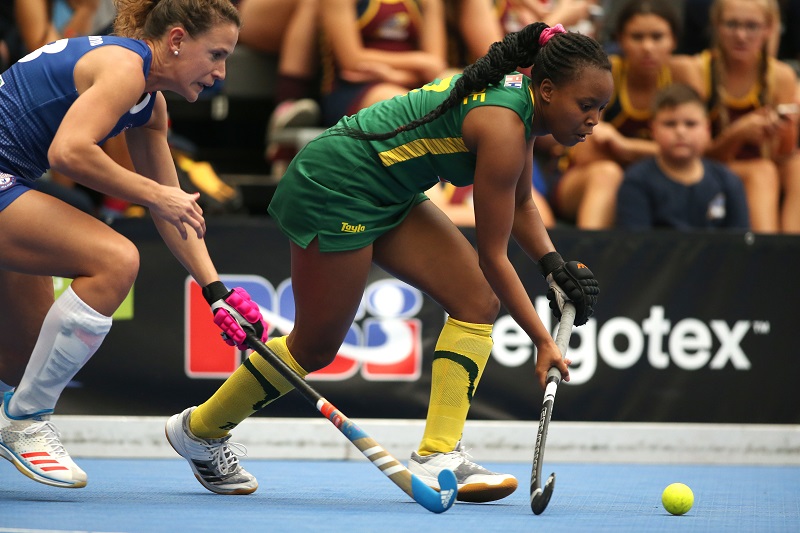 The SPAR South Africa women are gearing up for their January tour to Switzerland and Czech Republic where they will play ten test matches. With the focus on that, the Psi All-Star series has been an excellent opportunity for the ladies to train and play together as they build towards the tour.

On the third night of the series SPAR South Africa team took the game to their much-fancied opponents and twice took the lead deservingly through Kelly Reed and then again through Jessica Lardant. But as good as South Africa were in the first half, the internationals kept fighting back with Janne Muller-Wieland and Kiki van Wijk pulling the strings. At half-time it was 2-2 thanks to Kiana Cormack from a stroke and Marlena Rybacha from a penalty corner.

If there was ever a performance to epitomize what an All-Star is, Rybacha, the Polish captain, produced it in the second half. Her no nonsense all action approach delighted the crowd and her player of the match performance was crowned with her own hat-trick. To settle the result Allison Meeke, a world cup silver medallist, and Muller-Wieland got late goals to add gloss to a fantastic match of indoor hockey.

There were many positives for coach Lennie Botha. His team contested the match brilliantly in the first half and created some great opportunities that the World Class Alexander Heerbaart. The form of some of the youngsters in Jessica Lardant, Jamie Southgate and Tegan Fourie is looking good, while Cindy Hack is arguably playing the best hockey of her life. Her connections with Kelly Reed are sublime and something the internationals have taken note of.

Another player who has been tremendous for South Africa since her debut against Zimbabwe earlier this year is Edith Molikoe. She shared her feelings after the game:

After the game Rybacha, the energetic player of the match, shared her thoughts on Psi and the game of indoor hockey:

“Psi is an amazing event. I have played at three World Cups, but this crowd is special in such a different way. The kids want to enjoy the hockey, but they also want to learn from us. I would love to say to the kids, play with fun. You can play hockey for a long time, so never give up, keep trying, keep training and have fun!”