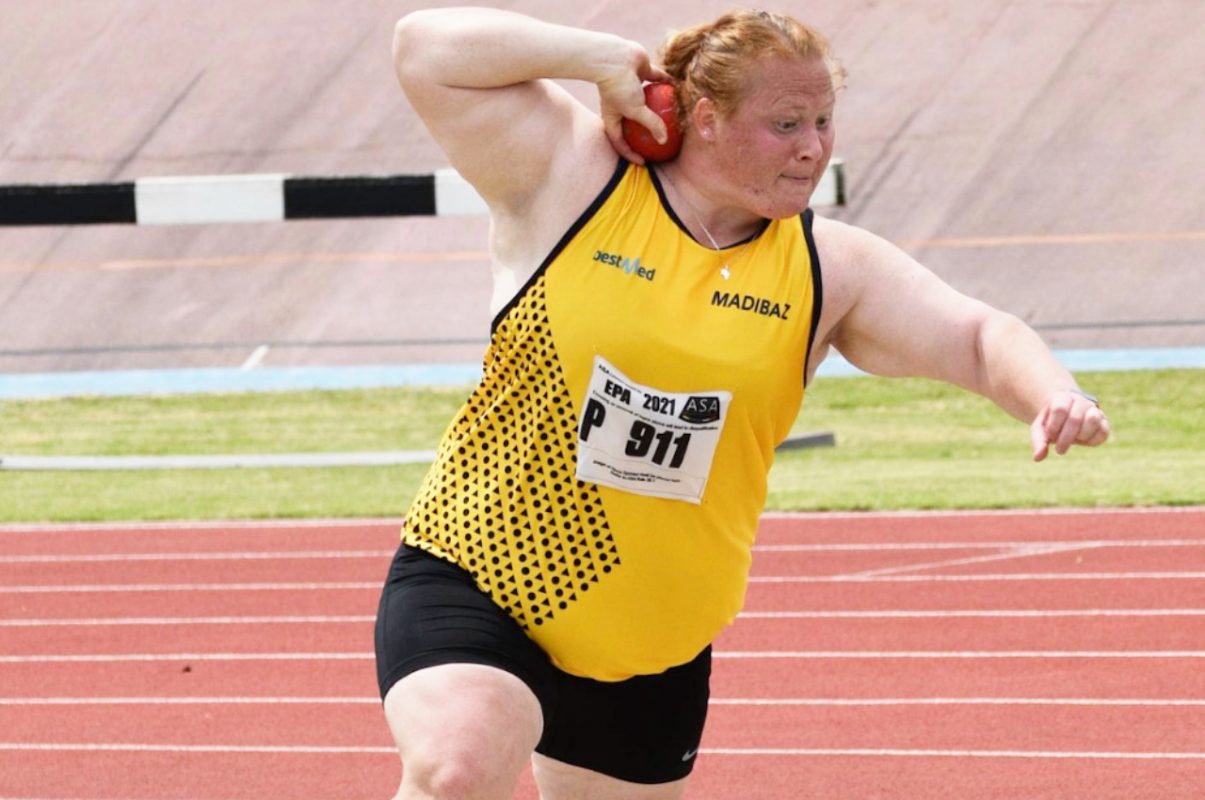 Madibaz field athlete Ischke Senekal aims to use her achievements at last week’s University Sport SA championships in Cape Town as a springboard for further improvement this year.

The 29-year-old from Kariega, who is busy with her master’s degree in education at Nelson Mandela University, won the shot put (15.71m) and took silver in the discus (51.22m) at the event.

Senekal said she was happy with her efforts after what she felt was a disappointing showing at the SA National Championships earlier this year.

“It did not go as I wanted in the nationals because although I got gold in the shot put, I was only fourth in the discus,” said the 2018 African shot put champion.

“So, for me, the USSA champs went much better as I improved my distances and picked up gold and silver.”

She added that the disruption of the Covid-19 pandemic had set her back.

“That really affected my plans to work on increasing my distances in each event as we could not practise as normal.”

Senekal Looks Ahead to Improve PBs

Looking ahead, Senekal said her sights were set on improving her personal bests of 17.56m in the shot put and 56.86m in the discus while her ultimate target was the SA shot put record of 17.88m.

The Madibaz athlete has been included in the South African team to compete in the African Championships in Mauritius from June 8 to 12.

“I really want to use that occasion to try to achieve the goals I have set myself.”

Senekal has been competing internationally since winning the discus number at the African Junior Championships in Botswana in 2011 and said  her taste for high-level competition was undimmed.

“Simply, I just want to be the best I can be in the sport that I love,” she said. “If I motivate some young athletes to achieve well then that is a bonus.

“My message to them is never to give up on their dreams no matter what because there will be obstacles in your path. You just have to jump over them and keep looking ahead with a positive attitude,” concluded Senekal.