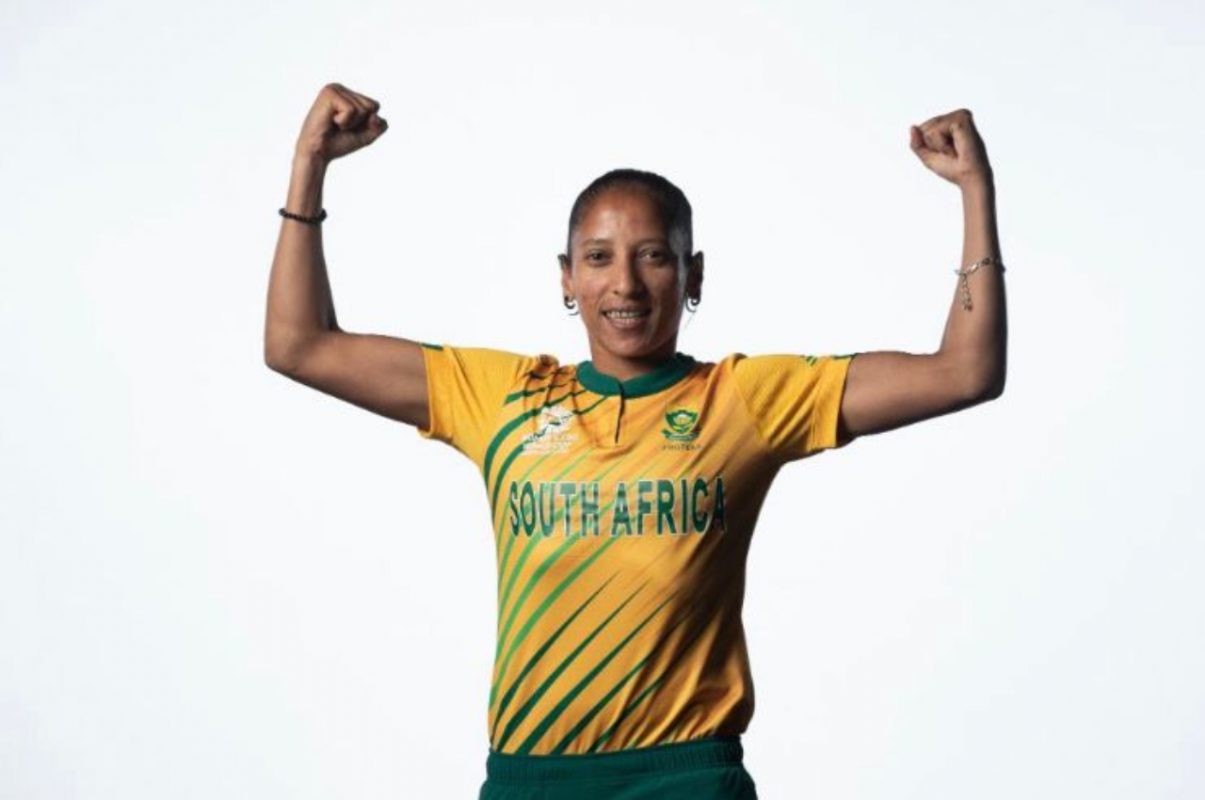 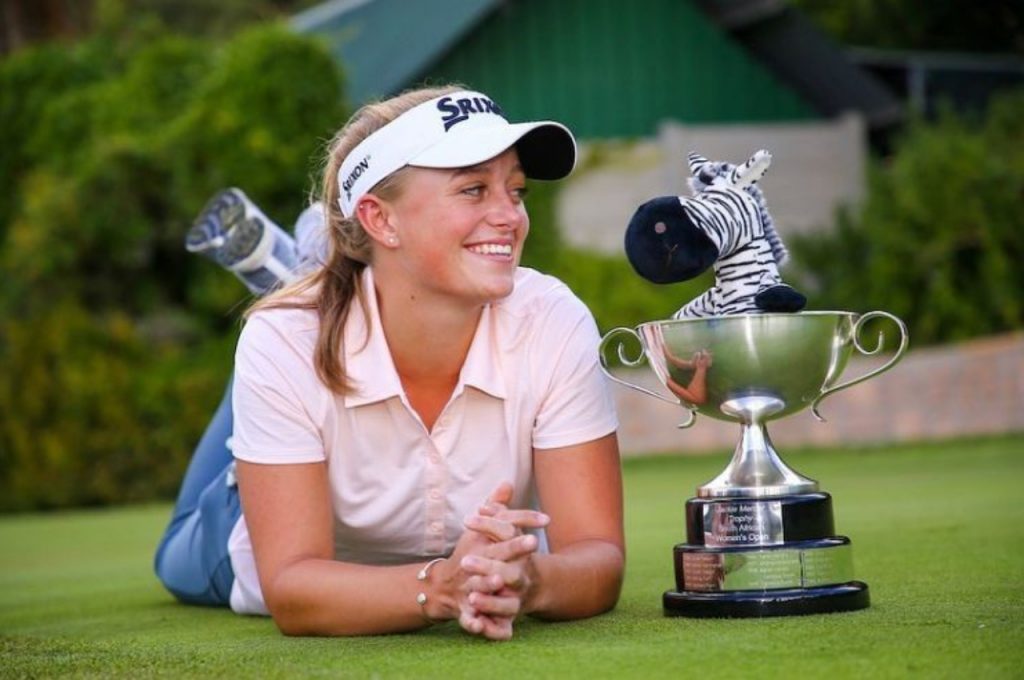 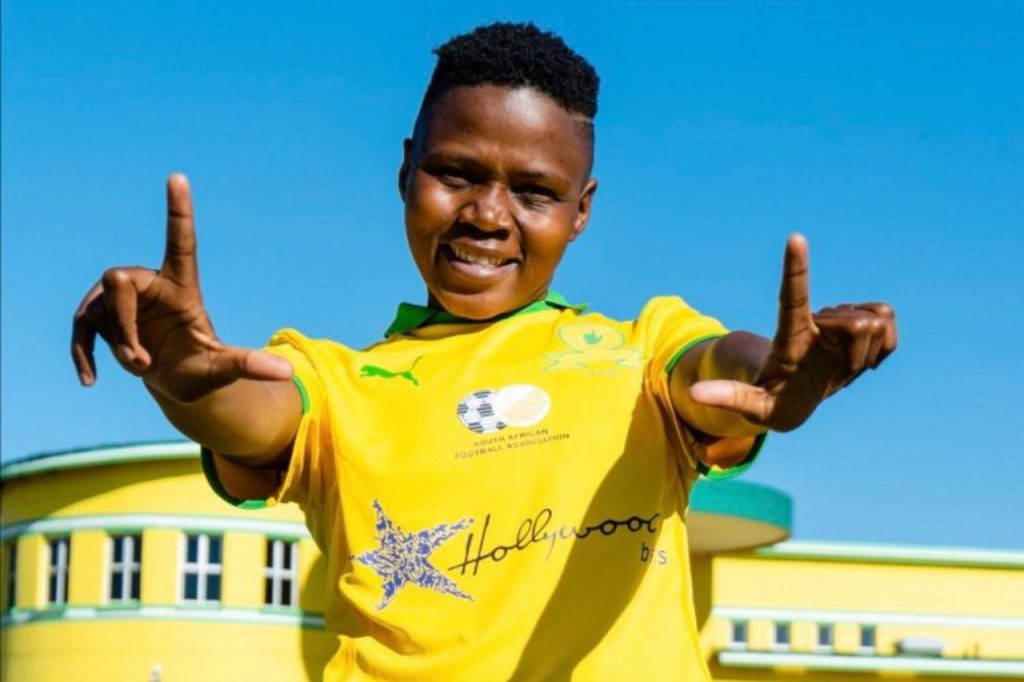 Ismail, Macnab and Mulaudzi Shortlisted for Momentum Athlete of the Year

Banyana Banyana star, Rhoda Mulaudzi, golf star, Caitlyn Macnab and Proteas Women cricketer, Shabnim Ismail, will battle it out for top honours in the Momentum Athlete of the Year category as public voting opens for the 2021 Momentum gsport Awards at gsport.co.za/voting.

This prestigious category, which has been in existence since 2007, honours a sportswoman whose excellent work dominated at a senior level or internationally in the year under review (June 2020 – June 2021)

A cricketer has never won the Momentum athlete of the year before and global cricket star, Shabnim Ismail, is delighted to be a finalist this year.

“I am really honored to be a finalist. I have been working really hard on my game in the past couple of years. I tried to be as consistent as I know I can be, so the past year has been a very good year for myself and my team. I really appreciate the recognition by gsport for putting a stamp of approval on my work,

“I have had a number of moments that really stood out for me and gave me never ending goose bumps in my career such as being named Player of the Match in the WBBL final during my first time playing in a crowd of that magnitude for the Thunder team.”

Ismail, who is the reigning South African Women’s Cricketer of the Year, also became the first South African woman to take 150 wickets in One Day International cricket in March this year.

Speaking about the impact that the Momentum gsport Awards has on women’s sport, Ismail added, “ I love that the Momentum gsport awards gives a lot of recognition to women in sport in South Africa. So many female athletes come through this platform and get more recognition in their sporting codes and the industry at large, that is how you grow women in sport, it can only get better from here.”

Rhoda Mulaudzi whose influence was undeniable in Mamelodi Sundowns Ladies’ debut season of the Hollywood Bets Super League, is also up for the Momentum Athlete of the Year award. In late 2020, the Banyana Banyana star jetted off to showcase her footballing talent in the Belarusian Premier League as a forward for Champions Dinamo Minsk where she scored eight goals in 15 appearances to help her side to winning their first league title.

Reacting to being named as a finalist for this year’s Momentum Athlete of the Year, Mulaudzi said, “I am extremely humbled and grateful to be a finalist in the category that has so many excellent women in sport. It is an amazing opportunity and something that I am very proud, it encourages me to keep going, keep working hard towards all the dreams and ambitions I have. It has been a very long and hard journey. This nomination is not only for myself, but also for my family, friends, partner, manager, sponsor, supporters, the media that has always told my story and everyone who has contributed in my career, this represents all of them.”

Reflecting on her career, Mulaudzi said, “When I look back on my career and I have to say my life changed when I got an international contract in Australia which led to me getting a sponsor, being called into the national team for the FIFA Women’s World Cup and also going on to secure more international contracts.

“My career has been a miracle, winning two Champions League’s with two different teams in two different continents in six months, winning the national league with Mamelodi Sundowns, being a SAFJA Player of the Year and so many other accomplishments. Sometimes I get caught up in what I still want to achieve that I forget how brilliant my career has been, making it as a finalist for the Momentum Athlete of the Year is the best reminder of how blessed I have been as an athlete.”

Another sporting code that has never won in the Momentum Athlete of the Year category is golf and reigning amateur champion, Caitlyn Macnab, will look to change that. The 19 year old made a massive impact on international golf courses. She made South African golfing history when she lifted the title of the Sunshine Ladies Tour’s Jabra Ladies Classic.

Reflecting on the year she has had both at home and internationally and what being finalist of the Momentum athlete of the year means, GolfRSA’s number one woman golfer had this to say:

“The last year has undoubtedly been the most difficult and frustrating 12 months for all South African athletes and I am really proud of how I was able to manage all the challenges that the pandemic brought about to achieve some incredible milestones.

“Some of my top highlights included defending my SA Women’s Match Play title, retaining the number 1 ranking on the GolfRSA circuit and becoming the first amateur to win on the Sunshine Ladies Tour since 2007 with an 8-shot victory in the Jabra Ladies Classic.

“Other major highlights were winning the leading amateur prizes in the Investec South African Women’s Open here on home soil and in the Jabra Ladies Open in France.

“I am very honoured to be named a finalist in the Athlete of the Year category and really grateful to Momentum and gsport for recognising my achievements. I also want to give my amazing team a shout-out for supporting me and everyone who gave me opportunities to reach for greater heights.”

Double Olympic gold medallist, Caster Semenya, is the most celebrated winner in Momentum Athlete of the Year category, which has also previously been won by Banyana Banyana legend Portia Modise, Two Oceans and Comrades marathon winner Caroline Wostmann, Welterweight boxing champion Noni Tenge and reigning Momentum Athlete of the Year, world surfski champion, Hayley Nixon. This award has never been won by a golfer or a cricketer in 15 years of the gsport awards.

Winners of the 16th Momentum gsport Awards will be unveiled on 31 August 2021.

Check out the latest women’s sport news in the Momentum-powered gsport newsroom and cast your vote for your leading #gsport16 candidate here.