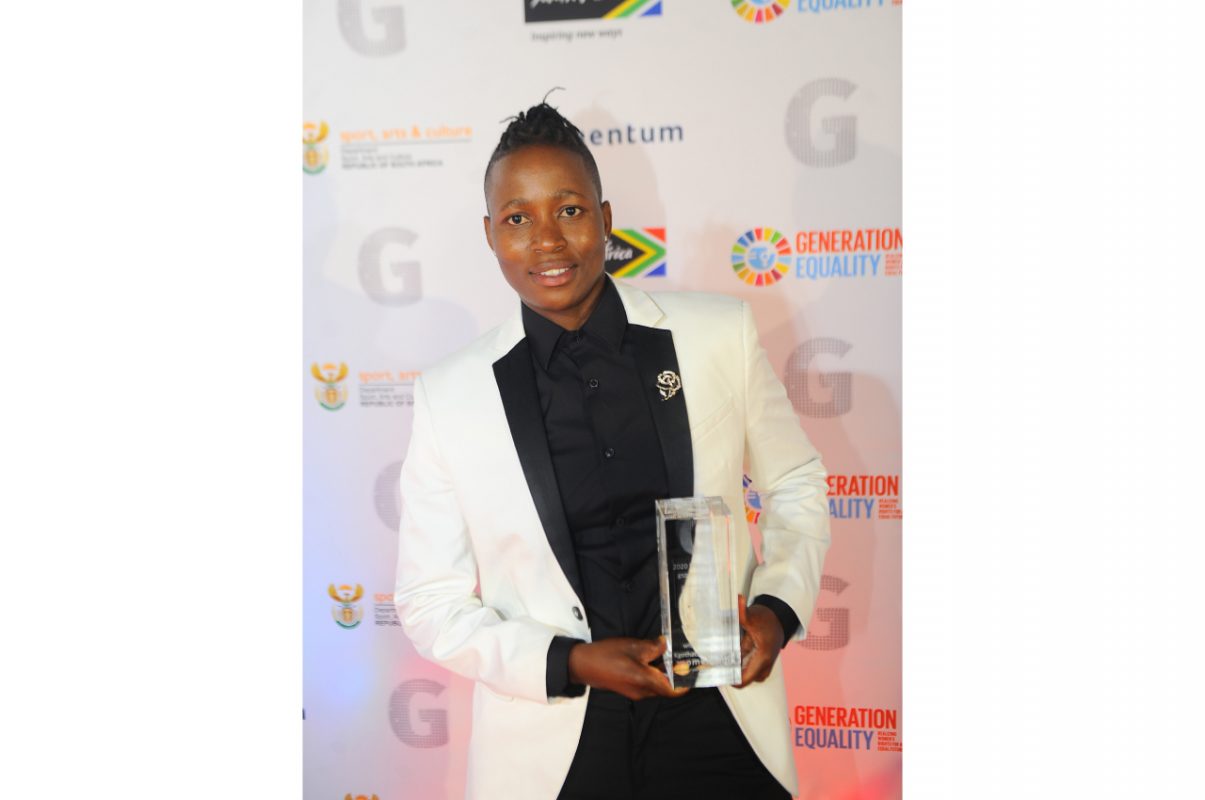 South African Wimbledon history maker, Kgothatso Montjane, leads the list of finalists for 2021 Momentum gsport Awards. The four-time winner on the gsport stage, features in the categories for Sasol Global Woman in Sport Award and Brand SA Para Sport Star of the Year.

Montjane’s inclusion comes on the back of an incredible performance on the world stage as she became the first black South African female to compete in a singles and doubles final at Wimbledon.

The 16th edition of Africa’s longest running women’s sport recognition platform, is endorsed by the Department of Sport, Arts and Culture, and backed by leading insurance and financial advisory services, Momentum, as headline sponsor.

International cricketer, Shabnim Ismail, caps off a stellar campaign, as she is shortlisted in the Momentum Athlete of the Year category. In November 2020, Ismail became the first overseas player, male or female, to win the Player of the Final award in the Women’s Big Bash League in Australia.

In March this year, she became the first South African woman to take 150 wickets in ODI cricket and went on to win the SA Women’s Cricketer of the Year award. Ismail’s achievements saw her catch the attention of England organisers as she secured a contract for the new lucrative cricket tournament, The Hundred.

Ismail is up against influential South African football star, Rhoda Mulaudzi and SA’s No.1 ranked golfer, Caitlyn Macnab for the prestigious accolade.

Aiming to retain her gsport Supporter of the Year title, Selina Munsamy’s passion to back women in sport has been recognised again this year. Long-distance runner, Nontu Mgabhi and women’s sport photographer, Andries Kruger, conclude the category.

The Sasol Global Woman in Sport category features players who have made their mark on the international stage, and along with Montjane, includes one of the most accomplished South African women’s footballers, Thembi Kgatlana and road cycling champion, Ashleigh Moolman-Pasio.

In the running for the Imperial African Woman in Sport Award, the category will be contested by experienced journalist, Juliet Bawuah, South African international striker, Ode Fulutudilu and founder of Sports Redeem, Violet Jubane.

Rising gymnasts, Naveen Daries, 100m sensation, Reabetswe Moloi, and up and coming cyclist, Ainsli de Beer, compete for the Emerging Athlete of the Year award which recognises athletes excelling at national and provincial level during the Year under Review.

The SA Women’s Water Polo team, Africa’s first ever representative at an Olympic Games. 2020 COSAFA title winners, Banyana Banyana and SPAR Challenge Series, Spar Proteas, battle it out for Team of the Year.

Cycling SA, SA Gymnastics Federation and GolfRSA are recognised for their work to raise the profile of women in sport as finalists in Federation of the Year category.

Nielsen Sports SA Sponsor of the Year lauds brands who put women’s sport first and will be contested by Hollywoodbets for backing the Women’s Soccer League, Sasol as sole headline sponsor of the SA women’s senior national team and the Sasol League, as well as Telkom, who sponsor South Africa’s domestic netball league.

The Woman in Social Media category features women who are using their platforms to promote, create awareness and to champion women’s sport at every opportunity. This year’s finalists are cricket content creator, Lesego Pooe, GolfRSA’s Lali Stander and SABC Sport’s Nandi Buthelezi.

The public help choose the winners through free voting which kicks off on the gsport Voting Hall at gsport.co.za/voting on Monday, 2 August. Voting will close at midnight on 12 August 2021. Register a free membership at gsport.co.za and show your support by voting for your leading candidate.

The finalist with the most number of votes, who doesn’t go on to win a category, will be declared the Public Choice Award winner.

The premiere of the annual Momentum gsport Awards will be showcased on SuperSport on Tuesday, 31 August 2021.

* Dumisani Chauke, originally selected by the Judges, withdrew after the announcement of Finalists. Guidance from the Awards Auditors confirmed Kesa Molotsane as the ranking nominee to succeed Chauke as a Finalist in the Telkom Woman of the Year Award category, at the 2021 Momentum gsport Awards.