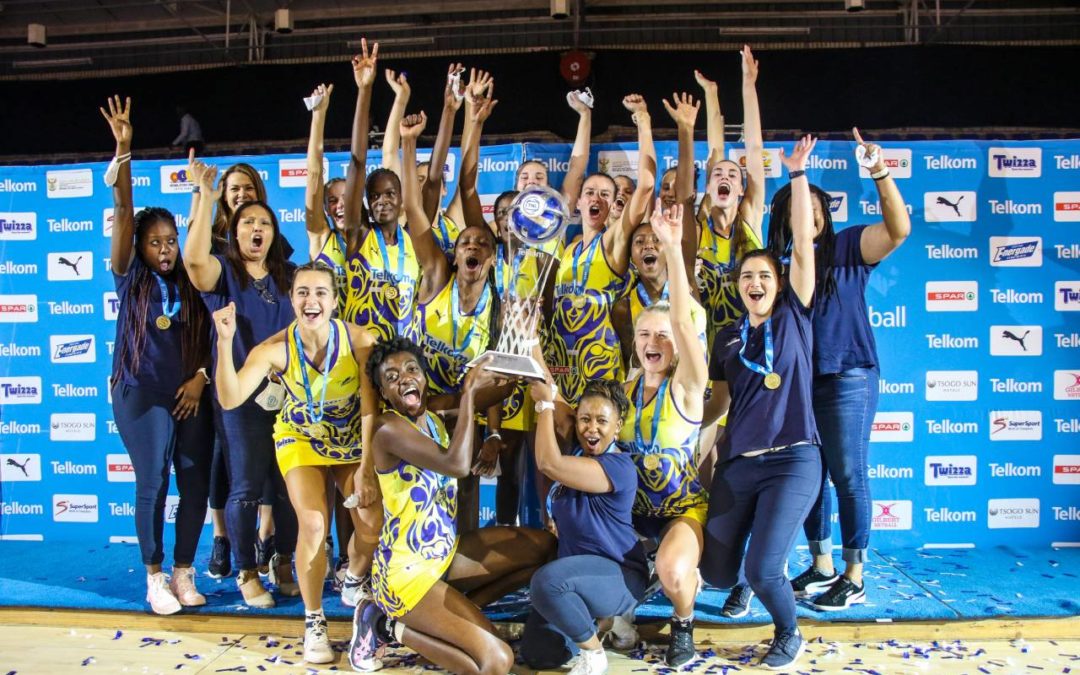 Gauteng Jaguars were crowned the champions of the Telkom Netball League following their 38-26 victory over Free State Crinums at the Mangaung Indoor Sports Centre in Bloemfontein on Tuesday, 27 October 2020.

There were no decisive breakaways by half-time which ended 16-15 to the Jaguars. The Gauteng side gained momentum in the third quarter and extended the lead by seven goals. Crinums’ shooting circle was not on par and their poor ball placements in all thirds also lost them the game at the end.

This is Jaguars’ fourth successive championship, and they were unbeaten in the competition, winning 11 matches in total and being held to a draw by Southern Stings during the group phase.

‘’It was always important for me to give our best performance in every game because that is how we bring about big changes to become true champions. In the beginning that didn’t pay off losing to the Crinums in the final in the past but at the end of the day that is also important for us to be able to show ourselves that we can’t just perform when it matters, we need to perform throughout and perform even better at the end,’’ Jaguars coach Jenny Van Dyk commented after the game.

Earlier on, Kingdom Stars redeemed themselves after losing 11 consecutive games in the Telkom Netball League by beating the Eastern Cape Aloes 54-30 in the promotion/relegation match. It was the 16 intercepts and 31 turnovers that made a huge difference for the KZN side and goal keeper Jeanté Strydom’s player of the match performance also ensured Stars retain their position in Division A.

Aloes coach Sameshia Esau made multiple changes and substituted six players in the third quarter which destabilized the team even more as they struggled to keep up with the different combinations.

Stars captain Precious Mthembu was elated after her team’s first win: ‘’We just needed to finish strong and that is where the composure came in. It is a learning curve for us and we just going to go back home and work on our mistakes, but we really had a good tournament.’’

Mthembu also spoke about some areas the team needs to improve on ahead of next year’s tournament:  ‘’We just need to polish up on our mid-court and get more players because we struggled when Nontuthuko Khomo got injured but I think the girls have learnt a lot from this tournament and we’ll go and prepare even more for next year.’’