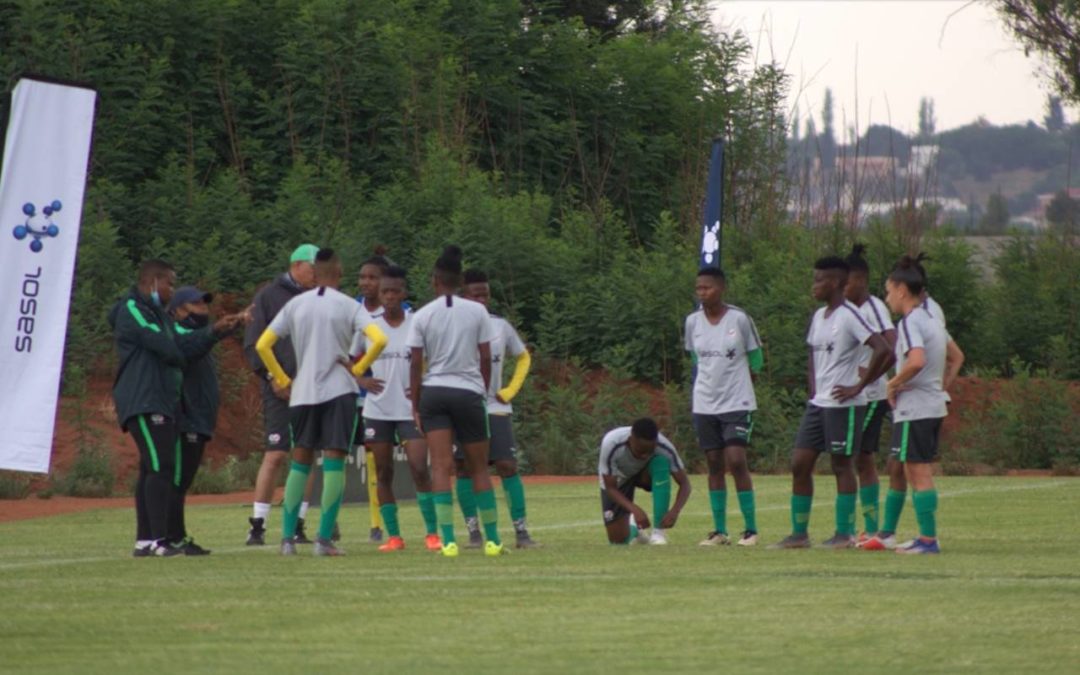 Banyana Banyana coach, Desiree Ellis and her U17 counterpart, Simphiwe Dludlu have given updates on their respective teams after one week selection camps in preparation for the upcoming 2020 COSAFA Women’s Championship to be staged concurrently from 3 -14 November 2020.

The tournament will take place in the Nelson Mandela Bay and both teams are currently camping at the SAFA National Technical Centre, south of Johannesburg.

“I think the game went well, it was a test because we had a lot of questions with regards to the fitness, technical preparedness, tactical understanding of the game and understanding of each other as a team,’’ said Banyana’s Ellis.

‘’However, the most important part was the execution of the game plan as well as the mental state to be able to handle pressure and push for 45 minutes and more,” she added.

Ellis said they had managed to analyse how to build-up from the back.

“Do we panic or keep calm; I saw players build-up from the back and find solutions for themselves. It looked better but we can still do more fitness-wise. It is not where we want it to be for the tournament but it is better because they have an understanding as compared to when they first reported for camp.’’

Her sentiments were echoed by Dludlu who said they had tried to push the players as much as possible and somehow had managed to get what they wanted out of this exercise.

“We also had no injuries now; just muscle strains because the players have been out of action for a while,’’ said Dludlu.