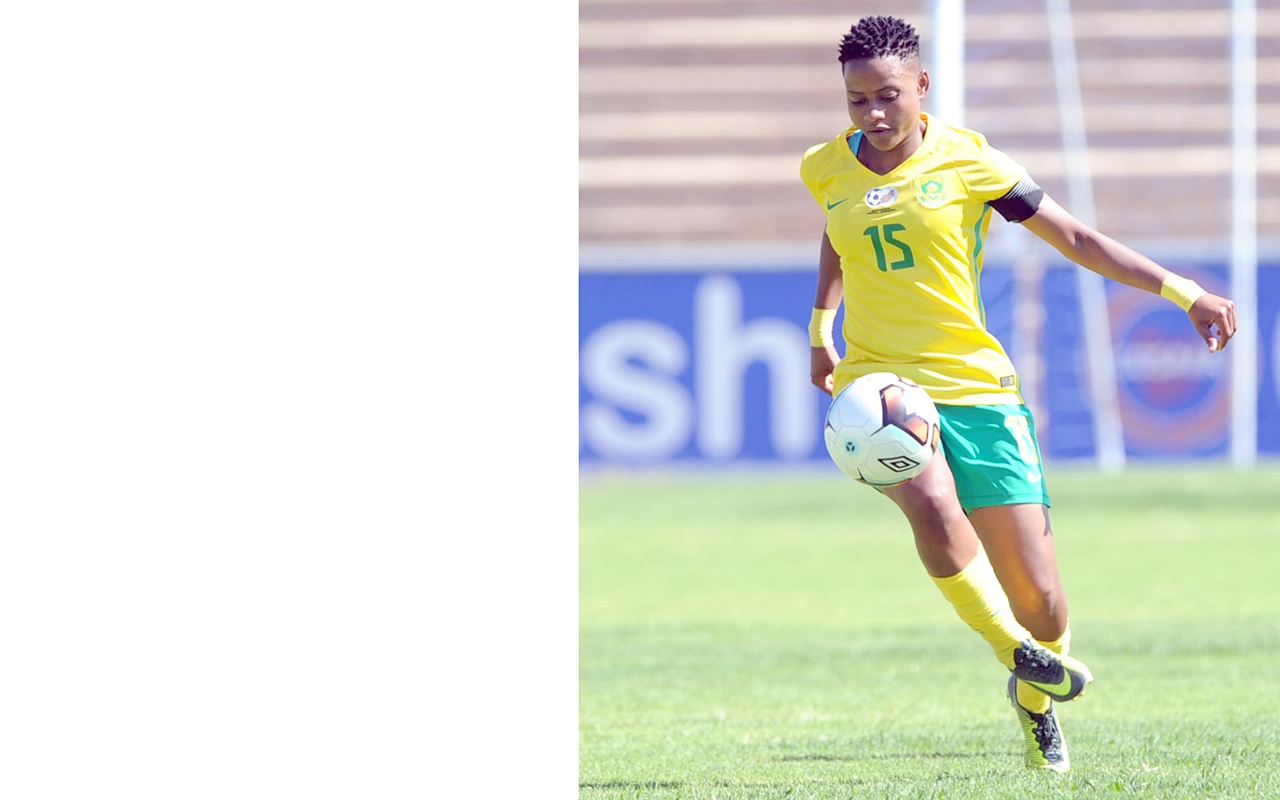 Banyana Banyana vice-captain and gsport Ambassador, Refiloe Jane, has been nominated for two coveted awards at the Gauteng Sport Awards.

She will battle it out for Sportswoman of the Year against rower, Kirsten McCann and archer, Danelle Wentzel.

She is also nominated for Sports Personality of the Year alongside SA’s number one women’s wheelchair tennis star, Kgothatso Montjane, Proteas cricket star, Kagiso Rabada and cyclist, William Mokgopo. Fans can support Jane by texting Sport 10 to 49497 to help her win the public vote.

Speaking to gsport, Jane, a student athlete at Tshwane University of Technology, said: “I am truly honoured to be recognised by the Gauteng Province for my passion for football and my commitment to always do my best.

“Being a double nominee is extra special and I am grateful for the all the support shown to me by the public.” – Refiloe Jane

Voting is open until the big night on 2 September when the Awards take place at a gala dinner at Silverstar Casino in Krugersdorp on the West Rand.

gsport Founder, Kass Naidoo, said: “Show your support for Refiloe (Sport 10) and Kgothatso (Sport 09) in the Sports Personality of the Year Award, and let’s bring the Award home for women’s sport.”