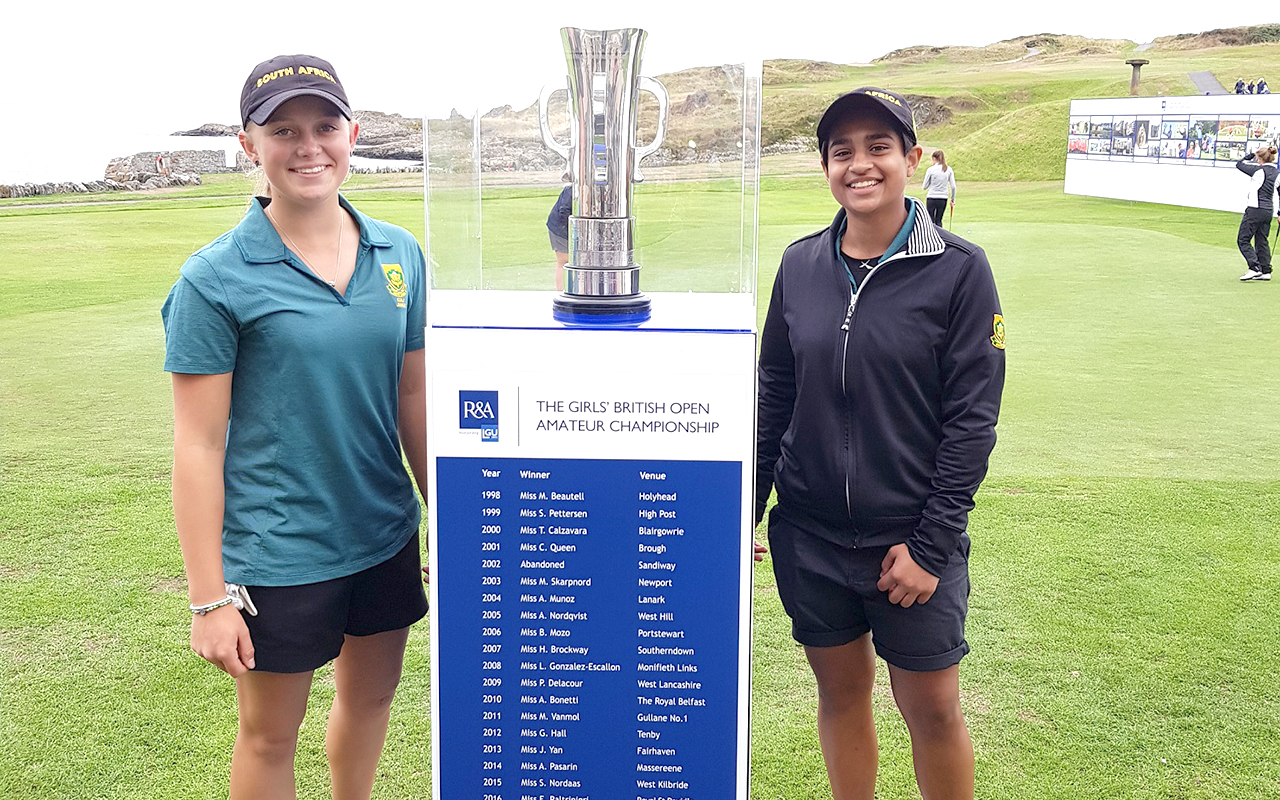 The South African pair will line up in a field of 144 players from 24 countries in the 36-hole stroke play qualifier. Only the leading 64 players will progress to the match play stage.

Macnab, the reigning Ekurhuleni Women’s Open and 2018 Champion of Champions, comes into the event carrying an encouraging run of form.

After placing second in the Western Province Amateur and The Pro Shop Gauteng Championships, the 16-year-old Ekurhuleni junior tied for victory in the Individual Competition at the SA 72-Hole Team Championships in July. Macnab rose to second in the Junior Rankings following a runner-up finish in the Nomads SA Girls Championship in July and currently holds the number four ranking in the Open Amateur standings.

The 17-year-old Central Gauteng golfer relinquished the number one spot in the Open Amateur rankings due to playing a limited schedule, however, despite competing in only nine tournaments this season, Mistry continued to live up to her top billing.

She racked up five top 10 finishes, including a runner-up finish in the prestigious Sanlam SA Women’s Stroke Play Championship and a runaway eight-shot victory in the Nomads SA Girls Rose Bowl Championship.

Womens Golf South Africa President Sally Greasley followed the juniors during their two practice rounds at the world’s oldest golf club, and was impressed with how the pair managed themselves in tough weather conditions at the challenging links layout.

“The five opening holes at Ardglass hug the cliffs with the most amazing views of the Irish Sea and it is so mesmerising, but the challenging course quickly brings you back to reality,” said Greasley.

“I am glad that Kajal and Caitlyn got to play two practice rounds because that helped them to familiarise themselves with the course.

“Positioning off the tee is absolutely vital. Although the fairways are quite generous, most have big slopes that run down to rugged rocks below.  The par threes all have carries over deep ravines. The greens are generous too, and running at about 10 on the stimp, which is a fair speed in windy conditions.

“Weather will play a big part in this tournament and with the forecast calling for strong wind and rain on Wednesday, today will be a very important scoring day. Kajal and Caitlyn are very upbeat and they are excited to get the championship underway.”

Macnab goes out first alongside Anika Varma from India and Spanish sensation Sofia Rodrigues Perez, while Mistry will have Chiara Horder from Germany and Cavetana Fernandez Garcia-Poggio from Spain for company over the first 36 holes.

The last South African juniors to reach the match play stage was the country’s top ranked pair, Ivanna Samu and Kaleigh Telfer, in 2015.

Telfer lost in the first round and Samu was eliminated in the quarter-finals at West Kilbride Golf Club in Scotland. Both players were beaten by eventual champion Sandra Nordaas from Norway. Samu also made the match play stage at Royal St David’s Golf Club in Wales in 2016, but lost in round one.