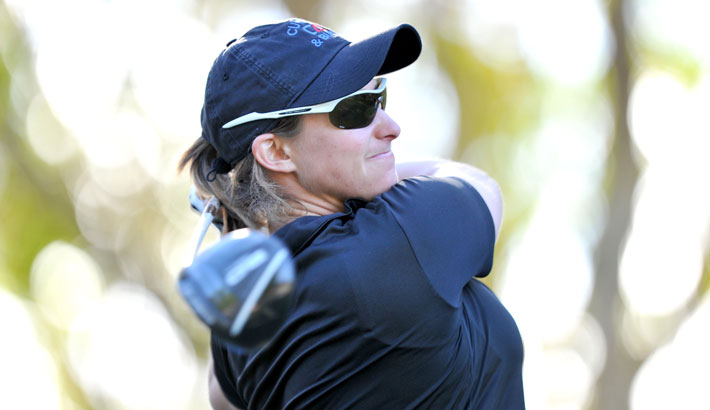 South Africa’s Stacy Bregman hopes to build on a fast start to her 2014 season, when she tees off alongside two-time Ladies European Tour winner Ashleigh Simon in the Ladies Tshwane Open at The Els Club Copperleaf on Monday.

Bregman hit the ground running at the Chase to the Investec Cup for Ladies last week after a successful eight-week stint in Australasia.

Following a tie for third at the Volvik RACV Ladies Masters, the Johannesburg professional returned home ranked third on the current Ladies European Tour Order of Merit. After a runner-up finish at Glendower Golf Club on Friday, the 27-year-old is feeling confident and relishing the prospect of following Simon into the winner’s circle on the new Sunshine Ladies Tour.

“I got my season off to a pretty decent start with a tie for 11th in New Zealand and followed with the joint third place in Australia,” Bregman said. “Playing the ALPG circuit gave me a chance to get my game into good shape early in the season.

“The form is there and I feel good enough to win. Who knows, perhaps, if I wasn’t quite as tired from the trip back home or if I holed a few more putts at Glendower, I might have given Ash a run for her money.”

Bregman joined the paid ranks at the end of 2006 and notched her maiden pro title at the 2008 Pam Golding Ladies International at Nelspruit Golf Club. She also topped the Order of Merit that season. She is, however, still hunting a maiden win in Europe and successful run in South Africa will go a long way feeding her confidence.

“I’ve never really been able to convert a good run of form into a win on the LET, and that is my big goal this season,” she said. “It would be great to go back to Europe in a few weeks with a win to my name.”

“We all got our start here at home and it was devastating when we lost the Tour in 2009. It’s great for us to be able to play at home again and compete in front of our own people again. But it’s not really about us.

“The girls at home need a competitive circuit to prepare for Europe and the amateurs need the experience against the pros before they take the next step. That’s what we have come to promote.”

Bregman hopes the weather will give the field a break after unrelenting wet weather marred the Sunshine and European Tour co-sanctioned Tshwane Open on the weekend.

“This course has a real links feel to it with the wide, open fairways and very little tree cover,” she said. “Most of the tees are elevated, and the greens are very undulating, so it’s already a challenging layout. It will play quite long, due to the weather, so we definitely don’t need more rain.

“It would be nice to have sunny weather to draw the crowds.”