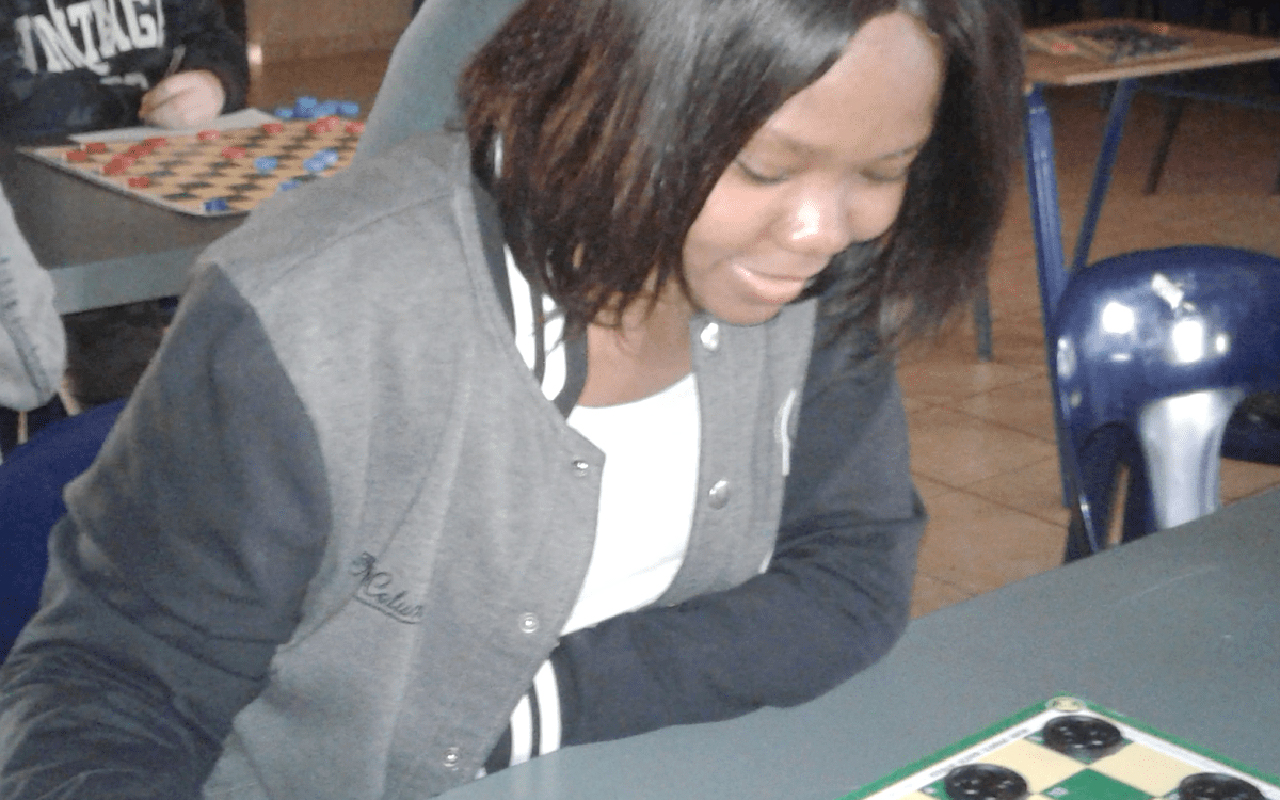 “The time has come,” the Walrus said, “To talk of many things: Of shoes—and ships—and sealing-wax— Of cabbages—and kings.“ (The Walrus and the Carpenter, by Lewis Carroll).

Yes, once again it is time for Mind Sports South Africa (MSSA) to select its national squad for International Draughts which shall provide a pool of players from which the National Protea Team that will represent South Africa for such game shall be drawn.

Such system of selecting squads is a useful method for enforcing training as well as a player wish continually monitoring performance of those individuals who are so selected.

However, only one female has qualified for such selection process for International Draughts.

Keamogetswe Ramaboa (NWU – Vaal) – pictured above – has thus made waves in not only being the only female to have qualified for selection to MSSA’s National Squad for International Draughts, but is the first such female in the history of the game being played in South Africa as an official sport.

MSSA president, Amanda Kwaza, is delighted with such growth, and stated, “If it were not for the dedicated club officials at North West University, it would be far more difficult for females to be enabled and reach their full potential.”

Already Keamogetswe Ramaboa has notched up her Gauteng Provincial Colours and has won the 2019 Mpumulanga Provincial Championships which were held on 25 May 2019.

There is no doubt that we will all be hearing a lot more from Keamogetswe Ramaboa.

Photo Caption: 2019 Mpumulanga Provincial Champ, the NWU – Vaal’s Keamogetswe Ramaboa, is the only woman to have qualified for selection by Mind Sports South Africa for International Draughts, and becomes the first South African to do so. Photo: Supplied