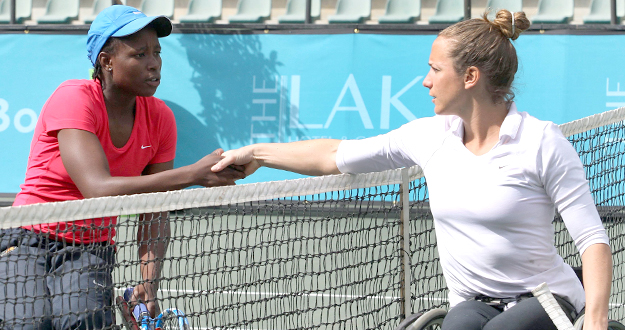 World number seven KG Montjane had to fight back from a set and 3-0 down to upset first seed Jiske Griffioen from the Netherlands in their Airports Company South Africa SA Open Singles semi-final at Ellis Park on Thursday.

Montjane had to pull out all the stops to beat the world number three 2-6 7-5 6-0 in a gripping three-setter on centre court to reach her first Super Series final on the NEC Wheelchair Tennis Tour.

The pair went head-to-head at the Airports Company South Africa Gauteng Open final in Benoni on Sunday, with the South African defending her title by beating Griffioen in straight sets.

But four days later, Griffioen took charge when she broke Montjane’s in the fifth game of the opening set and took the next four games to close out the first set 6-2.

Although Montjane is known as a slow starter, the expected second set comeback did not materialise as the Dutch player took a 3-0 lead with a break of serve. Both players broke each other for the next three games, but the South African found herself with her back to the wall as she lost her serve once again in the seventh game to go 5-2 down.

Suddenly Montjane’s fighting spirit and strong service game took fire. She broke Griffioen in the eight and won the next five games on the trot to seal a 7-5 win.

“The first set was a nerve-wracking because I made a lot of unforced errors and my first serve just wouldn’t work,” Montjane said. “I was frustrated but I tried to stay patient and focus on coming back in the second set.

“I started hitting it better, but I still couldn’t get a good rhythm going. I realised I was in big trouble when I was 5-2 down, so I regrouped and got aggressive. It was unreal to win five games in a row to win the second set. It’s the first time I’ve been able to come back like that against a top player, and I take a lot of confidence out of that set.”

Montjane got her service game and effective return of serves working in the final set and she broke a clearly frustrated Griffioen in the second, fourth and sixth games to win the set 6-0.

“I knew I could win after I took the second set, because I could see I was getting to her,” the 26-year-old Limpopo player explained. “She got upset with herself, her first serve started collapsing and she was making a lot of unforced errors.

“It was like I could see how she was falling apart and I just kept piling on the pressure. I’ve beaten the world number three twice in a week; that’s a pretty good feeling.”

Montjane said the real work still lies ahead against Marjolein Buis, the second seed and world number four from the Netherlands, who beat her in last year’s semi-final. Buis defeated Britain’s Lucy Shuker 6-4 6-4 to reach her second successive final.

“Marjolein is my toughest opponent,” Montjane admitted. “I’ve played her five, six times and I’ve never beaten her. That could all change on Sunday, because I have a lot of belief now and I know I can win if I stay patient.” 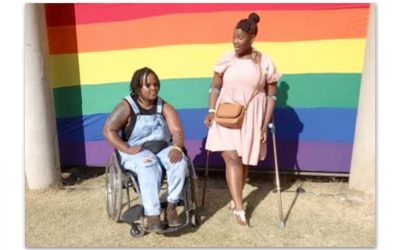