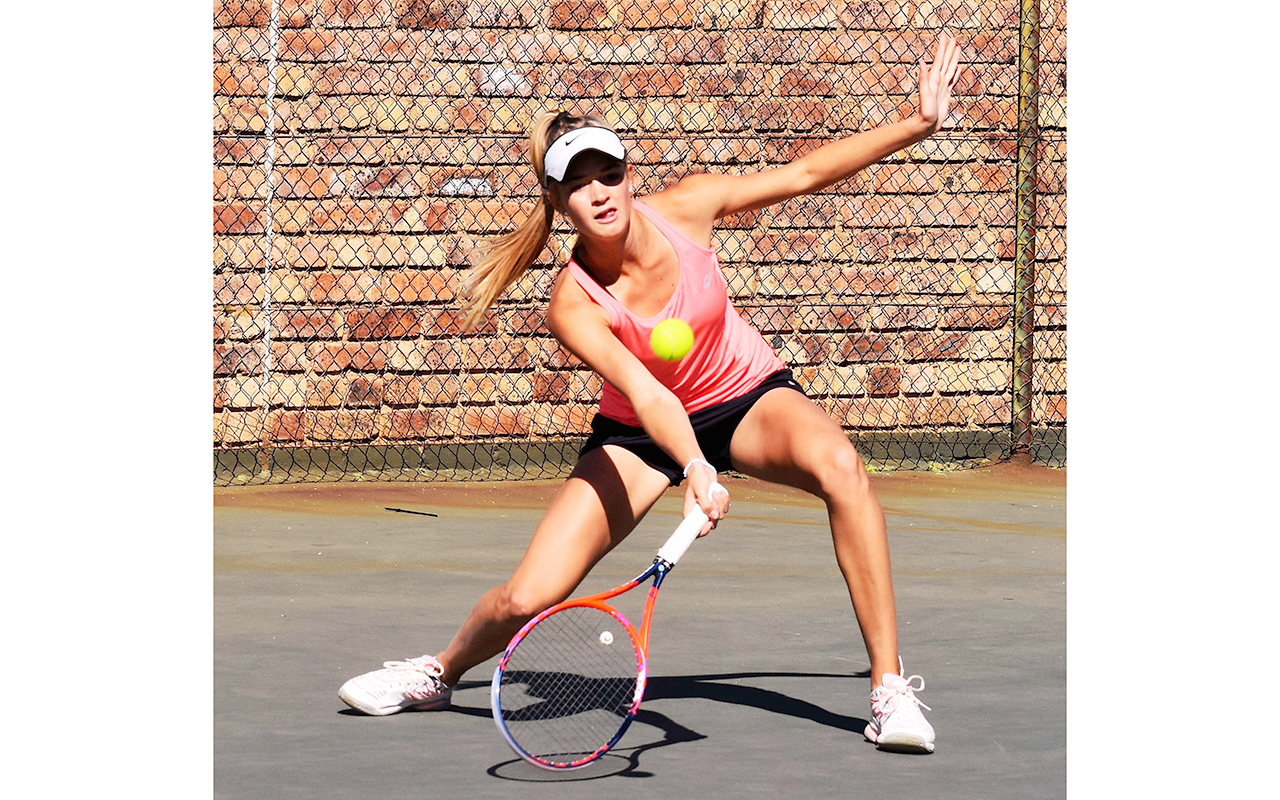 Basson won the ITF Wanderers title last weekend, but was stopped short of winning the double by a determined Kleinhans.

“I lost to Megan in the semi-finals last week at the Wanderers ITF, and even though I was defending champion here in Pretoria, I felt it important to get revenge over Megan,” said Kleinhans after her win.

“Megan is a tough competitor, and last year when I won my maiden international title here in Pretoria, it was a tough three set win over Megan so I knew today could be rough.

“I spoke to my dad (Marnus Kleinhans) who is my coach over the phone ahead of the final (he was in Bloemfontein) and we planned a match strategy to play aggressive, go big from the start of the match and hold serve. That strategy worked and I really “zoned” from start to finish, and surprised myself with the way I played, and score line,” said Kleinhans.

Kleinhans, a Eunice High School pupil admitted that after winning the opening set 6-0 in a quick half hour, she had to focus even more and play tougher.

“I have played Megan a bunch of times before, and (have) won the first set easily then lost the match. I was not going to let that happen today, so lifted my game going into the third set and kept even greater composure.”