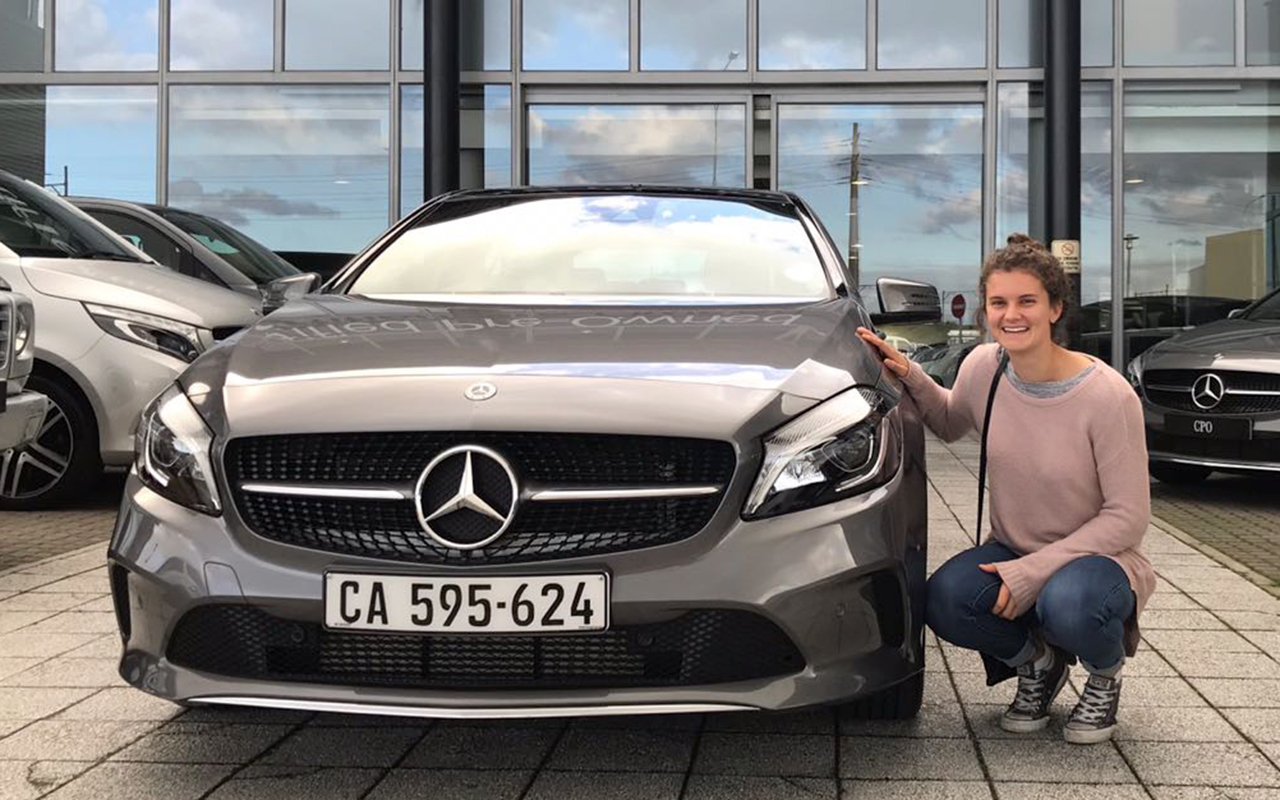 Proteas opener Laura Wolvaardt wakes up in Bridgetown this morning six hours after we saw the sun rise over Africa, probably calmly mulling the first ODI away against the West Indies in Barbados on Sunday, the first fixture in an eight-match tour, just ahead of the ICC Women’s World T20, also in the Caribbean.

She’ll have reason to be feeling quietly confident. She’s a two-centurion international ODI batswoman barely out of school, boasting 1313 runs at an average of 46.89 in 35 matches.

And her calm will extend beyond her obvious athletic talents. At a time when SA international rugby players earn less than R100 in match fees, Wolvaardt is a fully contracted professional cricketer, a career option she is eyeing at the same time as her academic achievements allow her to pursue a career as a medical doctor.

Such is the force of her early sporting achievements that this 2017 gsport School Sports Star of the Year winner has won over personal sponsor Bri-ton Liftmaster, to the extent that they have sponsored her a brand new unbranded Mercedes Benz.

Sheldon Vermuelen, MD of the industrial door and lifting equipment specialists, says: “Laura is just a very a special individual. When she arrived at our offices she showed immediate interest in what we do, which showed me in return that she understood what it meant to be a brand ambassador.”

“We find it of importance to sponsor ladies sports, in the past we have sponsored a High School girl’s rugby team as well.” – Bri-ton Liftmaster Managing Director, Sheldon Vermeulen

Vermeulen is so convinced of Wolvaardt’s quality as an ambassador, saying he would continue backing her even if she stopped playing cricket.

“We realised we are not signing Laura the cricketer, we are signing Laura the individual amazing achiever and go-getter. So even if Laura was to stop playing cricket tomorrow we will still back her 100%, and even if that means to support her during her studies.

“Obviously, we would prefer Laura to continue with the cricket, as I personally believe she can become the best female batsman in the world, but we also understand that one can only play cricket for so long.”

Laura’s grounding comes from a strong upbringing and she gives much praise to her mom, Jessie, who is her role model.

Laura spoke to gsport about growing her personal brand, her aspirations for cricket and how the game is taking off globally:

Laura, congratulations, how are you feeling about your brand new car?

Thank you! My new Mercedes is absolutely amazing. It drives like a dream, and is quite the step up from the Polo Vivo I had. I definitely look forward to driving to practice now.

It is not normal for women in sport to pick up such an exclusive car deal, how did it come about?

I agree, especially not a car of this caliber. Bri-ton Liftmaster approached me about the sponsorship. I then met with Sheldon and Debbie Vermeulen and they are such lovely people. It’s been incredible working with them so far and I am honoured to be associated with their brand and its support of female sport.

In terms of the sponsorship, what do you have to do as an ambassador to give Briton good return on investment?

I need to try and give them as much exposure as I can by using my own personal brand and social media. It’s just about associating myself with the company as much as I can and forming a long lasting relationship.

How have you grown your personal brand in a short period of time to get noticed by a leading brand?

It’s about how you carry yourself on and off the field. Building a brand doesn’t just happen overnight. Bri-ton said that the reason they are making me their brand ambassador is not just for my cricket – they want to associate with well rounded, good people. I have also tried to build a solid foundation on social media and have never denied any interview or promotional opportunities.

What makes you a sponsor’s dream?

I am an extremely dedicated, young athlete in a sport that is genuinely on the rise. I think that the future of women’s cricket is bright and possibilities are endless. Getting involved and supporting a sport and market with so much potential will only benefit sponsors.

How would you describe the state of women’s cricket in South Africa and how can we improve?

Our national team has improved tremendously over the past few years. We are not the number one side in the world yet, which we are obviously aiming for one day, but we are definitely making continuous progress.

There are also many exciting young cricketers making their way through the ranks. With the T20 world cup in November, we will be looking to work on our T20 skills as much as possible.

There are also a lot of dedicated and motivated people on and off the field (including organisations like gsport) who are working nonstop to guarantee a wonderful future for women’s cricket in SA.

You play on the international scene, which country impresses you most in terms of women’s cricket development?

Australia. The domestic set up there is comparable to a national set up. Their professionalism and cricket depth is amazing.

Which is the one women’s cricket league in the world that impresses you and why?

The Big Bash. It’s the only one I’ve been to, but the quality of cricket there is of a very high standard. Both the male and female players are treated equally throughout the tournament, the crowds are huge and I learned a lot during my time there.

How do you relax away from the game?

I spend as much time with my family and friends as I can. I also enjoy playing guitar and writing music.

The Proteas are gearing up for the World T20. How is the team looking?

We recently had a North vs South week where we were all able to put what we’ve been working on into game situations. It’s clear to see that the girls have been working hard. Prep is going very well and we all know what is required.

How do you rate your chances in the World T20?

We set high standards for ourselves and are obviously looking to come out of the tournament on top.

My mom. She is the strongest and kindest person I know.

What is your advice to aspiring women cricketers?

That they should enjoy the process of learning and getting better. The more you learn about cricket, the more difficult it actually gets. You can’t become a world class player overnight, but noticing and enjoying the small improvements will get you far.

What is your greatest cricket dream?

To win a World Cup with the Momentum Proteas.

What is your message to women?

We only have one life – we might as well spend it by doing the things that make us happy!!

Photo 4 caption: Proteas right hand bat Wolvaardt lets her bat do the talking on her way to making 50 in her effort to see the Proteas home against Sri Lanka, in their Super 6 encounter in the ICC Womens World Cup Qualifiers 2017, in Colombo, Sri Lanka, on 17 February, 2017. Photo: Supplied

Photo 5 caption: Laura Wolvaardt pictured after confirmation of her selection for the Momentum Proteas squad, ahead of the 2017 ICC Women’s World Cup. Photo: gsport