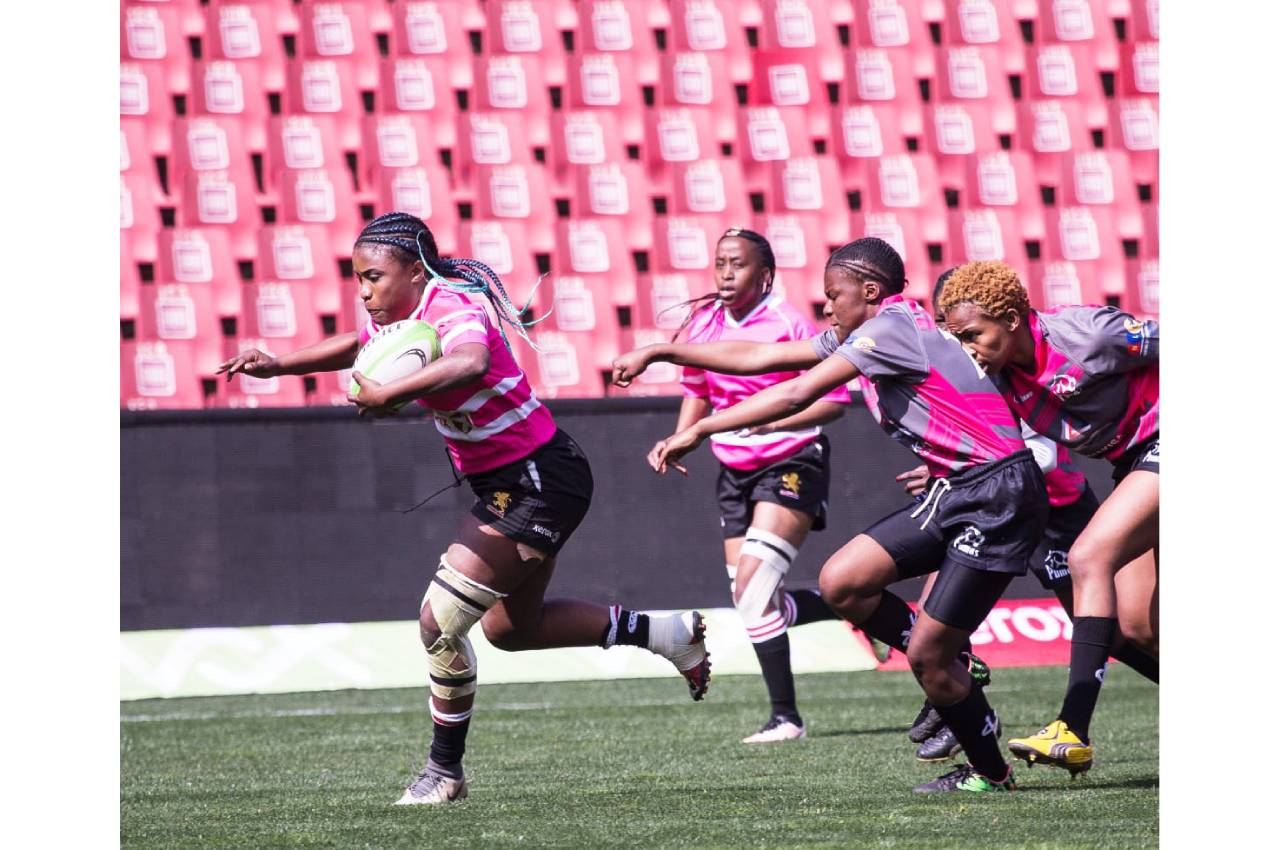 Lions and SWD In Pole Position for Final Spots

The Golden Lions and SWD Women’s teams took a big leap toward possible final berths in the B Section of the SA Rugby Women’s Interprovincial Competition thanks to comprehensive victories over the weekend, which saw them top the standings in their respective groups.

Both teams are now on 10 log points with two bonus-point victories in as many games, and the Golden Lions need only one log point from their final pool game in two weeks, and SWD two points, to book their places in the final, which will be hosted in Cape Town.

The Golden Lions were in magnificent form in their clash against the Pumas at Emirates Airline Park on Saturday, registering a memorable 95-5 victory, while SWD were equally dominant as they defeated Griquas 57-0 at Outeniqua Park in George.

While Free State and the Leopards Registered Their First Wins

In the other matches, Free State and the Leopards registered their first wins in the competition as they outplayed the Griffons 65-10 in Bloemfontein and the Limpopo Blue Bulls 30-5 at the University of Limpopo respectively.

These results put them in contention for final berths, but they both need to win their final pool matches with bonus points and hope that the Golden Lions and SWD slip up to achieve this.

A stunning display by Golden Lions centre Piwokuhle Nyanda, who scored six tries and slotted eight conversions for a handsome 46 points, and a hat-trick by fullback Refilwe Ramahlo steered the Johannesburg side to their 95-5 win against the Pumas in an entertaining Women’s Day showing.

The hosts scored a whopping 15 tries in the match, and they dominated from the outset, which saw them take a 36-5 lead at the break, and they built on in the second half.

SWD crossed the tryline nine times against Griquas, with number eight Elize Arendse contributing a brace, thanks to their effective attacking structures and finishing, while they supported this with a solid defensive effort to deny the visitors a point.

Such was their dominance, they led 31-0 at the break and they continued to apply pressure as the match the progressed and did well to convert their chances into points, earning them the 57-0 win.

Free State also showed of what they are capable when they hit their straps in their clash against the Griffons as they ran in an impressive 10 tries for their 65-10 win. Centre Shandre Fouche contributed a hat-trick and her mid-field partner Lollie Pansegrouw a brace, while flyhalf Izel Cilliers kept the scoreboard ticking with six conversions and a penalty goal.

The hosts dominated from the start and entered the break with a commanding 38-0 lead, and they continued to make their presence felt in the second half.

The Leopards delivered a steady performance in attack and defence against the Limpopo Blue Bulls for their 30-5 victory, with the side scoring four tries, while they limited the hosts to one.

Photo 1 Caption: The Golden Lions team in action at Emirates Airline Park Stadium in Johannesburg on Saturday, 10 August, 2019, against the Pumas. The Lions earned a 95-5 victory as they step closer to a possible SA Rugby Women’s Interprovincial B Section final berth. Photo: Tony Harding