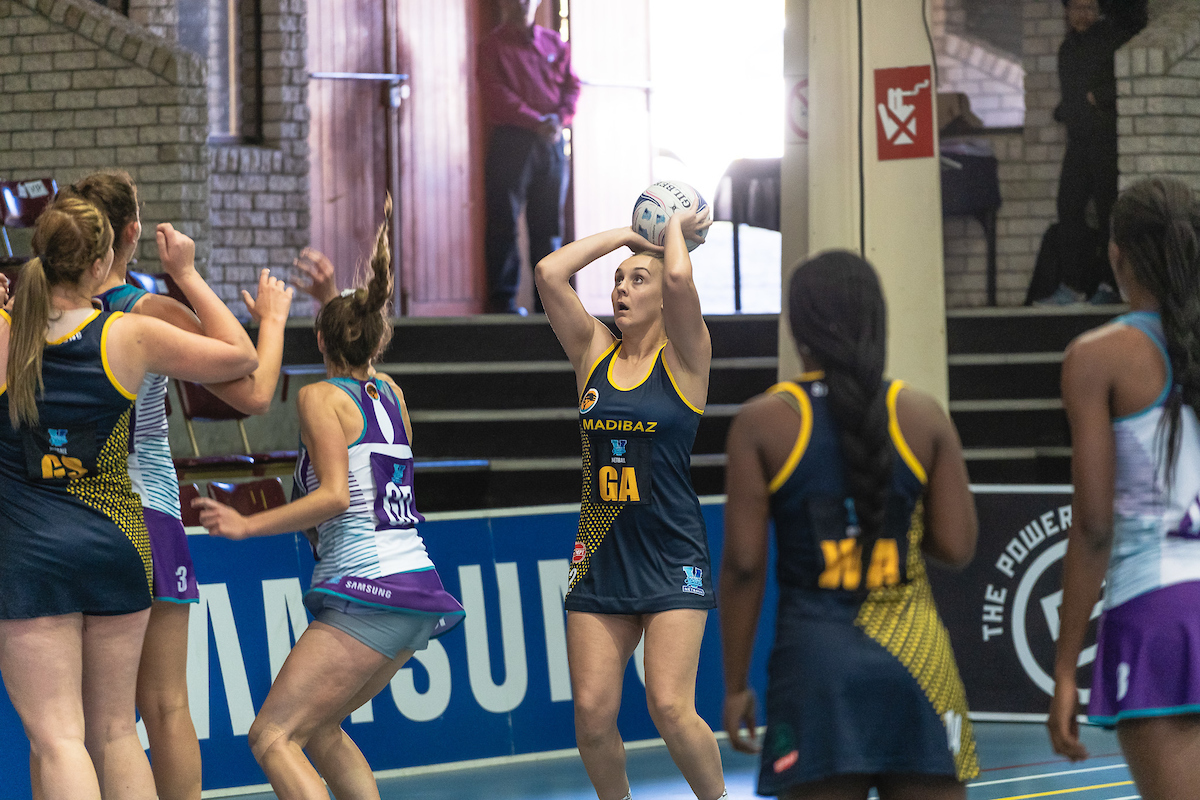 The Madibaz continued their pursuit of a place in the Varsity Netball knockout phase as they beat NWU 49-47 in a pulsating affair at the Coetzenburg Indoor Centre on Monday afternoon.

Both teams knew a victory was vital if they were to keep their ambitions of a top four finish alive and it was the Madibaz who were first to score. NWU rallied back and opened a small lead, but they couldn’t pull away from their opponents and finished the quarter with the score at 15-13.

They again created the smallest of margins but the Madibaz were tenacious and finished the quarter only a goal behind, NWU leading 24-23.

In the third quarter whenever one team would go ahead, the other team would draw even, and again it was NWU who had the lead at 34-32.

The final quarter was restarted and NWU scored first, and a power play was then called with them leading 37-34. However, it was the Madibaz who capitalized, outscoring NWU 3-goals to 1 in the powerplay period. This meant that for the first time in the quarter the ladies from Port Elizabeth were leading and 40-39 they knew a victory was within touching distance.

With the score at 49-43 for the NWU ladies made a late rally, narrowing the gap to 49-47, but the Madibaz held firm and recorded their second victory in succession in Stellenbosch.

NWU still control their own fate as they will face Kovsies in Bloemfontein while the Madibaz host Madibaz at home, with both these games set to have a massive bearing on the final standings of the 2018 Varsity Netball season.