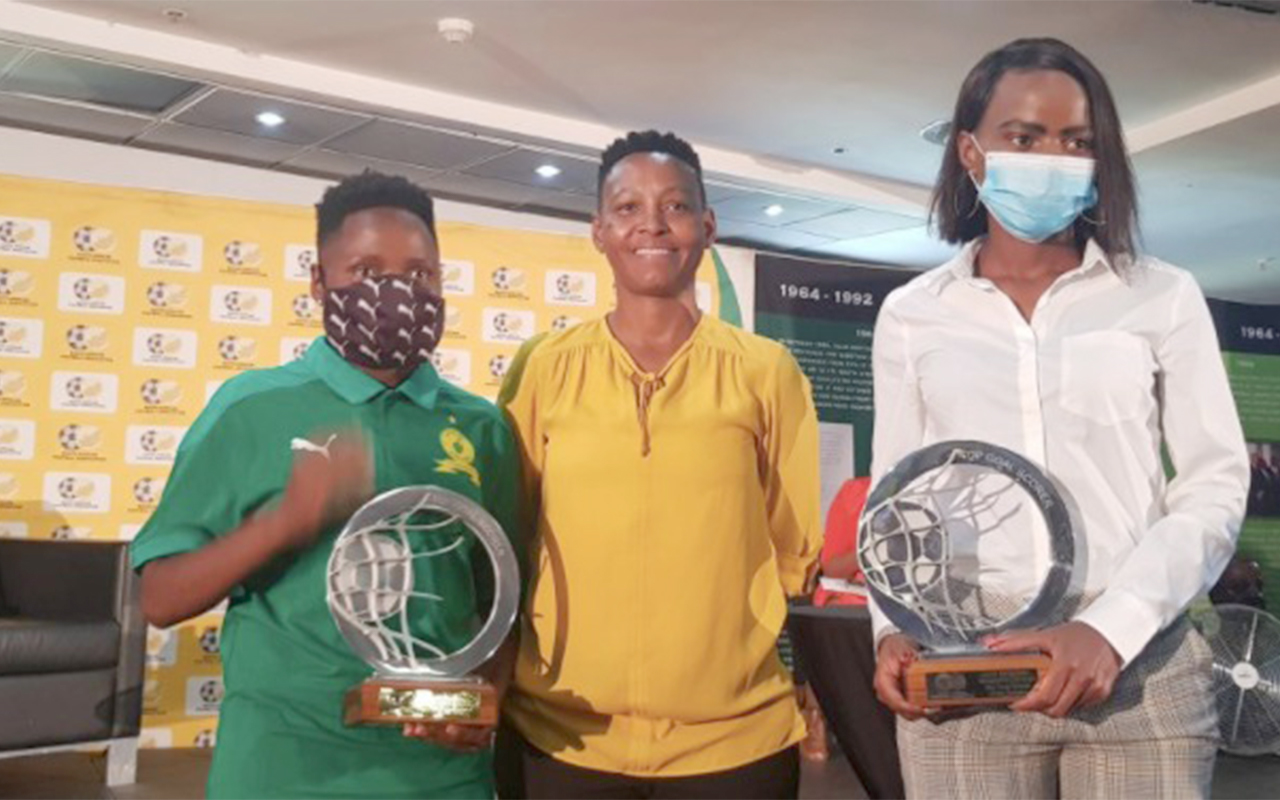 The SAFA National Women’s League awards ceremony took place at SAFA House where Mamelodi Sundowns were awarded the winning prize money of R500 000 plus a glittering trophy on Tuesday, 8 December 2020.

Mamelodi Sundowns women’s team which won the inaugural and newly-established league were the biggest winners. Apart from pocketing the champions’ cheque, most of their players also walked away with several individual awards.

Upcoming tearaway striker, Hilda Magaia who helped Banyana Banyana win their fourth COSAFA Cup in a row, was voted Player of the Season while no nonsense goalkeeper and captain, Andile Dlamini won the Goalkeeper of the Season award.

Magaia and Rhoda Mulaudzi shared the top goal scorer of the season award with 36 goals each while Kananelo Taiwe, scooped the Young Player of the Season honours.

Speaking at the ceremony, Dr Jordaan challenged the corporate to join hands in making sure that the early gains made in growing the game among women was never reversed.

He said ever since the league was established, numbers among the audiences and participants were growing in leaps and bounds. He also said the number of players plying their trade overseas had skyrocketed and all women’s national teams were benefitting from this venture as evidenced by Banyana Banyana managing to retain the COSAFA title with a wholly local based players.

He said the SNWL can only grow from strength to strength and challenged the corporate that this league was an ideal vehicle to push their products through sponsorship.