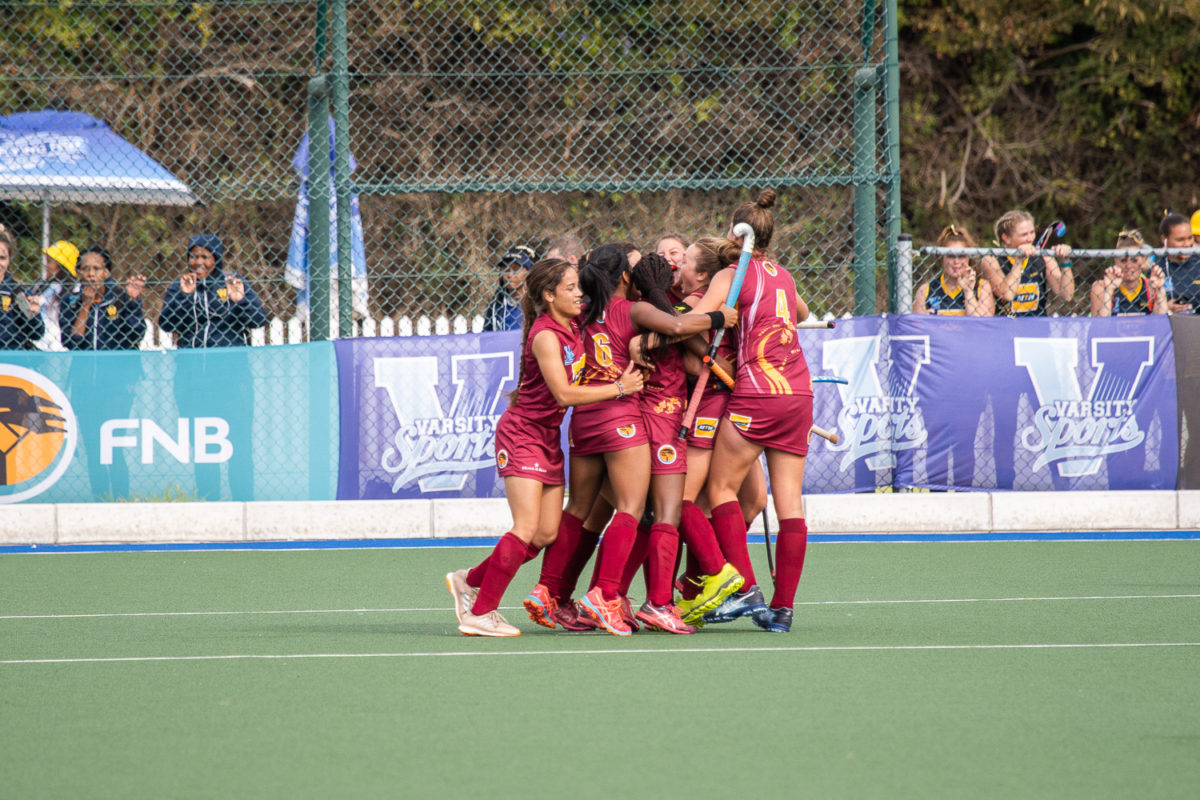 A third quarter blitzkrieg ensured that Maties trashed UJ 7-0 in their Varsity Hockey match at UCT on Sunday.

Maties started like a house-on-fire with Lida Kotze slamming home from close range in the 3rd minute after a short corner.

Both sides had their moments in the first half with UJ’s Kristen Paton especially impressing with her surging runs from midfield, however Maties did enough to go into halftime with Kotze’s early strike still separating the teams.

Maties made their intensions clear in the second half and came out to stretch their lead. The busy Ammaarah Hendricks and captain Paige Phillips both coming close to scoring before Lee-Anne Louwrens’s powerful strike took their lead to 3-0 in the 7th minute of the second half.

Shortly after that further strikes by Hendricks and Aimee Pote put the game beyond the girls from Gauteng. Jivanka Kruger gave her best throughout the game but Maties, led by Stephanie Botha, Hendricks and Paton, turned out to be much too strong in the end.