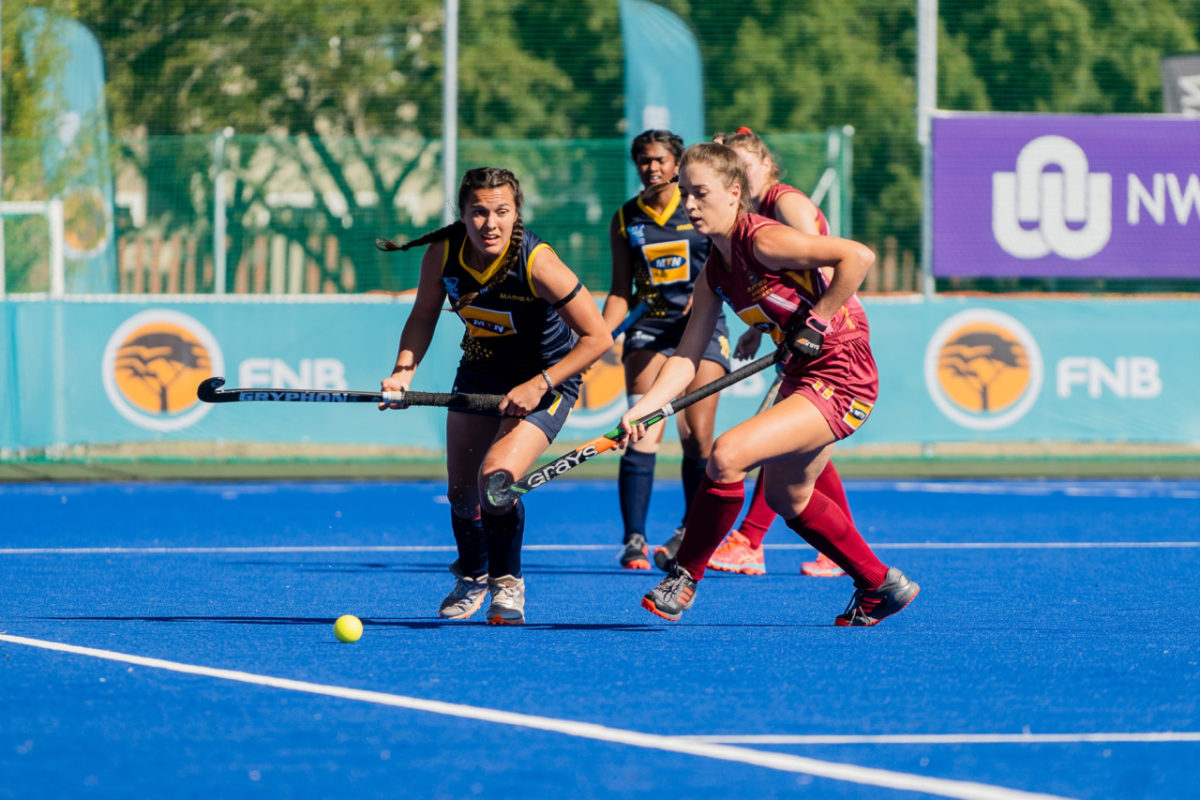 Maties secured their spot in Monday’s semi-final when they beat a struggling Madibaz 7-0 in Potchefstroom.

Lara Stevens came close to scoring the first goal for Maties but goalkeeper Kerryn Frost blocked all her shots. It was Rebecca Kaps who opened the goal scoring for Maties, when she found the back of the net after only twelve minutes of play, which was enough to give them a 2-0 lead as the first quarter ended.

Both sides lacked composure in the second quarter, with neither team getting any points or real opportunities to take the score to only 2-0 at half time.

Maties began to settle in the second half and Stephanie Botha continued to assert dominance from the beginning, and eventually her hard work paid off when she scored off a short corner to take Maties up to 3-0 in the 43rd minute. Zhanique Sissing had a chance to get Madibaz on the board, but it was not meant to be.

Maties had some close shots in both the third and the final quarter, but Kerryn Frost again ensured the score stayed locked at 3-0. Another breakthrough came for Maties when Jamie Southgate scored a cracker of a goal, which left a tired Madibaz chasing a five-point deficit with five minutes left of play. Lida Kotze sealed the deal for Maties when she scored and made it 7-0 to the maroon machine, who secured a semi-final spot.

The Eastern Cape side, who wore a black band on their upper left arms in an initiative to support Mother’s Day and moms who have passed on and are missed a little more on days like today, end their final Varsity Hockey round robin game of this year’s competition without a single win from seven games.