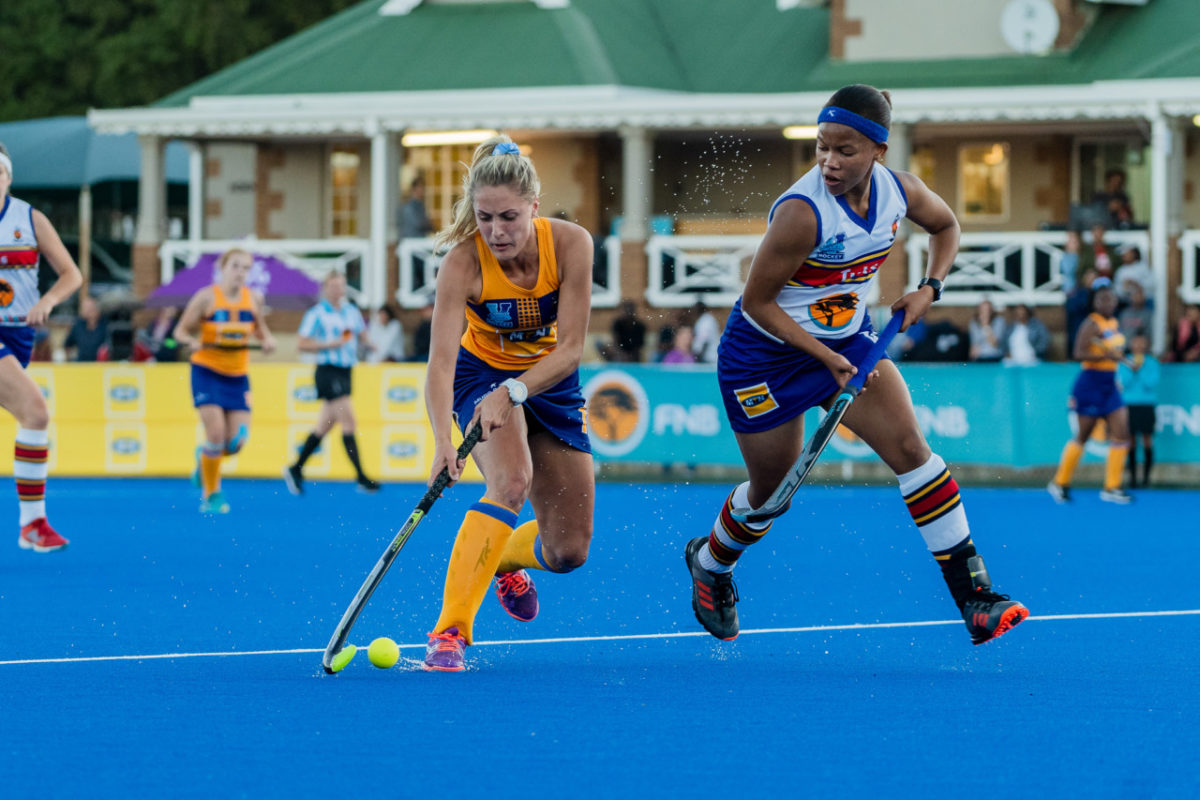 Tuks did enough to book their place in Monday’s semi-final at the NWU Astro when they beat Wits 3-0.

The first quarter was all about Wits, who kept trying to find gaps to score but couldn’t find a way through. Ashleigh Thomas and Micaela Roos had fantastic first halves for Tuks, while Ashleigh Datnow also impressed for Wits.

There was no clear winner at half time, making it a level playing field in the second half if there were to be any semi-finalists from the game.

Tuks set their intentions clear in the Marizen Marais smacked the ball off a short corner which Thomas tried to convert, but sturdy Wits defence denied them any advancement. Ashleigh Thomas got the goal she had been searching for in the first ten minutes of the third quarter when she sent the ball flying to the back of the goals, putting Tuks in the lead at 2-0.

Wits were deflated in the last quarter, with Aimee Anticevich trying to extend Tuks’ lead even further, but her shot narrowly missed the top of the net. A well composed Tuks side put the pressure on Wits, who went down to ten players and were punished even further when Marizen Marais slotted a penalty in the last two minutes of the game to ensure Tuks won the Gauteng derby and survive another round of the competition.