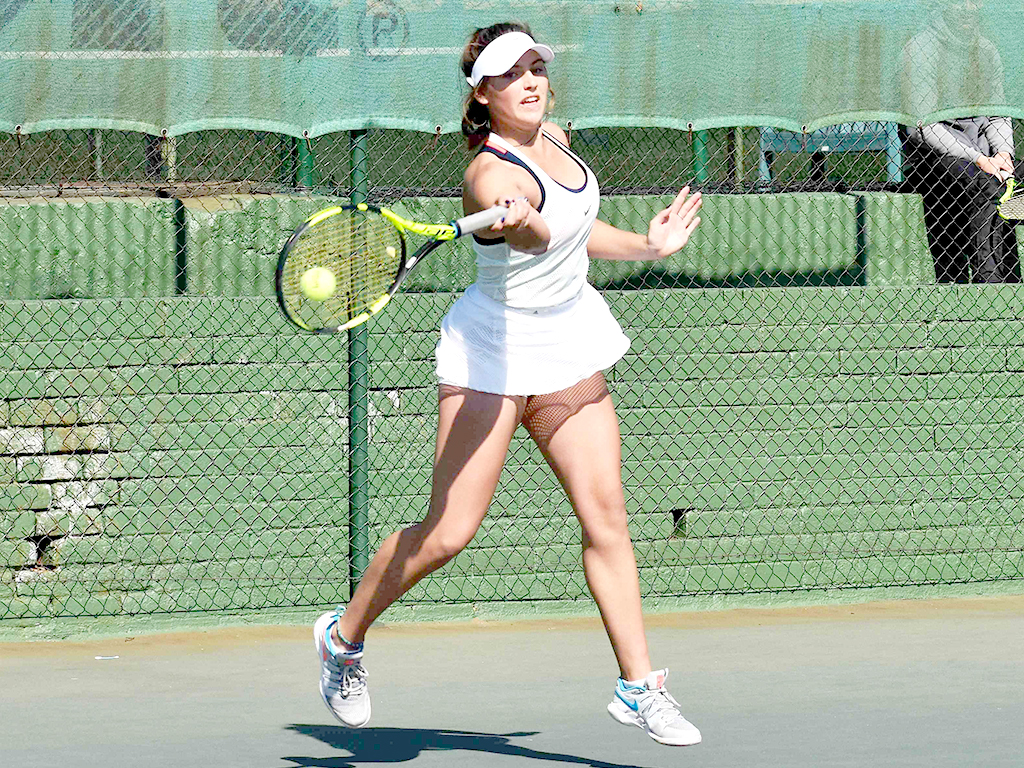 South Africans made a clean title sweep winning the girls singles and doubles titles in the first of two back-to-back Gauteng-hosted international junior events, dominating the tournament which ended at the Wanderers Sporting Club in Illovo, Johannesburg this weekend.

Basson, 16 years old from Fairlands, west of Johannesburg, saved six match points in the second set before winning the title.

“I had not lost a set all week going into the finals, so when I lost that first set against Linge, it was quite a shock. I then found myself 3-5 down in the second set and said to myself, I had worked and played so hard getting to the final, I wasn’t going to let it slip,” said Basson.

Basson was serving with her “back against the wall” at 3-6 3-5 and saved six match points in that mammoth ninth game that took nearly 15 minutes to complete.

“I was in all sorts of trouble in that ninth game. Match points down on serve, but I maintained my composure. Winning that game gave me so much confidence, and I was able to break serve in the next game and hold on to win the set.

“In the third set, the momentum was with me, and I managed to dominate and secure the win. I am very happy with my efforts, and feel my game is in good space,” said Basson.

In the girls doubles there was consolation for singles finalist Linge Steenkamp, when she teamed up with Marne Dercksen to win the title. Second-seeded Dercksen and Steenkamp beat third-seeded Tamsin Hart and Delien Kleinhans 6-4 6-3 in the all-SA final.

Photo 2 Caption: Basson had not lost a set in making her way to the ITF final, and her ability to get over that scare gave her the strength to pave the way to earning her fifth fifth international junior title, at the Wanderers Sporting Club on Sunday, 22 July, 2018. Photo: Supplied

Photo 3 Caption: Singles finalist Linge Steenkamp found consolation in the girls doubles, when she teamed up with Marne Dercksen to beat third-seeded Tamsin Hart and Delien Kleinhans 6-4 6-3 in the all-SA final.