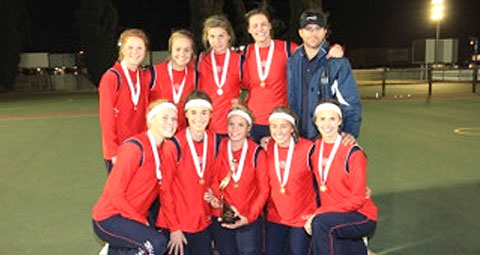 Drawn against eventual bronze-medallists, Welkom’s AHMS in the semi-finals, Menlopark edged AHMP 25-20 in a closely-matched semi-final to claim the 2012 bragging rights, in the popular annual SA Schools Netball tournament, in Boksburg.

In the silver-medal match, Rustenberg emerged the stronger for a narrow 24-22 victory over Eldoraign

More than 125 schools contested the U19 SASN tournament, an affiliate member of Netball South Africa.

The tournament will be used by selectors to determine which U15 teams will go to Singapore for an international tournament at the end of the year, in addition to another squad of players who will be visiting Dubai early in 2013.

SA Schools Netball invited SPAR National Netball player Erin Burger and gsport Founder Kass Naidoo to say a few words to the accomplished schools netball stars on Friday, and both were very complimentary of the girls’ having achieved such distinction, and encouraged them to make the most of it.