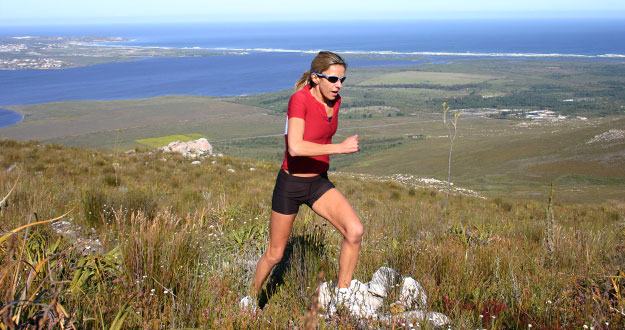 The name Elana Meyer will forever be associated with the early success of South African sport after she won SA’s first Olympic medal to mark its return to international sport at the Barcelona Olympics in August 1992.

Looking back 21 years later, Meyer acknowledges that it was her greatest career highlight. “Without a doubt, it was when we joined the rest of the world for the first time after 30 years of isolation, and bringing back that first medal for SA.”

Meyer stopped the clock five seconds behind Ethiopia’s gold medalling Derartu Tulu, her performance on the day within a minute of the world record on that day, and a further eight seconds ahead of bronze-medal finisher, the USA’s Lynn Jennings.

Wayne Ferreira and Piet Norval also won a second silver for SA in Men’s Tennis Doubles, when they lost in four sets to Germany’s Boris Becker and Michael Stich, the only other medal for SA on its re-entry to competitive global sport.

And like most SA sports legends, Meyer has fond memories of the strong influence former President Nelson Mandela had on her career.

A Moment in Time

“When I met Madiba for the first time when he addressed Team SA in the Olympic Village was special, but then I had the opportunity to have lunch with him in Tuynhuis in a very small group. It was intimate and personal and, in many ways, felt like spending time with a grandfather.

“He gave me call when I broke the world record for the half marathon in Japan – and I really treasure that conversation!”

After a glittering career that saw her fly the South African flag around the world in a career that boasts more than 30 SA Championship gold medals across track, road and cross-country, alongside six international and 23 South African records, Meyer is now giving back to sport in the hope of unearthing new South African stars.

“I received so much form so many people through my running career, and I want to pass the baton to the new generation. It feels like closing a circle,” she told gsport as she embarks on her latest journey.

Having worked with the JAG Foundation for six years on grassroots sports programs, Meyer learned first-hand the importance of role models inspiring South African youngsters, leading to the launch of Endurocad. “Distance running has always been a sport where SA has excelled in with Legends like Zola Budd, Josia Tugwane and many others.

“Over the last decade, our performances have slipped, and with Endurocad we want to give athletes the chance to develop into world class athletes, and have successful careers post sport!”

A Beacon of Distinction Among Athletes

Along with her role as CEO of Endurocad, Meyer is also a Laurues Sport for Good Ambassador, Brand Ambassador for Adidas Running, and she recently joined gsport as an inaugural Trustee to chart the way forward for the initiative.

In terms of awards received, the list is endless, including a gsport Hall of Fame Award and most recently a Lifetime Achievement Award at the Most Influential Women Awards.

Meyer has also sat on the judging panels of the Sports Industry awards and the Shoprite Checkers Women of the Year awards.

Even with all her career achievements, Meyer treasures motherhood the most. “I absolutely love being a mother of two and they the most precious medals I have. “It is a challenge to keep all the balls in the air all the time, but it comes back to priorities, and I would not change any of it.”

Running is in Meyer’s blood and it seems it will always be a part of her life. “I still love running! It is part of me, but today I run for very different reasons. Running gives me energy; it keeps me healthy and fit! I get rid of stresses and I fill my tank!”

Her dedication to performance is not only a personal dedication, it is also a cornerstone in her women’s sport advocacy. Asked how to raise the profile of women’s sport in South Africa, Meyer has only one response: “The only way is through performances – it speaks louder than words and everybody take notice!”

Meyer acknowledges that despite the best preparation and planning, it doesn’t always work out that an athlete turns up on the day with BMT in full gear, but believes that each struggle – whether positive or negative – is an opportunity to develop.

“At one stage in my career, outside expectations and pressures got to me, and I had a disastrous world championships, bailing out of the 10 000m final in Stuttgart. But it gave me the chance to re-look my athletics career.

“I continued for another 10 years, breaking world records and winning many medals, free from the expectations as I learned not to own those pressures. Every athlete will have challenges, and the way they deal with it will determine the impact of that moment on their careers,” cautions Meyer.

As an athlete that has dealt with sponsors in the big league level, Meyer knows what the sponsors are looking for. There is only one way, it seems. “Sponsors want athletes that perform!” says Meyer. “They want characters and personalities to align with a brand,” she adds, indicating that the search is always in two directions. The deal must enhance both parties.

On her message to women as we approach Women’s Month? “Be the women you want to be, make things happen – you are the CEO of your life!”