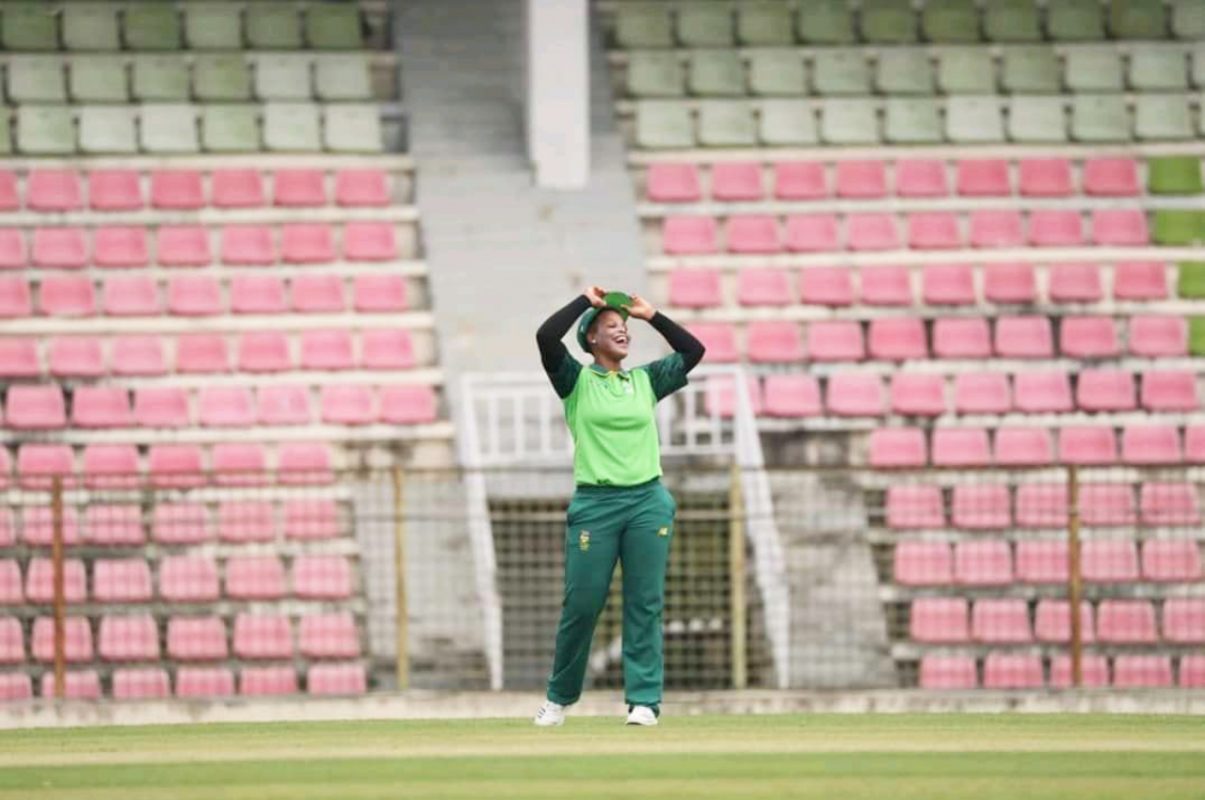 Six-Gun Grill SWD rising star Micaela Andrews is honoured to be awarded the club’s Women’s Player of the Season at their annual awards ceremony held De Opstal Country Estate on Saturday, 7 May 2022.

Andrews excelled with both bat and ball and played an instrumental part in the team being promoted to the much sought after Top 6 Women’s Provincial League for the 2022/2023 season.

She was also selected for the SA Emerging Women’s team which played Thailand in Potchefstroom in September 2021.

The versatile and fiery Andrews was SWD’s most successful bowler and batter in both the One Day and T20 formats in the 2021/2022 season and was also the recipient of a Special Merit award for her inclusion in the SA Emerging Women’s Team.

Speaking about having received the prestigious award, Andrews says: “It is an honour and I thank GOD for blessing me with the talent to play this beautiful game and also on a well-played season.

“I have learned so much about the game and my skill set. My time at National Academy, and National training camps have all aided me in my growth. The fitness levels I have achieved, I have taken it back to my province and I worked hard behind the scenes to reach my goals and to improve every day.”

The Six-Gun Grill SWD Women’s team enjoyed a successful run in Pool A, finishing top of the log in both formats of the CSA Inter-Provincial Seniors Women’s league. The team received the Provincial Representative Team of the Season as well as the Simon Swigelaar Floating Trophy for their outstanding achievement.

Andrews commends the team on their achievement: “SWD women’s cricket has grown immensely over the past few seasons. We definitely have been working harder. As a team each individual has adopted their mindset and how we wish to play and how we were going to get to the end.

“We have some senior players that have shown us the way with their experience and skills. The youngsters have shown character. We have definitely stepped up when it matters and played our hearts out. We are looking forward to the new season and playing in the Top 6.”

Mochelle May (Riversdale CC) – Batter of the Season, Women’s League