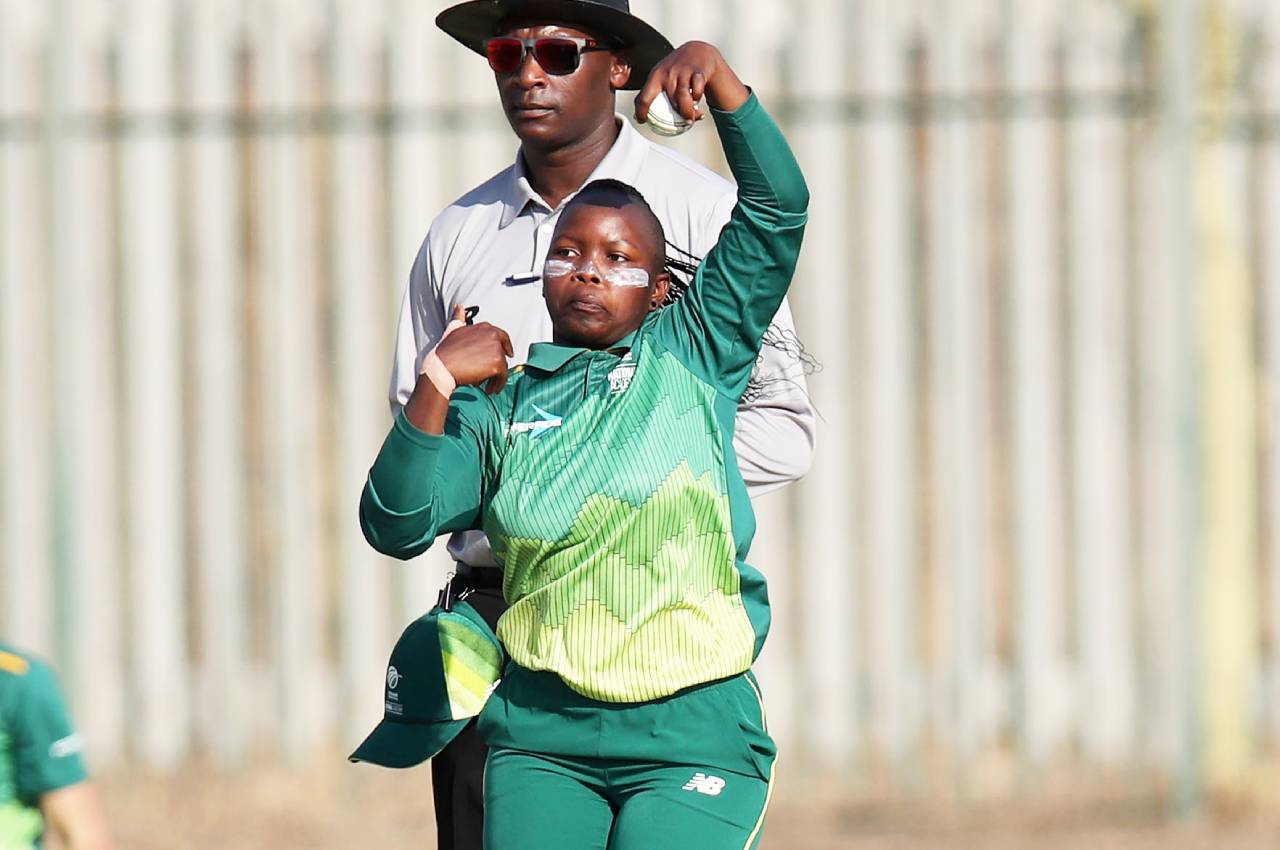 Nineteen-year-old Ntuzuma cricketer Nonkululeko Mlaba has been selected for the Proteas Women’s team for their upcoming tour of India that will include five T20 Internationals and three One Day Internationals starting on 24 September.

Mlaba’s rise through the ranks has been meteoric and her ability was noticed during the recent SA Emerging series against Bangladesh after which the left-arm spinner followed that up with strong performances in the newly formed Women’s T20 Super League.

She was also one of the stand-out players for the KZN Coastal’s side at the 2018 CSA Women’s National Week and was hugely influential in helping Coastal gain promotion to the CSA Women’s Provincial League ‘Top Six’.

Her performances have earned her selection in both the ODI squad and the T20 squad for what is going to be a tough tour against India, who are ranked second in the world in 50 over cricket and fifth in T20 cricket.

“I am so excited to be selected for South Africa, it really is a dream come true for me!” Mlaba said.

“Cricket became a passion of mine when I started playing in 2013 and to have come through to be part of the national team is an incredible feeling.

“There is so much excitement but there are also nerves because going to India is going to be a completely new experience for me.”

From SA Under 19 selection in 2016 it has been a fairly fast route to the national side for Mlaba and the woman from Ntuzuma north of Durban has bashed down the selection door for the first time.

Having been close to the national squad has meant that integration into the set up isn’t going to be difficult for Mlaba.

“I know a lot of the girls very well so I am not worried about joining the group. It is such an exciting opportunity for me, and I cannot wait to get to India,” she added.

Mlaba will join Nodumiso Shangase as the two KwaZulu-Natal Cricket Union representatives in the national squad for the tour of India.

Photo 1 Caption: Nineteen-year-old spinner Nokululeko Mlaba has earned her first call up to the Proteas women’s team for their upcoming T20 and ODI tour of India. Photo: BackpagePix/KZN Cricket