The South African number one wheelchair tennis star KG Montjane made a solid start at Roland Garros, when she won her opening round match against Sharon Walraven of the Netherlands 7-6 (5) 1-6 6-4 on Wednesday.

The Limpopo star qualified for the elite top-eight tournament, due to her world ranking of six.

According to Montjane’s coach Holger Losch, Montjane won a “hard grind after the long travel, but she won through.”

Montjane flew from Japan to Paris on her birthday, arriving at Roland Garros on Monday, late evening.

Earlier in Japan, Montjane had reached the semi-finals of the singles and finals of the doubles (with Marjolein Buis from Netherlands).

Montjane now moves into the semi-finals of the French Open Women’s Wheelchair Tennis Championship, where she will play against second seed and world number 2 Jiske Grifjoen of Holland on Thursday.

After her singles, Montjane will team up with German star Katherina Kruger in the semis for a chase of the doubles title, where they will go up against top seeds Jiske Grifjoen and Anniek van Koot from Netherlands. 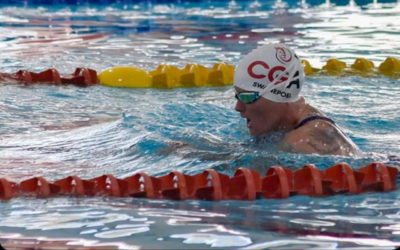 Kat Swanepoel was over the moon with her Paralympic Qualification and new South African Record time in the multi-disability section on Day Two of the SA National Aquatic Championships, taking...