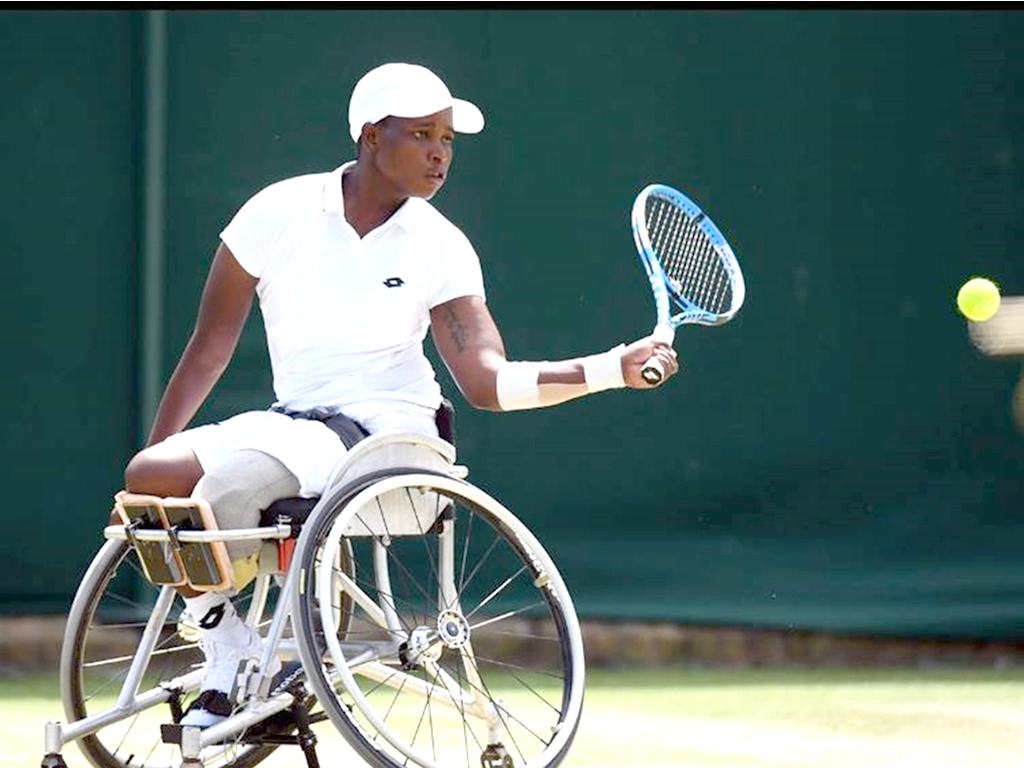 Montjane in Top Form Storms Back Up to ITF #6

Montjane has a career-best ranking of 5 in both singles and doubles tournaments, ranks she last held in 2013 and 2014 respectively, and she will be relishing this chance to return to those former heights, now in the best form of her life.

The 32-year-old Montjane had an incredible run on her debut at Wimbledon last week, where she made it to the semi-final before losing to Dutch world number 1 Diede de Groot.

Montjane reached the semi-final round at The All England Lawn Tennis Club after edging out former world number 6 Katharina Kruger from Germany last week Thursday.

The Limpopo-born star claimed an impressive 6-3 2-6 6-1 victory against the 28-year-old German en route to the semi-final round.

The South African star started the season at No.8 in the ITF Rankings after two months of not competing earlier this year.

Photo 1 caption: Kgothatso Montjane pictured on her maiden Wimbledon outing at the All England Lawn Tennis Club where she reached the semi-finals in both the singles and doubles of the Grand Slam in London, after winning a wild card entry on the back of a string of recent successes, including winning her fourth Swiss Open title since 2013. Photo: Supplied