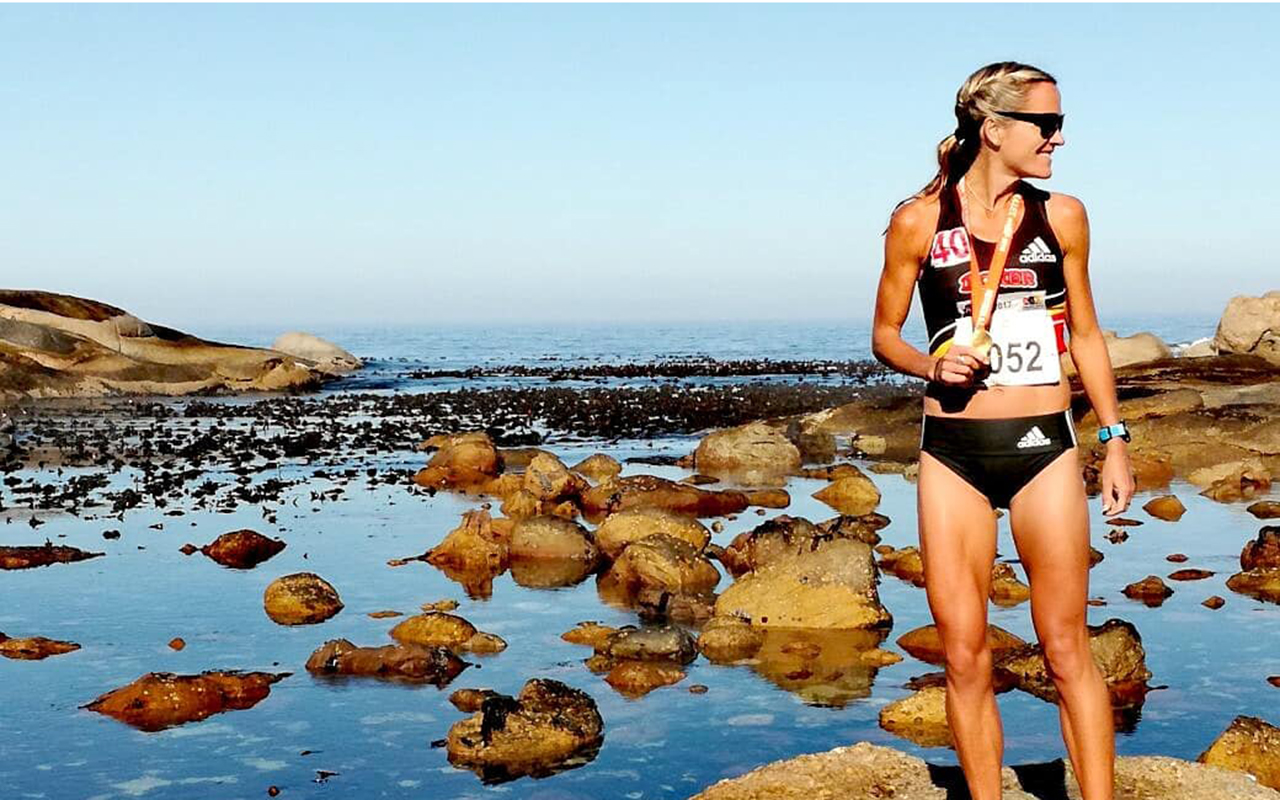 Tanith Maxwell is Not Done Yet

Tanith Maxwell is no newcomer in South African Athletics, this star has been around since 2006 and her name has been on everyone’s lips since the 2018 Comrades Marathon, where she placed 4th in the women’s race, a win she holds close to her heart.

Marathons are something that this 42-year-old has been acquainted with for a long time.

Tanith’s passion for running came from her parents who competed in 14 Comrades Marathons between them, as well as her uncle, Kevin Flanagan, who was also known for his participation in marathons in the early 1980’s.

After receiving her first pair of running shoes from her uncle, there was no stopping the 8-year-old Tanith from following in her family’s footsteps.

Tanith’s many race experiences including the Two Oceans marathon, helped her show what she is made of during the Comrades marathon. This was one of the furthest races she has ever run, since she usually focuses on shorter distances such as the 10km and 21.1km.

She prides herself in achieving all the goals the sets for herself and this time was no different as  she proved once again why she is one of South Africa’s leading marathon runner.

Tanith spoke to gsport about her experience participating in the Comrades Marathon and the goals that she strives to achieve in the future.

Tanith, have you come down from Cloud Nine after your superb 4th-placed Comrades finish?

I am about to board the plane, I am going to Dubai for a long weekend. I am just going to relax, and rejuvenate.

It was a special day, and I am really pleased with my performance.  It was incredible how much support there was for me before, during and after the race, it was unbelievable.

It would have been very special if I was on the podium. I caught the Russian runner Alessa Mozorova with 1km to go, and I thought that she would not be able to hold on to 3rd place. We ran side to side, and she then took off to finish a few meters ahead of me in 3rd.

What were you aiming for when you entered the race?

My training went very well, I felt that based on how my training went, and the time I had in my head, that I could be in the top 3. But I never ran further than 65km in my life, and I was not sure what would happen in the last 25km.

What did you make of the competition in the Comrades women’s race?

It was a very competitive field, and a fast race. There were very experienced Comrades ladies in the field like Charne Bosman, Gerda Steyen, Ann Ashworth, and Mozorova. The girls went out really very fast in the first half.

There were comments from the commentators that this was one of the most exciting ladies races in Comrades.

The top 5 ladies were close together. I am happy that I was part of that.

What do you think was the key to your success?

My build up was smooth, I was injury-free, although little niggles did start popping up in the last two weeks before Comrades . I also did not know what to expect as I never ran those distances.

I was the novice in the race, and there was not any pressure on me to perform.

I was confident that I will do a top-10 run. I don’t think that the media, or other people in the know of Comrades thought that I was a podium contender. That made it easier for me, and I ran my pace and race plan.

Who are your sponsors and how have they contributed to your success?

Sponsors play a huge part in any professional athlete’s career. I have been very lucky to have some incredible sponsors in Boxer Superstores, Adidas, Adidas Eyewear and Garmin SA.

Adidas has been my apparel sponsor since 2005, and Boxer Superstores since 2009. With their financial support, it allows me to be a fully professional athlete. With their support, I eat, train, eat, sleep, train, eat and sleep running

What races are you currently focusing on over the next few months?

I need to get my speed back, Comrades take a lot out of you, and it really slow you down. I will focus on the shorter distances again 10km and 21.1km. I have agreed to an invitation to run a marathon in Europe in their Autumn (October/November).

Who are your biggest supporters on your athletics journey?

My mom was my biggest supporter. She was my best friend. My mom was diagnosed with a very rare Leukaemia in 2014. It was a very tough 4 years for me, and my family.

My mom passed away on the 15 December 2017 in Constantia Hospital. I made a decision after that to do Comrades Marathon, as my mom always wanted me to do the race. Comrades 2018 was for my biggest supporter, MY Mom.

My Granny (who is 91 years) supports me  every step of the way. My dad did 11 Comrades Marathon, and was always very keen on my progress in road running.  Rhyn Swanepoel has been my Manager since 2004, and has been there every step of my athletics journey.

My coach, Andrew Bosch, has played a huge part in my career since 2010. With his input since 2010, my athletics career really just went to the next level.

Who are the women or athletes that you look up to?

I have always looked up to Colleen de Rueck (who now lives in America). She was teaching at Durban Girls College, where I went to school. I also am a huge fan of Paula Radcliffe.

What is your greatest running ambition?

I would really like to see my name as a winner in both Two Oceans and Comrades, and I would like to set a  new SA Record in the marathon for the 40+ category. This record is held by Sonja Laxton (for over 20 years).

Photo 1 caption: Since trying out her first pair of runnings shoes at age eight, SA running icon Tanith Maxwell is not done yet, with a 2018 Comrades Marathon fourth-place finish as testament to her love of the road. Photo: Supplied

Photo 2 caption: The Boxer runner owes much to family footsteps, her parents who share 14 Comrades Marathons between them, and to her uncle and 80’s-era renown Kevin Flanagan, who gave Tanith her first pair of running shoes. Photo: Supplied

Photo 3 caption: Tanith Maxwell’s fourth-placed finish in the 2018 Comrades Marathon is a medal she holds close to her heart. Photo: Supplied

Photo 4 caption: While Tanith usually focuses on shorter distances, such as the 10km and 21.1km, it was the Two Oceans marathon which aided her self-belief in a good Comrades race, now one of the furthest races she has ever run. Photo: Supplied