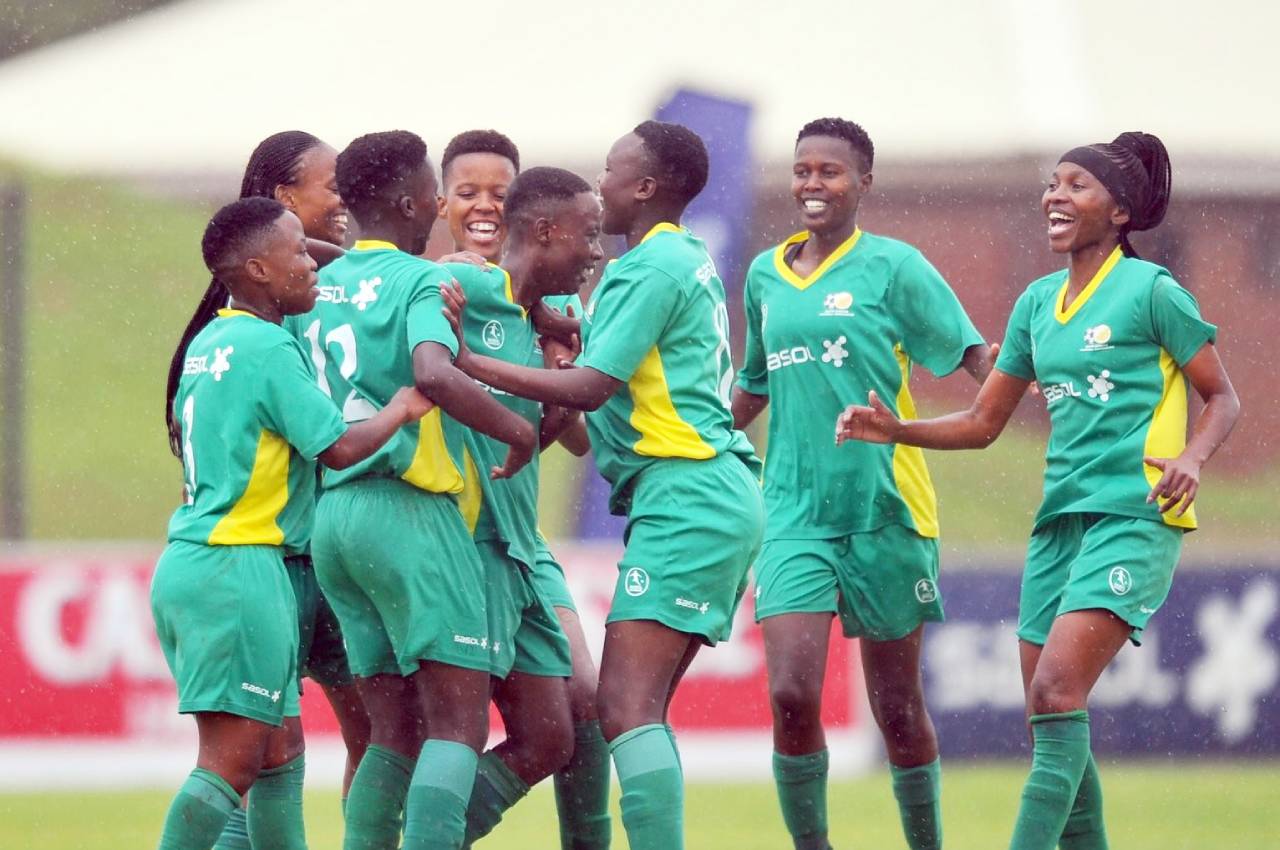 Day Two of the 2019 Sasol National Championships, on Thursday, 4 December, proved to be yet another exhilarating one with an abundance of goals being scored at the Tsakane Stadium in Ekurhuleni.

The opening match of the day saw Sunflower FC claim their first win of the tournament after thumping Ixias FC 8-0. The KZN champions managed to dismantle the defence of the Free State outfit, slotting three goals in the first half and adding another five goals to their tally in the second half.

Sunflower FC’s next encounter will see them facing off against newcomers Vasco Da Gama tomorrow at 15:30, while the Western Cape side will be looking to earn their first three points of the tournament after suffering a 3-1 defeat to Ixias FC.

2019 Sasol Eastern Cape League winners, Executive Ladies, suffered their second defeat in the tournament when they were brushed aside by 2013 Sasol North West title holders, 7-0 in the afternoon fixture which saw Ma Indies leading 2-0 at halftime.

JVW Will Be Eager to Record Another Emphatic Victory

Executive Ladies’ defence was left lagging and couldn’t keep up with the pace of the game which ultimately led to the Eastern Cape side conceding five more goals in the second stanza of the game.

Ma Indies FC will be looking to build on their positive form when they face off against JVW tomorrow at 10:30 am. The Gauteng provincial champions are coming off the back of a thrilling 12-0 win over Executive ladies.

The Mpumalanga-leg winners, Nkomazi Ladies collected their first three points of the tournament when they defeated Northern Cape’s Royal Wizards 3-1 with Chantell Oliphant of Nkomazi scoring the opening goal in the first half of the match.

Royal Wizards will look to bounce back from their defeat when they take on Royal Queens who are on a high after their 2-0 win against Nkomazi Ladies on Tuesday. Kick-off is at 13:00pm.