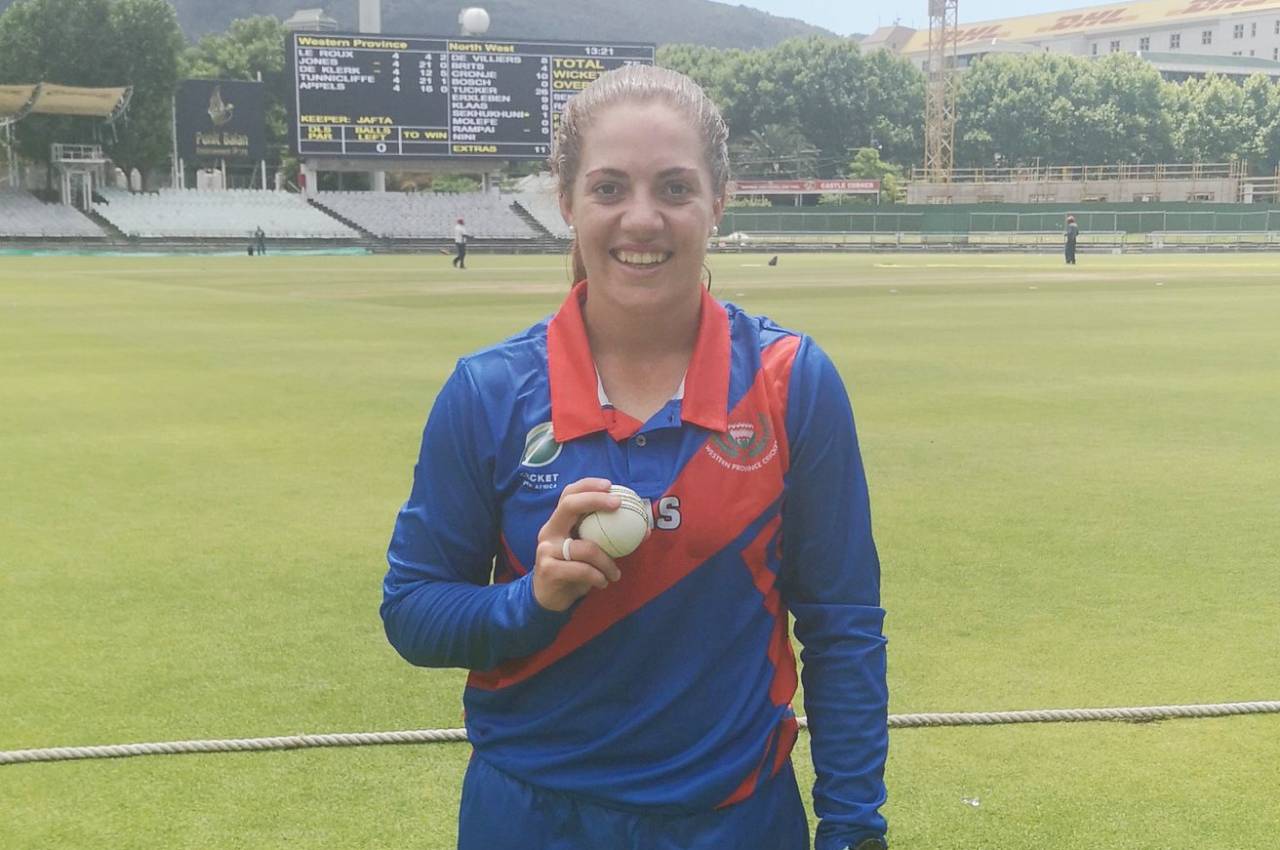 The CSA Women’s Provincial One Day and T20 Competitions continued to showcase spectacular performances over the past weekend.

The KZN side won the toss and bowled first and made light work of the hosts, knocking them over for just 76 inside 30 overs. Jade De Figueredo (4/10) and Nonkululeko Mlaba (4/19) were the stand-out bowlers for KZN.
In reply, the Hollywoodbets KZN Coastal Women’s team lost just three wickets as they knocked off the runs in just over 21 overs. Player and coach, Denisha Devnarain, top scored with 29 from 36 deliveries.

In the second match of the day, Western Province Women won by six wickets against North West Women.

Western Province won the toss and bowled first and knocked their opponents out for a low score of 85 runs in 23.4 overs. Nosipho Vezi pulled off an outstanding performance, taking three wickets for six runs in 4.4 overs. While, Alyssa Erxleben was the top scorer for North West with 22 runs.

With what was an easy feat for Province, Laura Wolvaardt led the way and racked up 49 runs off 57 balls to steer her team to the victory total of 86 runs.

In the third limited overs match of the day, Mpumalanga Women beatKZN Inland Women by 42 runs.

The KZN Inland side won the toss and chose to bowl first. Mpumalanga went on to secure a total of 213/7 in 50 overs, with Angelique Botha scoring a half-century off 92 balls. Both Alexandra Candler (2/43) and A Mngadi (2/31) took two wickets each..

KZN Inland had a good opening partnership but after that lost regular wickets to be all out for 171 in the 42nd over to hand victory to the hosts.

De Klerk Tops the Charts on T20 Debut for Province

The Lions won the toss and decided to bowl first and restricted the visitors to 91/7 in their allotted 20 overs.

Trisha Chetty’s 37 runs from 42 balls was the most significant contribution   for KZN. f
While the Lions were eyeing an opportunity to avenge the previous day’s loss, the bowling from the KZN women proved to be superior and they restricted the Lions to 74 all out in their20 overs.

Dheyanka Naidoo and Dinesha Devnarain both picked up two wickets each and the other bowlers kept the run rate in check throughout to secure a 17run victory for KZN.

It was another low scoring encounter in Cape Town where visitors, North West, won the toss and chose to bowl. Both Lara Goodall and Nadine de Klerk made 21 runs a-piece to contribute to their low total of 90 runs in 20 overs. Masabata Klaas and Alyssa Erxleban took two wickets each for the North West team.

With 90 runs to chase, North West were eager to get the ball rolling, but Provinces’ new recruit, de Klerk had her own tricks up her sleeves as she bagged 5/12 in four overs.

The visitors won the toss and chose to bowl. Mpumalanga women took posted115/5, with Nicolene Janse van Rensburg top scoring with 66 from 58 balls. to For KZN, Sithasiselo Ndabele (2/21)  Zamalotshwa Magubane (2/14) were the stand out bowlers.

KZN Inland were looking for revenge after losing a day before in the limited overs to their opponents, but they suffered the same fate as they managed  only 80/7in 20 overs. Gugu Ngcobo’s 30 runs was the highest individual score for the visitors and Alicia Giles picked up two wickets from six runs for Mpumalanga.