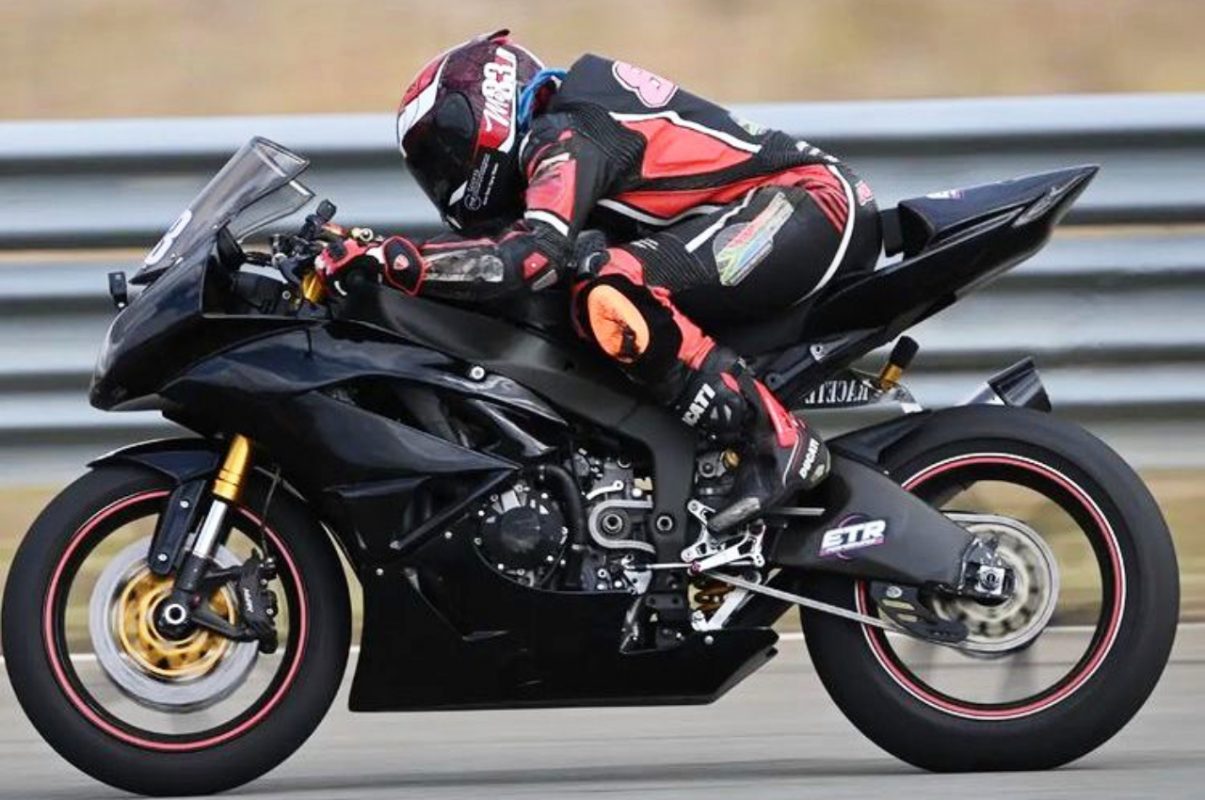 Motorsport South Africa ambassador Morongoa Mahope believes age does not determine your capabilities when it comes to making your sporting dreams a reality.

At 30, Mahope became the first black superbike racer in South Africa and since then, she has made it a priority to introduce more women and young girls to the sport.

She says with charity beginning at home, she introduced her daughter to superbiking, and it led to more people asking to be taught on the track.

Mahope, who forms part of the Eagles Bikers Club Limpopo, is a woman of “firsts” as she states that some of her highlights include being the first woman to qualify for Pole in the Bridgestone Challenge in 2019 and the first woman in 2019/2021 to be selected as ambassador for Ducati SA.

Speaking with Tlamelo Kganakga, Mahope reveals challenges of being part of motorsport in the country and shares her greatest ambition.

Morongoa, thank you for chatting with us. Please give us a brief background of yourself.

Morongoa is a 39-year-old born and raised in Mokopane in Limpopo. I am married and a mother of 3 girls. On a professional note, I studied Financial Accounting at the University of Pretoria and I’m currently a Financial Controller at an advertising agency.

I was very involved in sports during my high school days. I participated in athletics, drum majorettes and ladies’ soccer in high school.

I wanted to pursue a degree in sports management after completing my matric, however I was convinced by my family to rather do an accounting course because they were not convinced that one can make a living from sports.

You started super biking at the age of 30. What inspired you to get involved in the sport?

I was always a superbike enthusiast, loved the loud sound of a bike and always admired how bikes maneuvered in traffic. I promised myself that one day when I can, I will get a bike to “beat” the traffic from home to work. I managed to get into a biking club: “Eagles Bikers Club Limpopo” where I was the first and only lady rider.

We travelled to Mpumalanga, and I enjoyed the curvy roads in Mpumalanga – in fact I outperformed many of my male counterparts during the trip. A friend suggested that I go and ride on a racetrack as he could see how good I was while riding on curvy roads. I went for my first track day in February 2015, the bug immediately bit me and as they say, the rest is history.

How are you going about introducing the sport to the public?

Since I only became exposed to bikes at a late age, I want to introduce motorcycles and especially the sport side of it to the people that are not currently exposed, especially women and kids. There is a saying “Charity begins at home” and because my family were always with me at the racetrack, I introduced my daughter to bikes at the age of 12. Then,  a few people started asking if I can teach them how to ride a bike and the ones who were already riding wanted better bike handling skills.

Caster Semenya for her strong character, even with the challenges she faced over the years.

Desiree Ellis for her involvement as a football player and her continued contribution to women’s football as a coach.

What are some of the challenges you have faced and how have you been able to overcome them?

Motorsport is a very expensive sport and the main reason people don’t get to live the dream is due to finances. Competing against well experienced racers, this means I am forever playing catch up to more experienced riders which requires me spending more time at the track. This comes with its own challenges, i.e time and costs. Competing with men in the beginning was a bit of a challenge as there aren’t many lady racers, therefore we don’t have a dedicated lady’s class.

What would be some of your highlights to date?

Being appointed Motorsport South Africa ambassador to promote the sport and attract more women and black riders to the sport.

In 2019-21 I was the first woman to be the ambassador and sponsored racer of Ducati South Africa. And in 2022, I was awarded by the MEC of Limpopo Department of Sports, Arts & Culture for Excellency for flying the flag high.

To race overseas to show the world that we can compete with the best globally and to introduce more women to this sport.

How does it feel to be the first black superbike racer in SA?

I am proud as it proves that background and age doesn’t necessarily determine your capabilities and that your success is determined by your own confidence, commitment, and fortitude.

I love to dance, and I wanted to be a soccer star.

If you could ride for any team in the world, which team would it be and why?

Motorsport is very much an individual sport, but one can ride for a team and the best teams are in Europe, Spain, or Italy. My dream therefore is to one day race for a top Spanish or Italian team like the VR46 team.

What do you think we as media can do to amplify women’s sport?

Give as much exposure as possible to attract brands and investment for women’s sport.

What’s your advice to women who want to take up sport, but are hesitant because they think they are passed their age?

Nothing is impossible, you can achieve anything you want and if you put your heart to it. We should stop undermining ourselves by making excuses and just work hard for our dreams.

← Naomi Osaka Out of French Open, Doubts She will Play Wimbledon Closing the Visibility Gap on the African Continent →