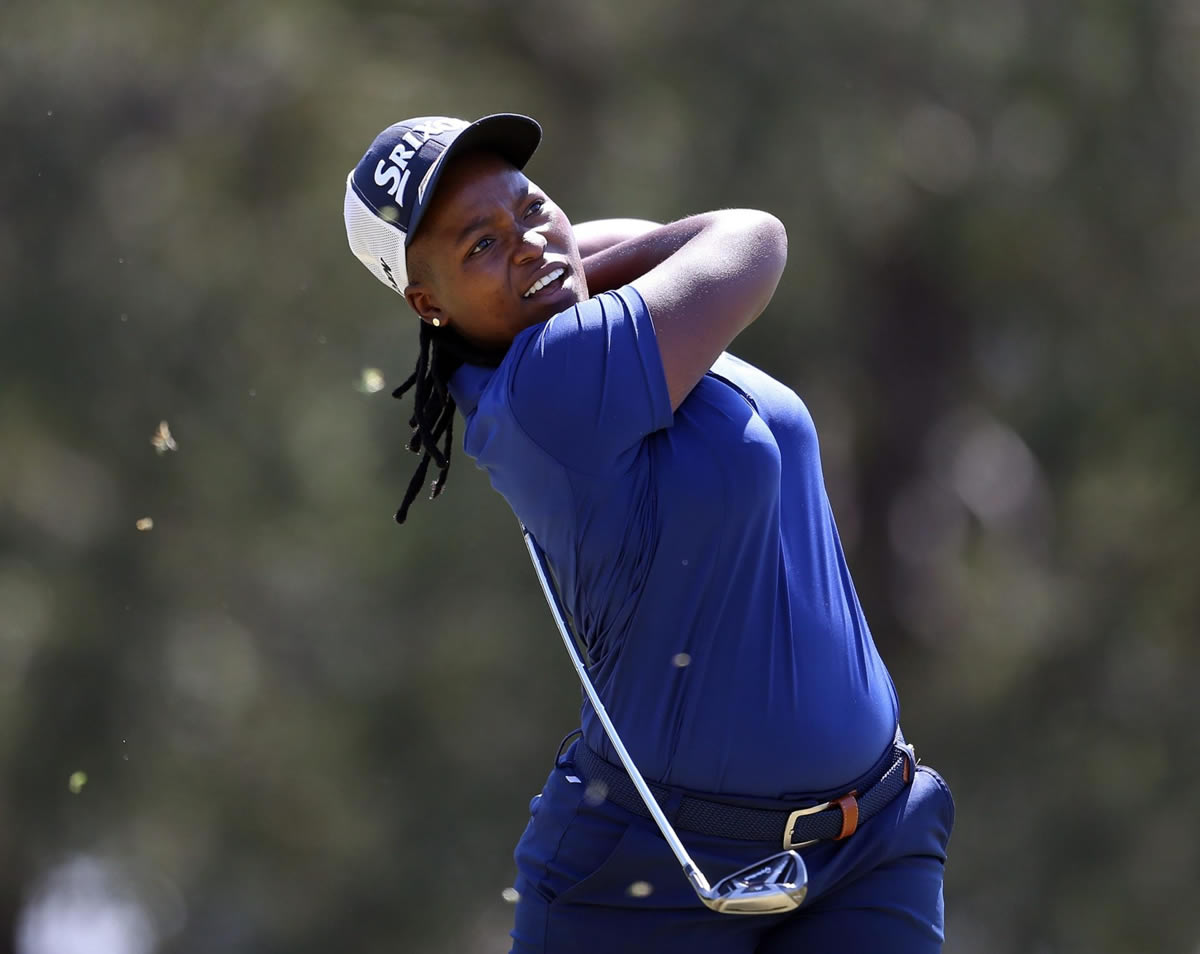 Coming off a glittering amateur career, former GolfRSA Protea Zethu Myeki is relishing her debut in the professional ranks on home soil in this week’s Cape Town Ladies Open, hosted by the City of Cape Town.

“I played in some events over the last two years as an amateur and the competition is fierce,” said the Randpark golfer. “It really tests your ability and character and it will be a stern examination me, but I am really excited to get my pro career underway.

“Thanks to GolfRSA, Women’s Golf South Africa, Ladies Golf Gauteng and the Ernie Els and Fancourt Foundation, I had a lot of opportunities to gain experience. I made a lot of steps in my amateur career and I feel well prepared to take the next step.”

Mdantsane-born Myeki became the first black golfer to earn national colours in 2016 when she represented South Africa in the All-Africa Challenge Trophy in Tunisia and she proudly wore the green and gold on six more occasions, going out in style with a top nine finish in the Girls Competition at the 2019 Spirit International in the United States.

“Being part of the GolfRSA Elite Squad gave me exposure to so many benefits.” – former GolfRSA Protea, Zethu Myeki.

After completing a Golf Club Management degree through the Club Managers Association of America at the end of last year, the 26-year-old decided to join former South African Golf Development Board stable-mates Yolanda and Siviwe Duma on the premier women’s professional circuit in Africa.

“This is probably the most challenging step of my career, but the way I played last year has given me a lot of confidence,” Myeki said.

“Being part of the GolfRSA Elite Squad gave me exposure to so many benefits. I have been working with Costanza Trussoni on my game for about two years now and I am striking the ball better than I have done in years.

“My short game is dependable, and I feel very confident with the putter in my hand. I am also making better decisions on the course. I am able to stay in the moment and play shot-for-shot. I can concentrate on my own shots. I don’t think playing with professionals will intimidate me.

“I don’t expect to come out guns blazing, but I have set myself some targets for the season. I hope to learn and improve over the next few weeks to take an A-Game to the Investec SA Women’s Open at Westlake in March.”

“I haven’t played this course before, which is a bit daunting, but I was happy to see that it has a similar layout to Westlake, Royal Cape and Clovelly, which I’ve played many times before. It’s very tight and tree-lined, and you will have to manage your game really well off the tees. Driving is one of my strengths, so hopefully that will work to my advantage,” she said.

“I think I will probably have a few butterflies in my stomach on the first tee, but if I approach it as just another tournament, I should do just fine. I’m really looking forward to it.”

Myeki will not be the only first-timer making her Sunshine Ladies Tour debut this week.