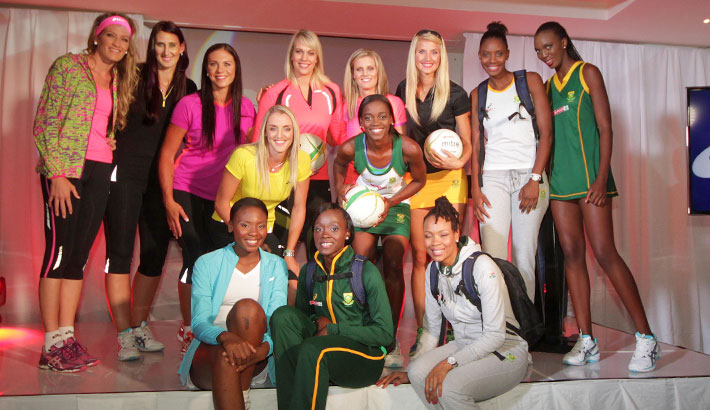 Netball South Africa and Asics South Africa today furthered their partnership with the launch of their brand new technologically enhanced gear for the SPAR Proteas in one of the largest technical sponsorships into women’s sport in the country.

Under the agreement, the global hi-tech sporting goods manufacturer, which has been the official sponsor of the SPAR Proteas footwear for the past two years, has significantly increased its investment into the sport.

Asics will provide Netball South Africa with kit for both the SPAR Proteas and the SPAR U21 ‘Baby’ Proteas. It will also promote its rights with Netball SA and its various brand managers across netball playing schools, national youth and amateur events, and various Netball SA coaching clinics and roadshows.

Netball SA president Mimi Mthethwa said the federation was delighted to further strengthen its relationship with the Asics family.

“Asics’ reputation as a global sports brand, its cutting edge research and development at the company’s Institute of Sport Science, and its track record of sporting success, makes this partnership a very important step forward in the evolution of Netball SA into a commercially successful and premium entertainment brand,” said Ms Mthethwa.

“Asics is therefore the ideal partner to our ambitions of reaching the top of the world netball summit.”

Rykie van der Merwe, marketing manager at Jordan & Co, who currently holds the distribution license for Asics in South Africa, said: “We look forward to continuing our work with Netball South Africa and are excited they have chosen Asics technology to power their global aspirations. We’re approaching this partnership as a collaboration in which we will work together to grow the sport for players and fans, with the right product.”

“Netball is South Africa’s number one women sport and the second biggest participation sport in the country and continues to grow. Women therefore interact with the sport on a daily basis at schools and clubs and we see this as an immense opportunity to be viewed as both the footwear and apparel brand of choice in the sport,” said van der Merwe.

According to Asics, the material for the kit has been developed specifically for performance sportswear with advanced technology to allow for comfort, stretch and recovery, moisture management along with quick drying properties.

The designs of each item in the collection has been created by the Asics development team, who take into consideration all aspects of the game’s demands, and incorporate functionality with current fashion trends and styles. The gear will be produced by local manufacturers to Asics international specification standards.