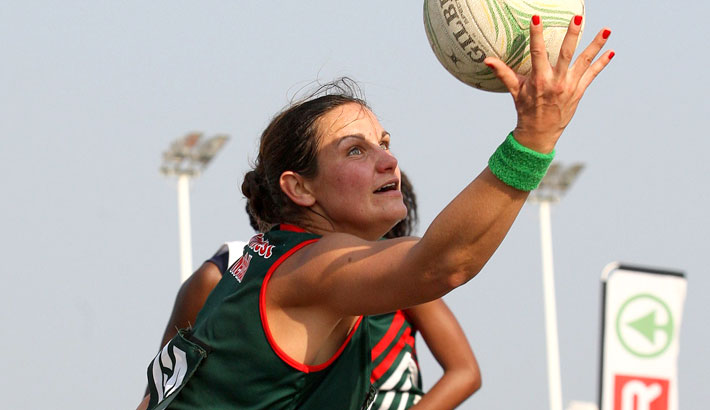 After a hectic week of Netball, North West and Gauteng on Friday booked their places in the final of the SPAR National Netball Championships at the Ugu Sports Centre near Margate, setting up a repeat of last year’s final.

North West retained their unbeaten record at this year’s tournament with a comprehensive 37-15 thrashing of Western Cape A1. The Cape team were outclassed, and it was only in the final quarter that they fought back. They scored just one goal in the first quarter, two in the second and three in the third before winning the last quarter by nine goals to six.

“We set our goal to go in very hard in the first quarter, and we had an excellent first and second quarter,” said North West coach Dorette Badenhorst. “That made it easier throughout the game.”

Badenhorst said she was pleased the semifinal had not been too tough. “We’ve had a hard week, and you don’t want too tough a game before the final,” she said.

She attributed the team’s success to hard work on and off the court, and said her team was mentally and physically well-prepared.

“There’s a good spirit in the team, and we have some youngsters but we also have some experienced players, which makes for a good mix,” she said.

“We lost to Gauteng North in the final last year, after winning all our group matches, so we are going to go in one hundred percent tomorrow.  We don’t want a repeat of last year’s result.”

Gauteng, playing Free State for the second time in two days, registered a solid 27-20 win.  They led throughout and did not lose a single quarter, although the teams both scored five goals in the final quarter.

North West beat Gauteng in their round robin match, which was played on the opening day of the tournament, but coach Jenny van Dyk said the team had improved with every game during the tournament and were much better than the team that lost on Monday.

“I think we’ve peaked at the right time,” she said. “North West are a very good team, and they’ve been playing as a unit for quite a while, so we will definitely not under-estimate them.”

“My players have really grown and shown a lot of character over the whole week, and I’m sure that they will have confidence going into the final. I’m really looking forward to tomorrow,” said Van Dyk.

Free State and Western Cape A1 will meet in the play-off for third place on Saturday morning, ahead of the final.

Eastern Cape finished fifth on the log, followed by Western Cape A2. KwaZulu-Natal A2 were the only team in the A section to lose all their games, finishing at the bottom of the log.

Photo 2 caption: Kifiloe Tsotetsi of North West on the attack with Melandi Pretorius of  Western Cape defending in the semi-finals Photo: Reg Caldecott