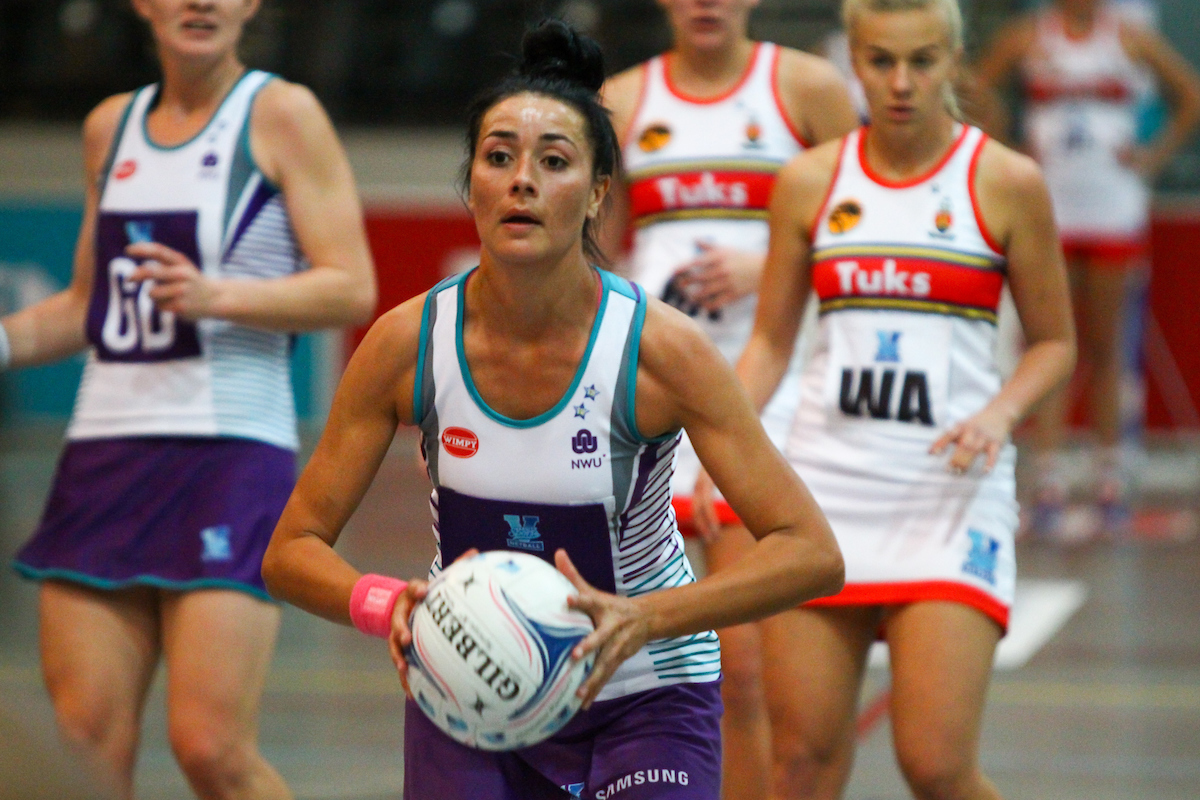 In Round Two of Varsity Netball and with their Jaguars players back, UP Tuks, current defending champions, took on the North-West University in a rerun of last year’s final. Both teams put up a fight, but NWU came out on top, winning 81-73 in Bloemfontein on Monday.

Tuks started strong by turning and converting the first centre pass, but NWU quickly fought back with long range shots by Jessica du Plessis and interceptions by yesterday’s FNB Player of the Match, Monique Reyneke. The scores stayed within a two-goal margin for the most part of the quarter with the score standing at 15-14 to NWU after the first 15 minutes.

With no changes on either side, it was NWU’s turn to start strong by converting their first centre pass and Reyneke intercepting the second. NWU quickly extended their lead, but Tuks made a fantastic effort to get the scores even after trailing by more than 5 goals and went into half time trailing by just 2 goals, leaving the half time score at 35-33.

NWU took to court with a bang, quickly extended their lead to a 5-goal margin. With 10 minutes left in the third quarter the first Power Play was called and used well by both teams with each scoring three double pointers taking the score to 49-43. Shortly after, the defending champions made some changes with their captain, Tshina Mdau, moving to wing defence and Anique Grobler taking over at wing attack. It didn’t take long for NWU to reach a 10-goal lead. Tuks slowed them slightly, but the team from the North West ended the quarter strong leading 59 goals to 51.

The final quarter started with a couple of changes on both sides. Tuks started well, closing the gap and making good use of the first part of the second powerplay scoring two double pointers. Unfortunately for the Pretoria side, their opponents quickly picked up the tempo and scored 8 points by the end of the Power Play, putting the score at 71-63 with 8 minutes left to play. Tuks made two more changes with Lebogang Kekana coming on at wing defence and Juzelri Garbers coming back on at goal keeper.

Although Tuks put up a much better performance tonight, they did not manage to stop the ladies in purple who quickly extended their lead again to win the match 81-73.