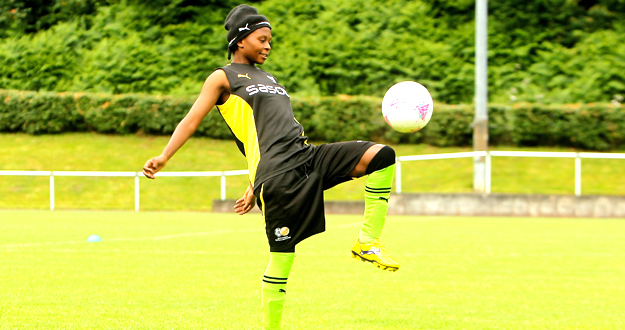 Speaking from Russia, Nyandeni said she was beginning to reap the benefits of playing in a professional women’s league, and was having a good time in Eastern Europe.

Nyandeni has earned herself accolades at Rossiyanka, scoring seven goals in 14 league games, making her the top goal scorer at the club. The team is currently top of the league table.

Nyandeni, who has already spent close to three years abroad, said she has adjusted well at the club. “Having been in Russia for almost three years now, I must say I am having the time of my life.

“It has been a very fulfilling experience, and I could not have asked for more. My club mates have been very supportive, and I have also been able to make new good friends with most of them,” said Nyandeni.

“I have also adjusted well to the weather conditions. We are getting close to the summer season now and conditions are becoming warm and enjoyable. The chilly weather has its down side but I have grown accustomed to it, and I feel at home now.

She said playing in a professional league was one of the most fulfilling experiences as one has an opportunity to witness a professionally administered league.

“The competition is tough, there are no weak opponents and the stakes are much higher,” said Nyandeni whose club lost in the quarter-finals of the UEFA Women’s Champions League to German side Wolfsburg. “I had a good game but the Germans were just too good for us.”

Nyandeni adds that despite losing in the last eight, competing in Europe’s premier tournament was an experience she will cherish forever. “It was a huge disappointment for the club, having made it that far.

“We had worked extra hard to ensure that we remain in the competition. Our coach however, told us to hold our heads high and focus on maintaining our lead on the log table, to enable us to have another crack in the same competition next season.”

The forward said she would like to thank the Sasol League for opening doors for her to play abroad. She said she would definitely use the experience she has gained in Europe to help the national team progress in the upcoming competitions. 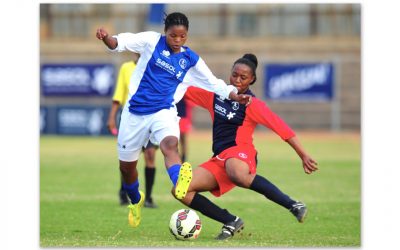