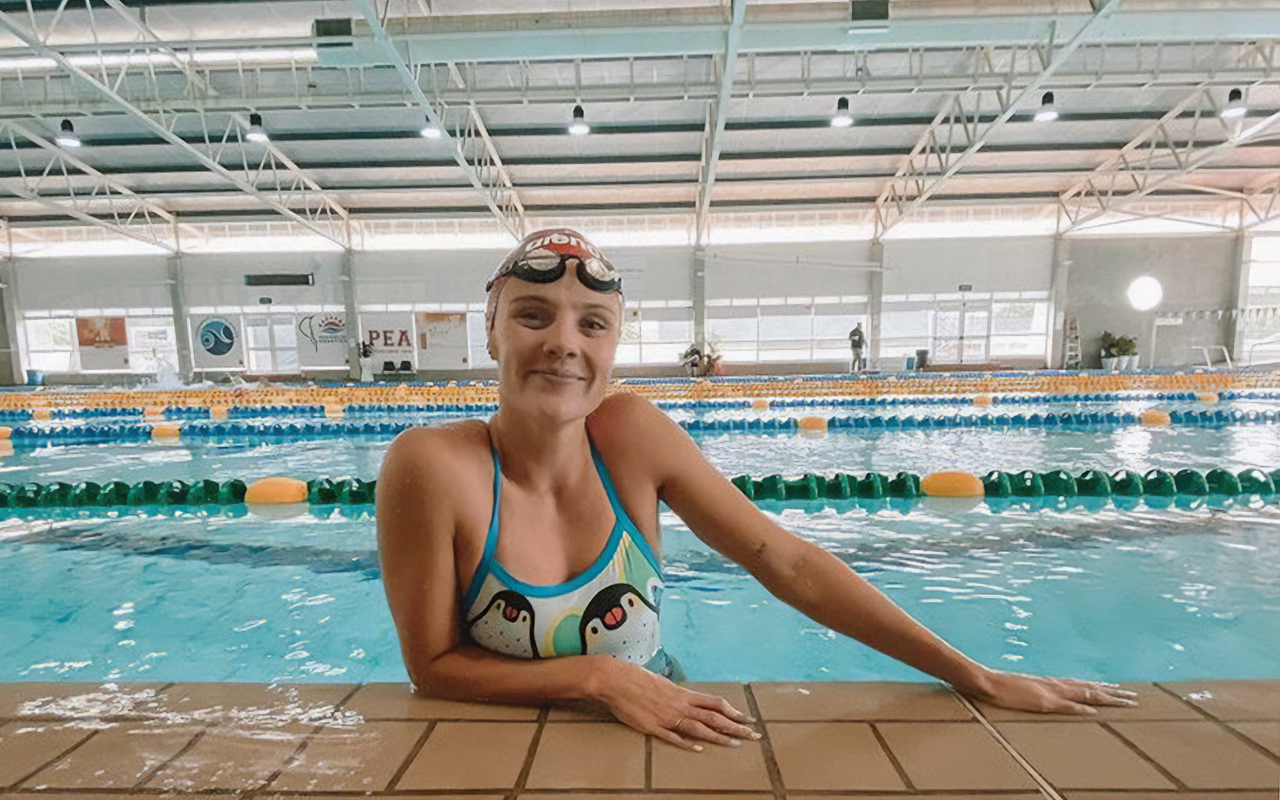 South Africa’s Olympic and Paralympic-bound swimmers produced a thrilling final day to the Durban leg of the SSA Swimming Grand Prix, which was held at the Kings Park Aquatics Centre on Sunday, 30 May 2021.

Tatjana Schoenmaker dominated the finals, adding two gold medals to her tally in the 50 and 200m breaststroke.

There was no stopping Alani Ferreira (S13) as she added the 400m freestyle to her Paralympic Qualification list with a new Africa Record time of 4:57.14, while Cornelle Leach (S12) posted a new African Record in the heats of the 100m freestyle with a personal best time of 1:09.54.

In the 100m backstroke heats, Kat Swanepoel (S2) finished with a Paralympic Qualification time of 2:16.94 and followed that performance with a new South African Record in the 100m freestyle in 1:52.77.

The final teams for the Olympic and Paralympic Games will be selected by SASCOC.

Click on the image to read about Day 2 at the Swimming SA Grand Prix:

Photo 1 Caption: Kaylene Corbett earned second place in the 200m event at the the SSA Swimming Grand Prix, which was held at the Kings Park Aquatics Centre on Sunday, 30 May 2021. Photo: Kaylene Corbett (Instagram)