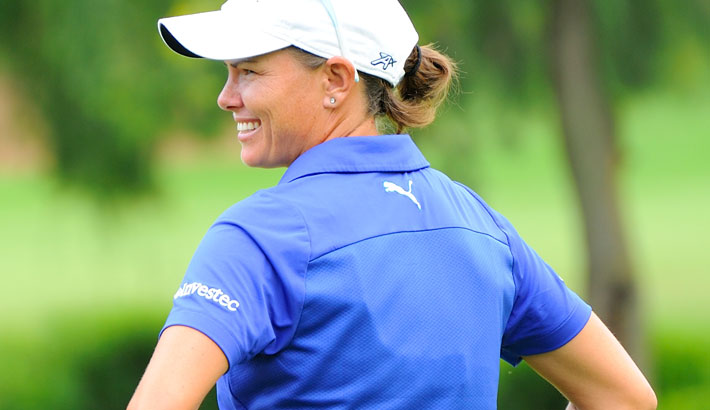 Buoyed by another great result on the LPGA Tour on Sunday, former Ladies European Tour number one Lee-Anne Pace heads to New York this week for the season’s fourth Women’s Major Championship.

South Africa’s top golf export vaulted into the top 10 at the Meier LPGA Classic in Michigan with a four under 67 on Saturday. Pace offset three bogeys with two birdies in a final round 72 to tie for 12th on five-under-par 279.

“I hit a lot of good drives and iron shots and made some really good putts, especially on Saturday. My friend from the Ladies European Tour, Anne-Lise Caudal, came for a visit but ended up doing emergency bag duty and it was great to have her company on the course.”

Although she made less than half of her pay day for a joint fourth finish at the Marathon Classic last month, the $22,993 cheque took Pace’s earnings for the season over the $140,000 mark.

The Pearl Valley golfer climbed to 55th in the Race to CME Globe and moved to 51st on the LPGA Official Money list in her 10 starts.

After missing the cut at the first Major of the season, the Kraft Nabisco Championship, the regular starts in the United States has certainly benefited Pace’s game.

The reigning Investec Cup for Ladies champion recorded a career-best 43rd place finish in the US Women’s Open Championship and a share of 29th in the Ricoh Women’s British Open.

South Korea’s Mirim Lee and compatriot Inbee Park tied at 14-under-par 270, but Lee claimed the podium finish with a birdie at the second play-off hole.