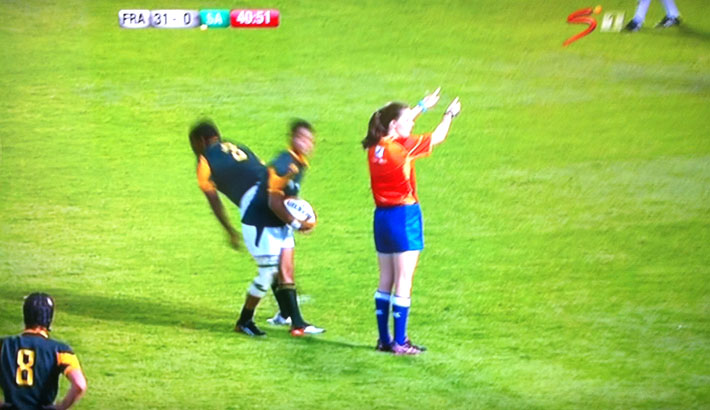 Springbok Women’s captain Zenay Jordaan on Monday called on her team to dig deep in their two final Women’s Rugby World Cup clashes to achieve their goal of improving on their 10th place finish in the 2010 showpiece.

South Africa will meet Samoa in their penultimate World Cup clash at the French Rugby Federation in Marcoussis on Wednesday and should they register a victory they will secure a place in the 9th and 10th place playoff on the final day’s play on Sunday.

Jordaan admitted that their performances in the pool stages was disappointing, but she said they had to focus on winning their last two matches rather than dwelling on their results up to now.

“We have two matches left and we owe it to ourselves, the coaches and the country to win those games,” said Jordaan.

“Unfortunately errors at crucial times and bad decision-making cost us in those matches, but we showed good signs on attack when we had possession and we created several point-scoring chances.

“This time, however, it is vital that we convert those chances into points. I have no doubt that if we had done this from the outset our results would have been much better.”

The team returned to the training field on Monday to prepare for the clash against Samoa after having Sunday off to recover from the Wales match, and Jordaan was pleased with the intensity of the training session and the team’s determination to salvage some pride in the tournament.

“The physical matches in the pool stages and the short turn-around time between them has definitely taken its toll on the players, but it is fantastic to see their commitment to continue fighting for victories,” Jordaan said.

The match-22 to face Samoa will be announced on Tuesday.

Photo 1 caption: South Africa are awarded a penalty kick against 2014 Women’s Rugby World Cup hosts France, during their second fixture of the IRB world event, on Tuesday, 5 August, 2014. The Springbok Women suffered tough losses in each of their three group matches against Australia, France and Wales, and play Samoa on Wednesday in an effort to improve on their 1th-place finish in 2010. Photo: Screengrab of the Supersport match broadcast

Photo 2 caption: South Africa Springbok Women skipper Zenay Jordaan lines up her kick. South Africa have scored a lone penalty kick in each of their group matches, and Jordaan has called on her team to dig deep in their final two placement matches. Photo: Screengrab of the Supersport match broadcast