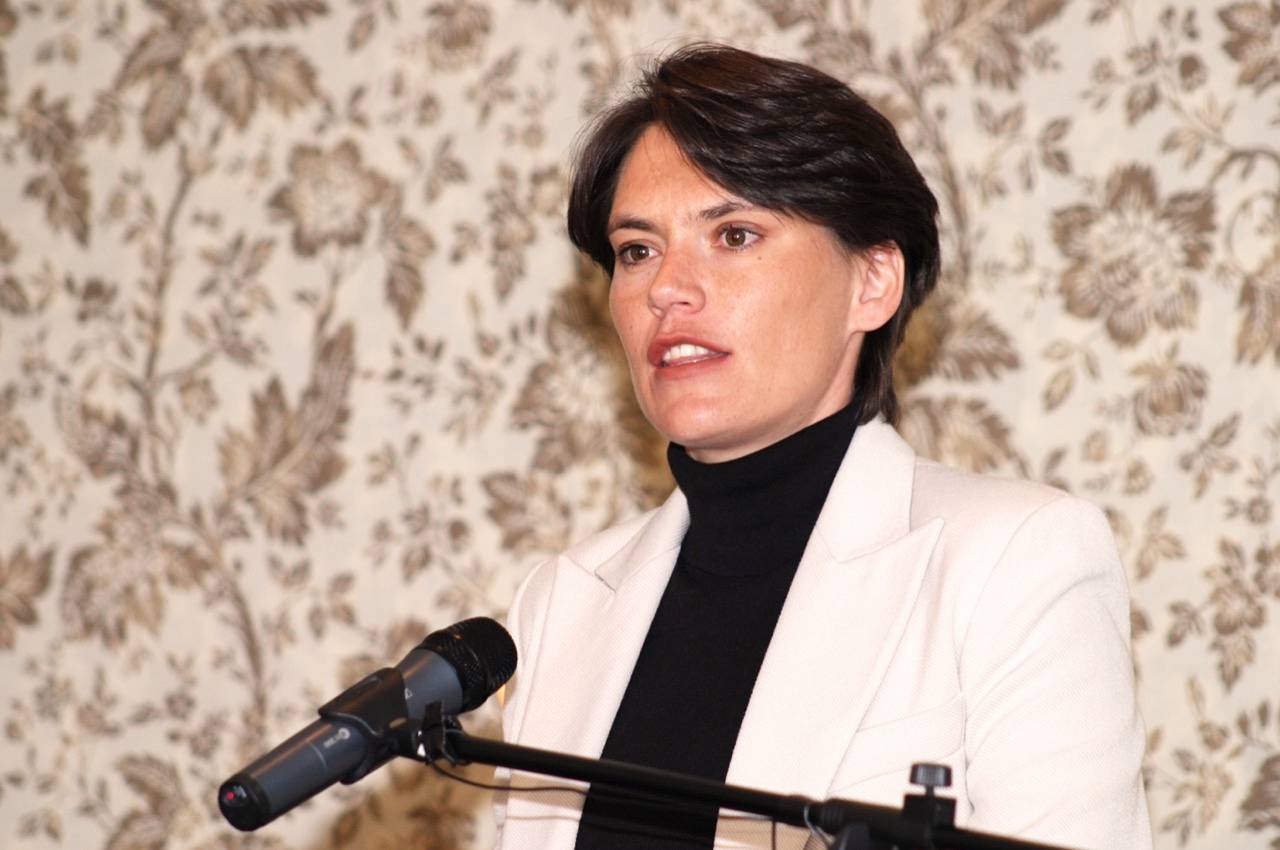 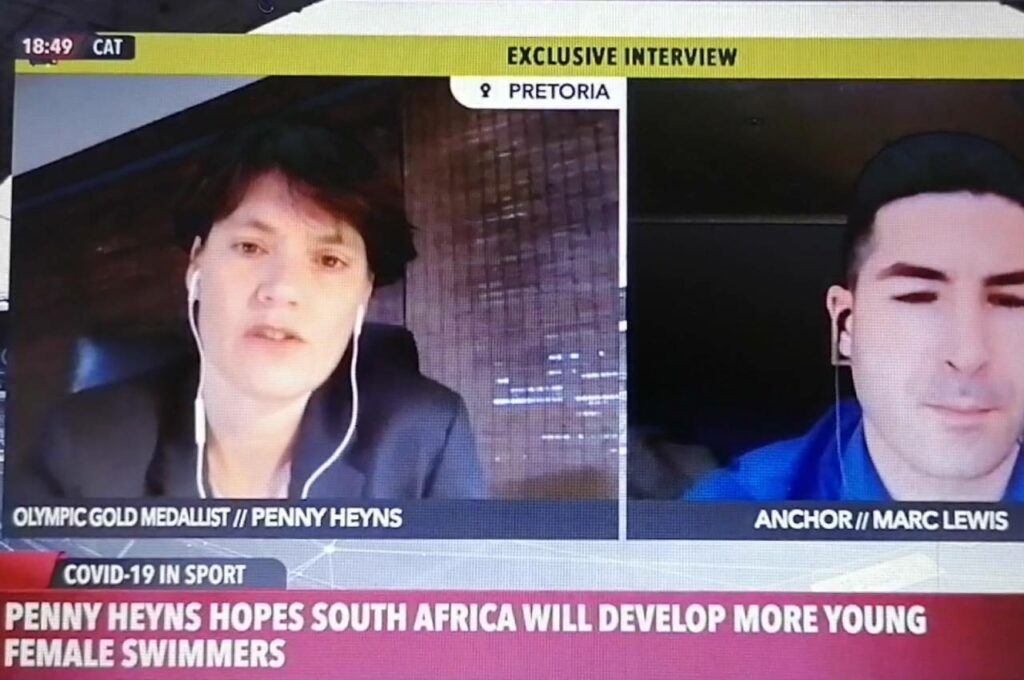 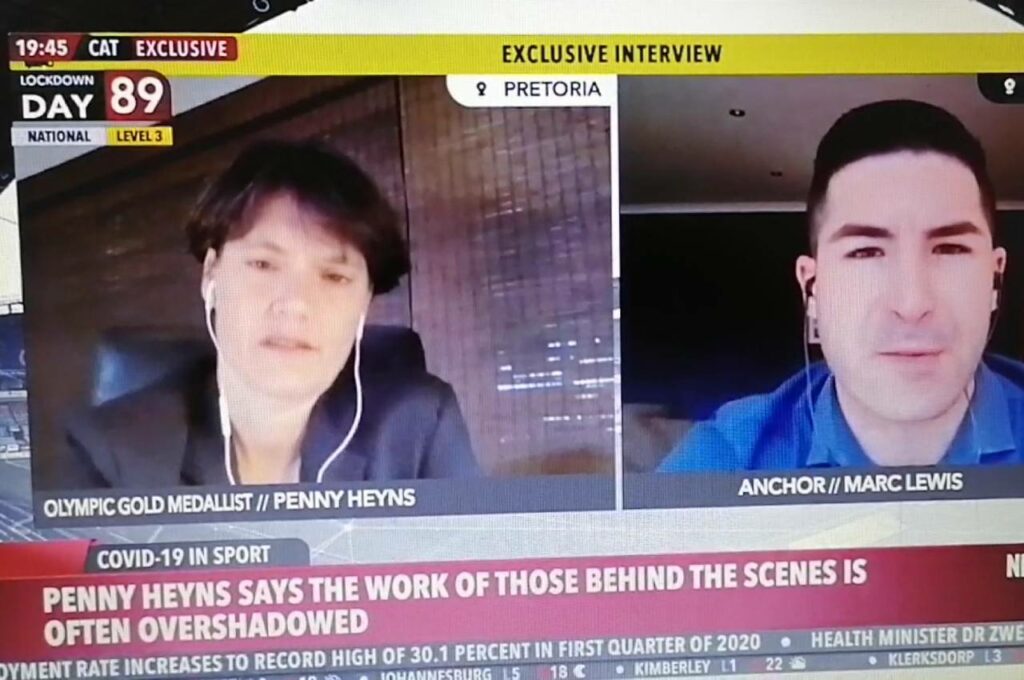 Two-time Olympic champion, Penny Heyns, is enjoying her role as 2020 Momentum gsport Awards ambassador and hopes to continue playing her part to inspire South Africa’s next generation of women athletes.

The international swimming icon commended gsport for continuing to recognise female talent across various generations, and lauded prominent women-in-sport sponsors Momentum and SPAR as corporate entities who have stood by the recognition platform over the years.

“It’s really great that they have been able to recognise our female talent and not only the current talent, but to keep those of us who are from the former generation involved in all of this,” said Heyns to Newzroom Afrika’s Marc Lewis.

“gsport has definitely given me the opportunity to still play a role in being an ambassador as I am now, and in the past a trustee; to be able to help nominate and promote and recognise our upcoming talent.” – Double Olympic gold medallist and 2020 Momentum gsport Awards ambassador, Penny Heyns

In an in-depth interview featuring segments in both sports bulletins on the prime-time show anchored by Cathy Mothlatlana on Tuesday evening, Heyns explained that the awards also aims to celebrate women who dedicate their time behind the scenes, and are involved in developing the athletes on the field.

“My experience post-retirement is, I wouldn’t want to say an administrative role, but I am playing a role a little more behind the scenes and I realised so much more that we as players on the field we’re not the main show.

“Behind the scenes there’s so many people dedicating their lives towards the sport, longer than perhaps our careers lasts as players and it’s great that the awards is recognising the ladies that are making a difference be it in social media, print…

“We’re starting to see that among our other girls as well who are following her path.” – Heyns speaks on Tatjana Schoenmaker’s success and playing a role in inspiring other young girls to follow her path.

“There are several other awards that are so important, the Volunteers (Award), and I think without volunteers we wouldn’t really exist, would we?”

Heyns believes that we need role models who will be able to lead the way, in order for young girls to succeed.

“Hopefully now with the likes of Tatjana (Schoenmaker) – it’s interesting to know that Tatjana is really come into her talent, she’s more of a mature athlete – we’re starting to see that among our other girls as well who are following in her path.

“They are sort of in their nineteens and 20’s and I think that’s really what we want. We want to be at our strongest from an early age.”

Photo 1 Caption: Two-time Olympic champion, Penny Heyns, is grateful to have the opportunity to be part of the 2020 Momentum gsport Awards as ambassador and hopes that she will be able to continue playing her part in building South Africa’s next generation of female athletes. Photo: gsport

Photo 3 Caption: In her interview with Newzroom Afrika, Heyns also on the importance of recognising the work done by the people behind the scenes. Photo: Screenshot