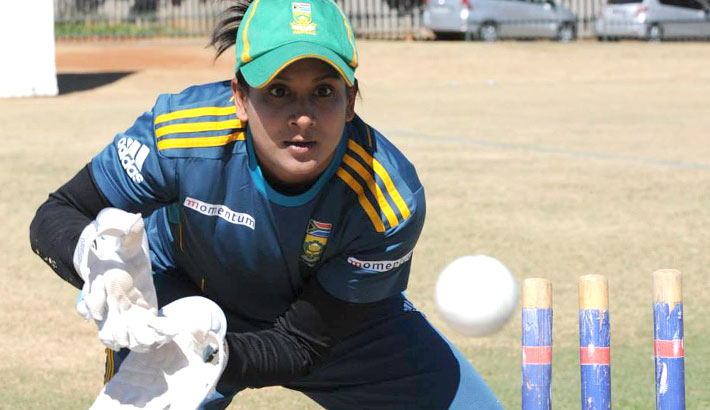 The Momentum Proteas women have completed their final camp ahead of their departure for England on Monday.

The team have been gathered at the Cricket South Africa (CSA) Centre of Excellence for one last three-day camp before their two, three-match Twenty20 series against England and Ireland from 1-10 September 2014.

“We’ve been preparing for this tour for the past three months,” head coach, Hilton Moreeng said. “The team have been involved in the CSA National Academy for the first time in history and this has served us well in helping our players prepare for all eventualities in England. We know that it’s going to be a tough tour but I’m backing our preparation and the team’s drive to see us through.”

South Africa have not toured England since 2008 and have lost all of their matches against the World’s number three side in their recent clashes, most recently, the semi-finals of the ICC Women’s World T20 earlier this year, but captain, Mignon du Preez says all that is behind them now.

“The past is is gone and we are looking forward to the future,” she commented. “England are definitely one of our toughest competitors and we have a lot of respect for them, but we are a completely different side from the one they face in the World T20. Being part of the National Academy has benefited us immensely and we are mentally stronger than we have ever been.

“I’m looking forward to a really competitive series against England and Ireland, in conditions that are foreign to us and putting all the lessons of the last three months to good use. The team are really amped to get going and are excited to show what we’ve got,” she concluded.

The team depart from OR Tambo International Airport on Monday night on Emirates flight EK 766 departing at 22:20.

Photo 1 caption: Momentum Proteas women vice-captain Trisha Chetty has her eyes on the ball, as the team concludes their final camp ahead of their departure for England, to play two three-match series against England and Ireland. Photo: Cricket South Africa on Facebook