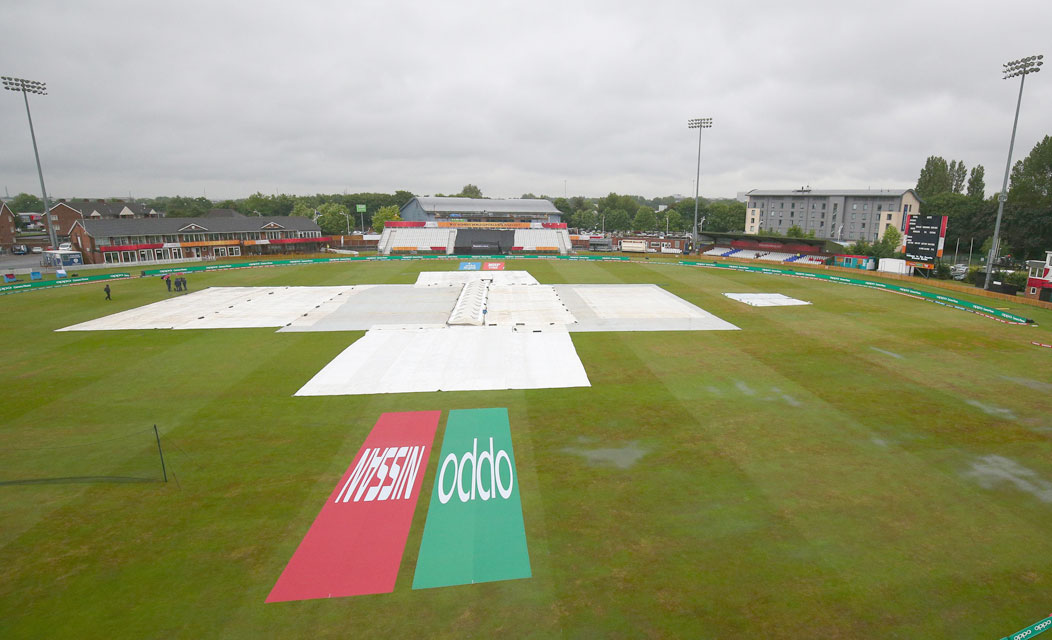 Persistent rain saw the Momentum Proteas’ second fixture in the 2017 ICC Women’s World Cup against New Zealand abandoned without a ball bowled at the County Ground in Derby on Wednesday.

The teams shared the points, taking New Zealand to the top of the tournament log with South Africa coming in second place.

Both sides come off victories against Pakistan and Sri Lanka and while New Zealand’s was a convincing, nine-wicket affair thanks to captain, Suzie Bates’ unbeaten 106 in their 189-run chase, South Africa’s was a thriller that ended with no. 9 batter, Shabnim Ismail (22 off 16 balls) winning the match for her team with an over to spare after a middle order collapse.

Proteas captain, Dané van Niekerk felt the frustration of the day, spending it waiting for the team to hear word on whether they will get game time or not, but she is looking forward to her team’s next assignment against the West Indies this Sunday.

She said: “It’s been quite frustrating watching the rain all day, sitting in the change-room and trying to stay busy but also mentally switched on in case we’re told we can go on, but we’re looking forward to the game against the West Indies.

“You don’t come to a tournament like this to share points, but then again we have to move on and look forward, we have a lot of games that still need to be played and we have to be ready tomorrow for our training ahead of Sunday’s match.”

Photo 1 caption: It was a sad case of Match Abandoned without a Ball Bowled for South Africa’s second ICC Women’s World Cup fixture, against New Zealand in Derby, on Wednesday, 28 August, 2017. Photo: ICC
Photo 2 caption: A forlorn Momentum Proteas change room at the County Ground, as the team accepted the single point from the abandoned match to lead the tournament log with New Zealand each on three points after two matches, with the islanders taking pole position courtesy their higher net run rate. Photo: ICC
Photo 3 caption: Head groundsman Neil Goodrich talks to match officials ahead of the start of scheduled play between New Zealand and South Africa. Photo: ICC
Photo 4 caption: SA batsman Mignon du Preez makes the most of the miserable conditions by accommodating autograph hunters at the ICC Women’s World Cup. Photo: ICC