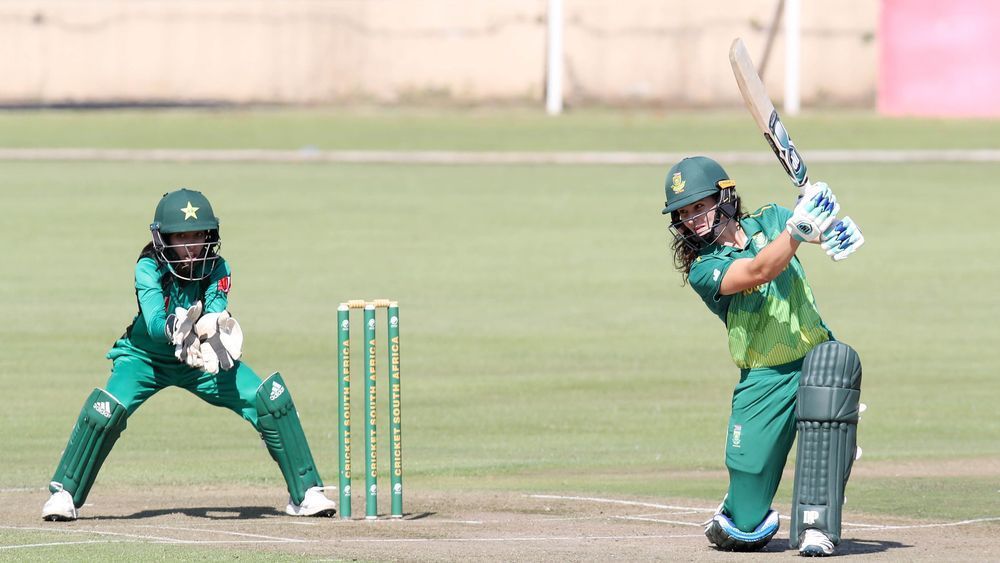 The Proteas women came into the 3 match series in high spirits and good form after whitewashing Sri Lanka women in both the ODI and T20I series earlier this year.

With Marizanne Kapp making her 100th ODI appearance for South Africa, and Suné Luus being appointed as the stand in captain in the absence of injured Dane van Niekerk, the ladies were hoping to make it a memorable series.

The home side were thrashed in the opening game of the series when they were bowled out for 63. Pakistan women went on to win that game by great margins.

Realizing the importance of staying in the series, the Proteas were determined to win the second ODI and level the series, they fought hard, in ProteaFire style, with Tumi Sekhukhune doing the job upfront. Masabata Klaas was the pick of the bowlers as she took a hat-trick in the 39th over. The ladies bowled out their opposition for 147.

Proteas opening batters, Lizelle ‘the aggressor’ Lee and her partner Laura Wolvaardt set up a solid first wicket partnership of 76. After the departure of Lee (40), Wolvaardt (74*), with the help of captain Luus (21*), sailed to a comfortable 8 wicket victory over Pakistan women to level the series 1-1.

Hashtagged #thedecider, was to be an exciting game of cricket. Having both teams level on 1-1, it could’ve gone either way.

With the squad unchanged from the last two games, the home side got off to a great start. Lee (57) and Wolvaardt (56) scored back to back half centuries. Skipper, Luus, contributed with a marvelous 80 runs to help her team reach 265 in their allocated 50 overs.

Kapp fired first as she got the wicket of Ameen. Wickets from Shabnim Ismail and Klaas saw the visitors 3 down with only 37 runs on the scoreboard. Klaas shone with the ball as she took yet another 3-fer in the series.

Pakistan’s perseverance saw the match being tied after they scored 11 runs in the final over. The series ended with spoils being shared between the two countries.

SA climbed the ICC rankings to fourth place. Wolvaardt was awarded player of the series, as she was the leading run scorer (134 runs) for SA.

Photo Caption: Proteas batter Laura Wolvaardt was named Player of the Series, following the conclusion of the 3-match ODI tournament in South Africa, shared after each team won a match, with the third ODI drawn without the benefit of a super over. Photo: ICC Online Media Zone