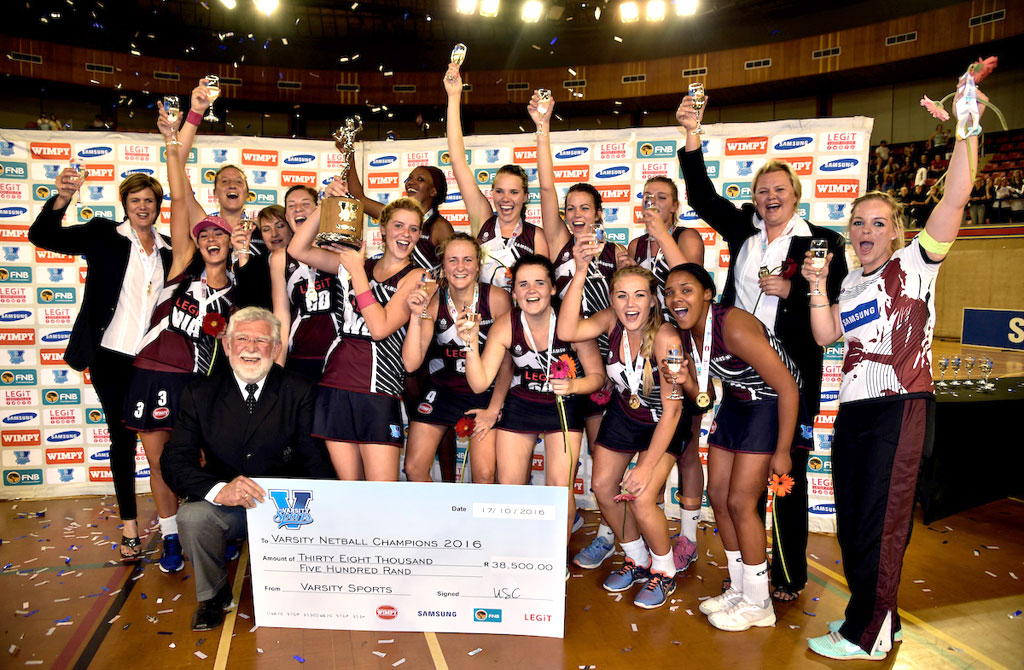 Defending Varsity Netball champions Pukke narrowly retained their title 56-55, seeing of a spirited TUKS effort in a final that went down to the wire in Pretoria on Monday, 17 October.

Each team scored off of each other’s first centre passes as both teams were eager to impress in the opening encounters.

Long passages of play from both sides characterised the first quarter, as a strong defensive unit were in full force. It was back and forth with Pukke enjoying the early lead, before Tuks forced a points advantage for first time in the 10th minute.

Pukke regained their lead in the sixth minute of the second quarter after a couple of crucial interceptions by the away team. The North-West University made two technical changes as Monique Reyneke made an appearance, but Tuks evened it up with three minutes left in the quarter, only for the defending champions to regain their lead once again, finishing the second quarter 27-25 up ahead of the second half.

It was a fast-paced start to the second half and Pukke looked to build on their advantage.

It was all set as a power play was called in the beginning of the quarter, which saw NWU outscore the University of Pretoria by 3-2, to add to their four-point lead.

Proteas duo Burger and Stoltz displayed their big match temperament as they were cool, calm and collected in the shooting circle.

It was an incredible comeback from the Tuks team after losing goal attacker Melissa Kotze to injury, but replacement Ine-Mari Venter combined well with the experienced New-Zealand-league-bound Potgieter, to level scores at the end of the third quarter.

The scene was set for a thrilling final quarter and the finalists did not disappoint. UP-Tuks were able to build up a narrow two-goal lead before the power play handed the defending champions an opportunity to show their composure and outscore the home team.

The crowd were on the edge of their seats as it was back and forth; the lead constantly changing hands. It would be a battle of the goal circle as Burger and Stoltz pulled an ever so narrow win for the North-West University.

The final score read 55-56 in favour of the visiting side as Pukke successfully defend their Varsity Netball title.

Photo 5 caption: The home TUKS team pictured in the Rembrandt Hall in Pretoria ahead of the 2016 Varsity Netball Final, on Monday 17 October 2016. Photo: Christiaan Kotze/SASPA